2004 was quite the time. It was the year we fathomed the possibility that some of our friends and neighbors just might be Cylons thanks to Battlestar Galactica. Hot on the tail of that pivotal TV series, Rubblemaker has built a minifig scale LEGO MKII Cylon Raider. He’s captured the bat-like shaping and complex curves nicely. It’s been a while since we’ve seen Cylon Raiders here on The Brothers Brick so it’s neat, in a sense, when someone builds something long after its relevance has peaked. There are a lot of great new parts that weren’t available to us back when seeing a slew of these at LEGO conventions was as ubiquitous as used Toyotas. The builder tells us this model is 32.5cm long and 20cm wide and is made of 656 pieces, including the stand. It is also highly swooshable, which is important stuff when building LEGO spaceships. 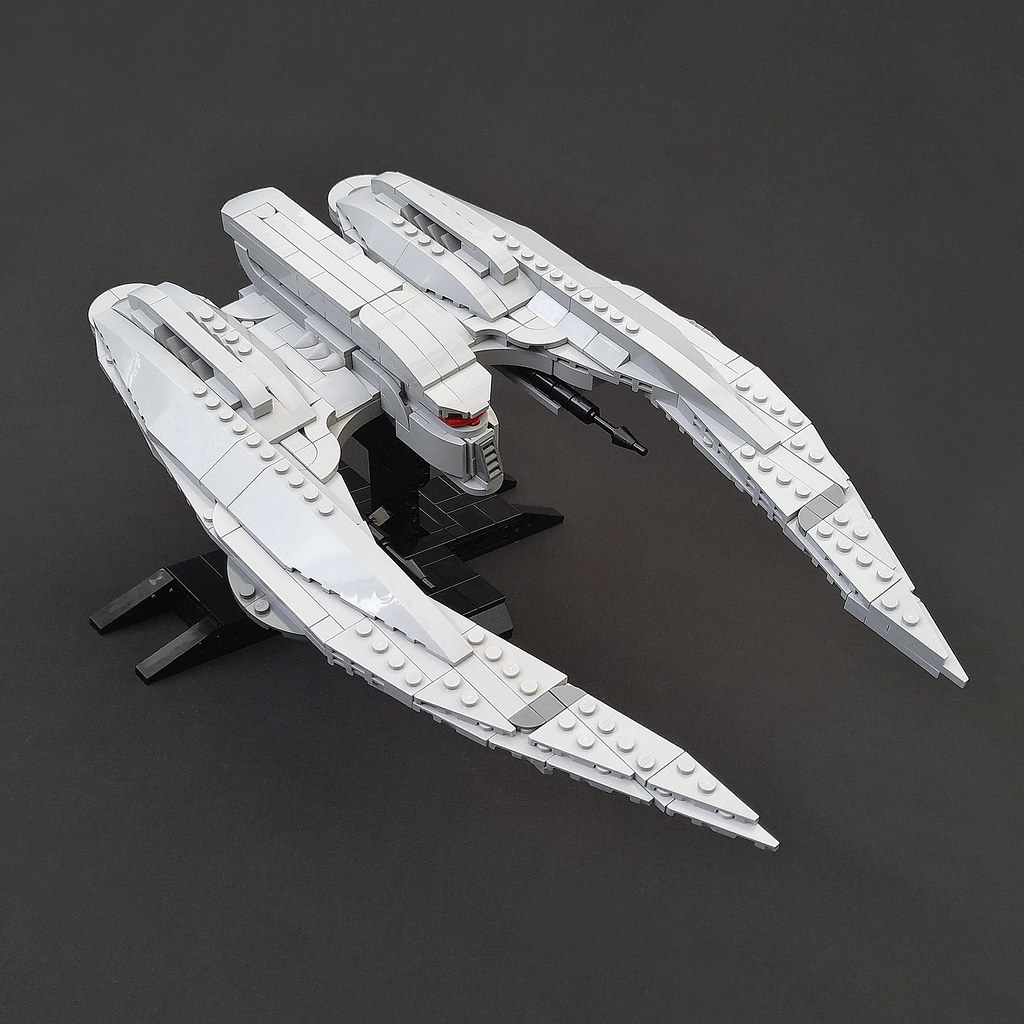 Now, what is that song I hear? It’s like a weird version of All Along the Watchtower. Do you hear it? Maybe it’s just the bourbon. Or is it? While you’re mulling that over check out more Battlestar Galactica stuff in our archives. 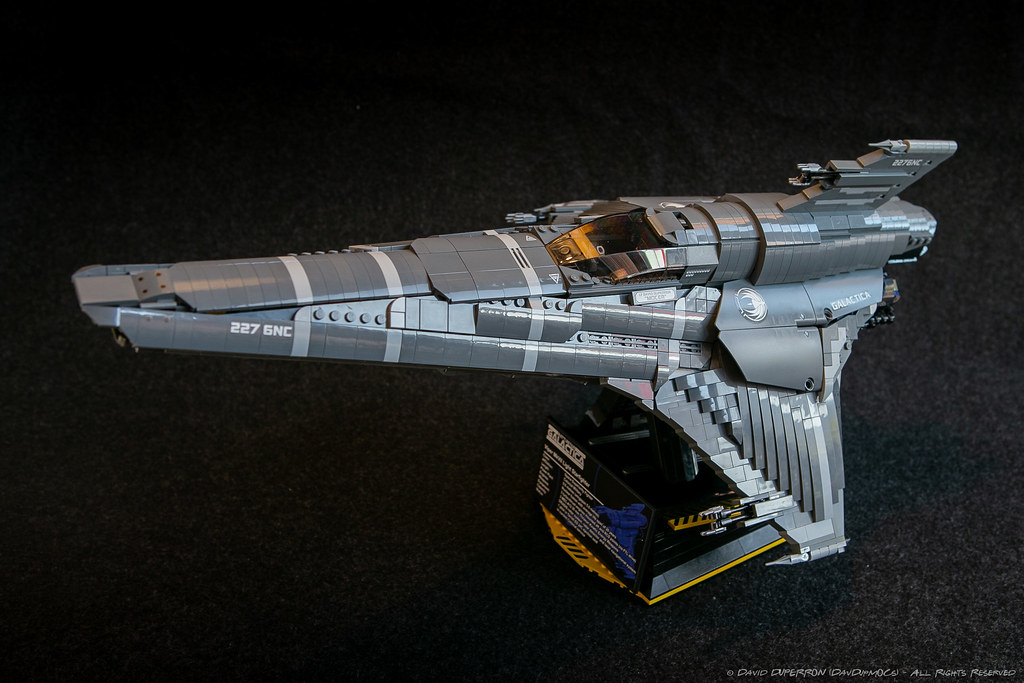 END_OF_DOCUMENT_TOKEN_TO_BE_REPLACED

If you’re going to be holed up at home for a while, let Davdup’s awesome LEGO Viper MkII render be a reminder that you can rewatch Battlestar Galactica. It’s a great show that drops frak-bombs like it’s nothing. The censors haven’t caught on to it yet so you too can let it fly like a six-year-old at a slumber party. Frakity-frak-frak! See, doesn’t that feel great? I am just fraking enamored over rendering the complex curves achieved with curved slopes of all different sizes. The dark red stripe along the wings and tailfin are spot-on. The tank treads around the afterburners are inspired but the shaping around the nose is my favorite part. 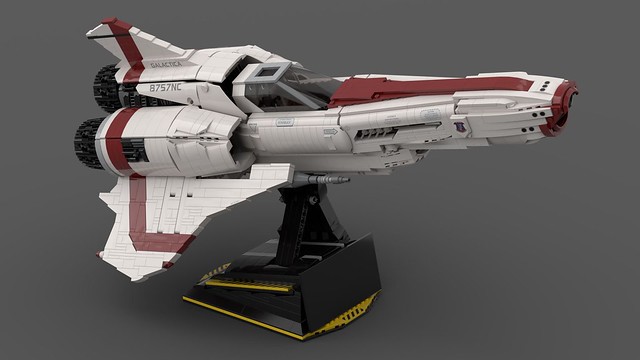 It seems Davdup is quite keen on sci-fi pop culture. He reminds us that, in these difficult times, you can also rewatch The Fifth Element and Blade Runner. Or adversely, if you’re more of a doer than a loafer, then you can build your own fraking thing and maybe we’ll feature it.

All of this has happened before and will happen again – While there have been many worthy builders to attempt both the classic, modern, and “inspired-by” incarnations of the famed sci-fi vessel Battlestar Galactica at a variety of scales the latest iteration is a wondrous thing of beauty. Brandon Griffith‘s labor of love is 47 inches (1.2 meters) long and took almost 300 hours to build. It debuted this past weekend at BrickCon 2018 in Seattle. 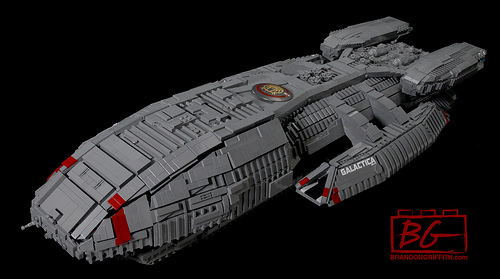 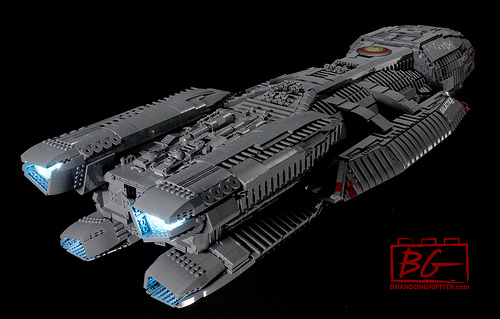 END_OF_DOCUMENT_TOKEN_TO_BE_REPLACED

In the 2003 re-imagining of Battlestar Galactica, the Cylon Raider is the main attack fighter used by the Cylons. One of the most striking differences between the original model from the 1998 series and the newer model is the crescent shape with forward leading wings and the large eye slit with a red light going across in the cockpit position. David Duperron has built his second UCS-scale ship from Battlestar Galactica with this hugely impressive Cyclon Raider  based on the newer version and captured in LEGO form.  The model is made of 3253 LEGO pieces, with a total length of 66,5cm (~83 studs) and a width of 45,0cm (~56 studs). 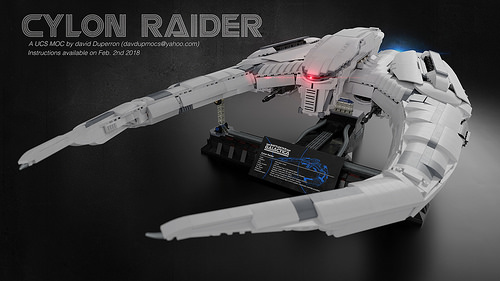 END_OF_DOCUMENT_TOKEN_TO_BE_REPLACED

Chris Madison has put together a superb LEGO Viper — the classic Mark II from Battlestar Galactica. Don’t let initial appearances fool you — this model is enormous, over 100 studs long and weighing 10 kilos! 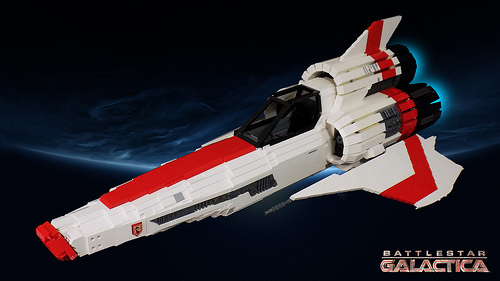 END_OF_DOCUMENT_TOKEN_TO_BE_REPLACED

Beauty is not necessarily complex. Simon Pickard proves simplicity goes a long way. He uses a single part to represent the Cylon Raider ships, and his Colonial Viper fighters don’t require more than 20 pieces. Minimalism may become a new trend in LEGO creations! 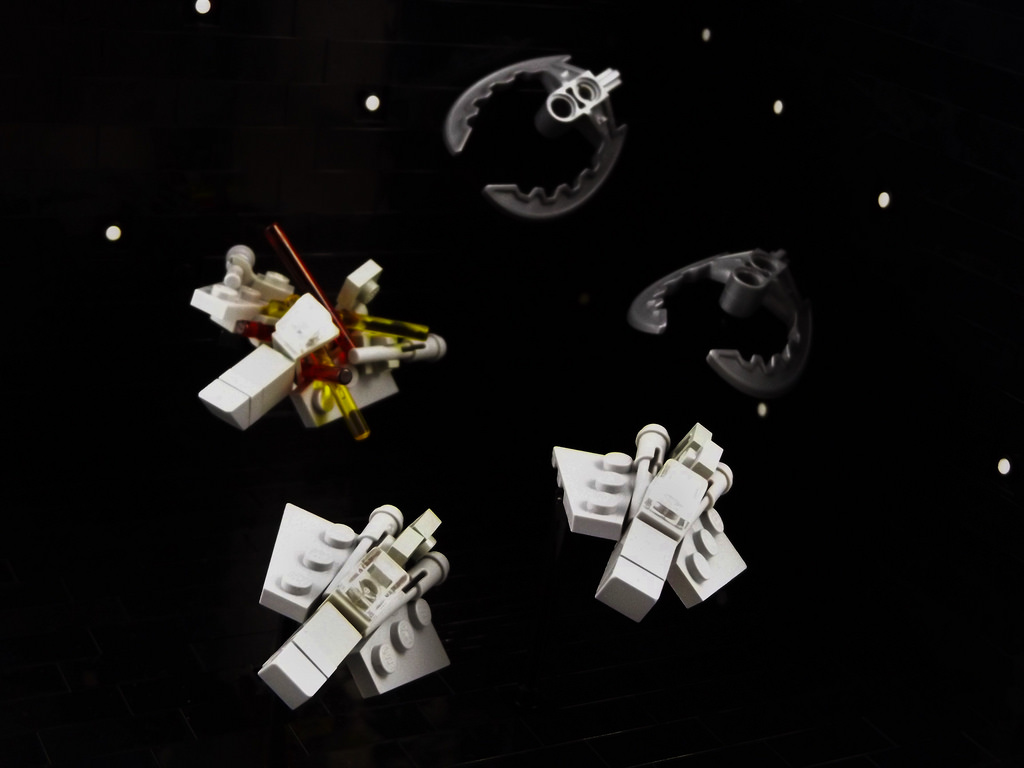 There were only a handful of Vipers remaining to defend humanity in the reimagined series. It was always painful to watch them go boom against the practically unlimited number of Raiders. Simon obviously isn’t as sentimental as I am – he prefers to blow one up for this creation. Shame on him!