We all love a story with a strong female lead, and the princess in Bart de Dobbelaer’s latest LEGO creation is no damsel in distress, and she is definitely not in need of a knight in shining armor to be her savior. She is in control of her own happy ending! Poor prince charming never saw this coming. The tower on legs reminds me of the old Baba Yaga story, and you know over here at The Brothers Brick we all love buildings on stilts (there seem to be a lot going around lately). The triangular base is a very nice touch to this creation. The brown color of the Bionicle parts used for the legs and the spiked vine further add to the uprooted look of the tower. Also for the category Nice Piece Usage I would like to nominate the vehicle base used as a balcony. 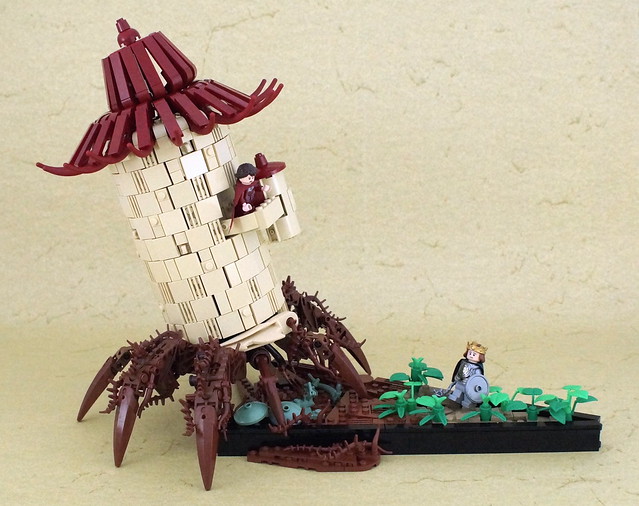 Long before Chicken Walkers (a.k.a. AT-STs) wobbled about on snowy plains and through thick forests in a galaxy far, far away, another walker with chicken legs wobbled about through the thick forests of Eastern Europe. That walker is the house of Baba Yaga. Despite the ambiguous intentions of that misshapen old woman, if I were wandering about lost I think I would prefer to meet some stormtroopers rather than her. Jessica Farrell brings us the hut of the notorious hag, complete with the pestle-wielding witch herself clad in black robes and a large cauldron that perhaps contains the stewed remains of some unwary traveler. 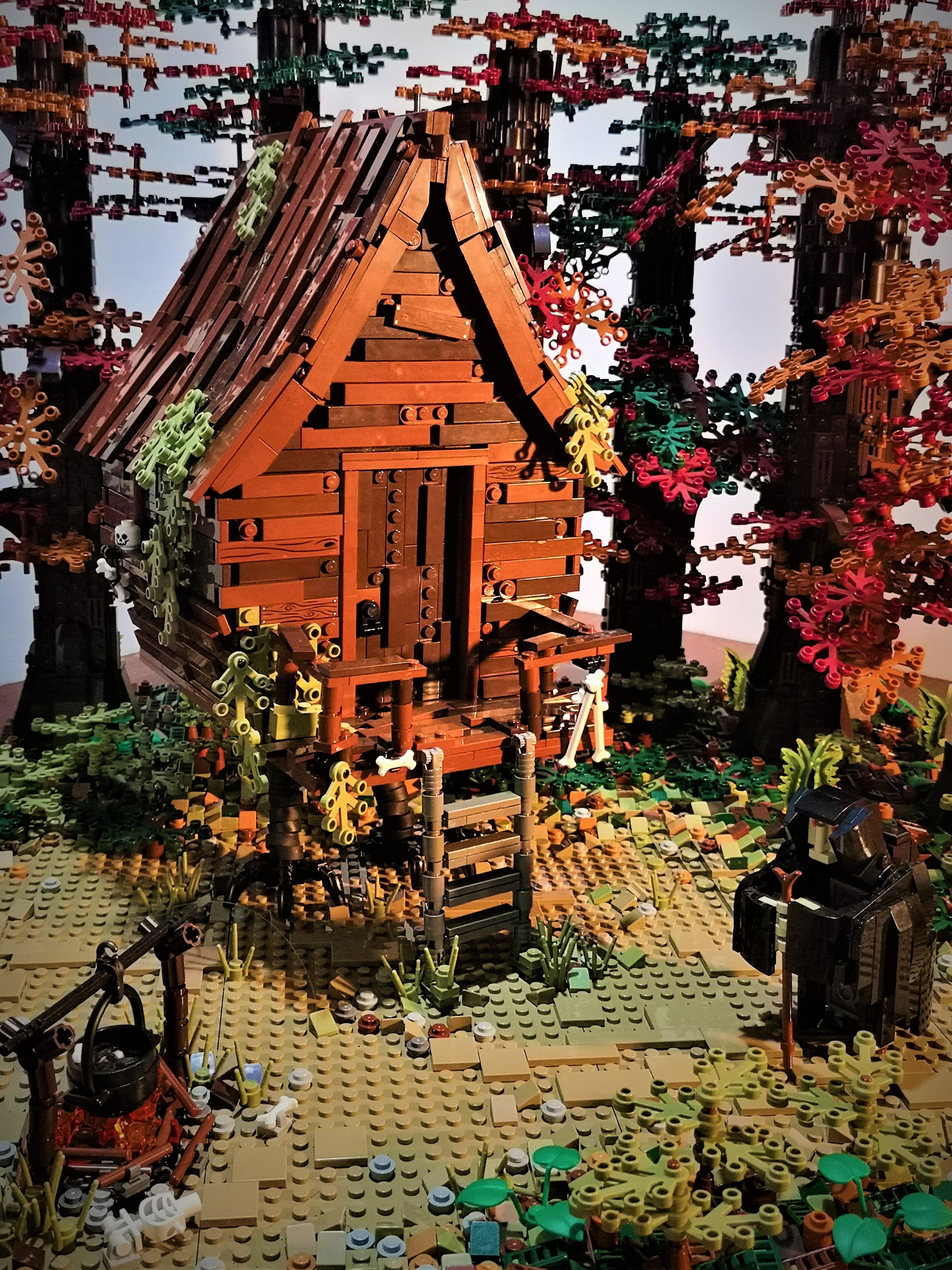 The house has some nice shaping to the walls and roof, along with a convincing wooden texture. The trees of the forest are also nice, with good use of parts to make for lovely bark. The Ninjago ghost swords make for surprisingly good plants, which complement the rest of the foliage beautifully. I especially like the tires stacked up to form the chicken-leg pattern on the house supports. So, who wants to go walking the woods of Eastern Europe? Not I, not with a woman like this lurking about.

Baba Yaga is the enigmatic mistress of eastern-European folklore, haunting the forests and bestowing spells of good or ill on those bold enough to seek her out, or foolish enough to stumble upon her. Finding Baba Yaga’s home takes a striking amount of bad luck, though, as her home runs about on chicken legs. In Bricksom Parsom‘s LEGO scene, however, a small girl has done just that by wandering into a section of woods gone sour. 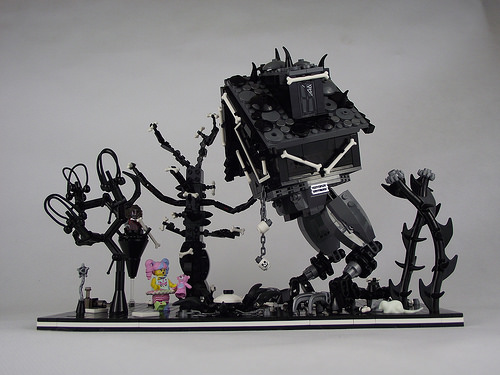 The twisted trees and blackened plants are excellently wrought from a variety of elements, on the most interesting being the Nexo Knights mechanical spiders used as grey flowers and a flail as another. The rickety cottage also looks great, with a mix of round tiles for a sickly, bubbled roof.