Carter is a ninja. If I say anything more, he will kill me in my sleep.

This deliciously detailed minimech by Flavio is a feast for the eyes. The greebling is practical and the shape is a novel take that reverses the proportions of the ubiquitous tachikoma.

Synchronicity is a funny thing, and in a hobby where we have a limited palette of parts but a near-infinite number of possible builds, surprisingly rarely seen.

However, Cagerrin and Damien Labrousse both had a similar idea recently, which they executed in strikingly different ways.

Cagerrin’s Kyusu A9W1 is a riveted piece of dieselpunk Sky-Fi, with smoothly curved angles and a plethora of real-world detailing, such as the complex night-fighting radar array in front. 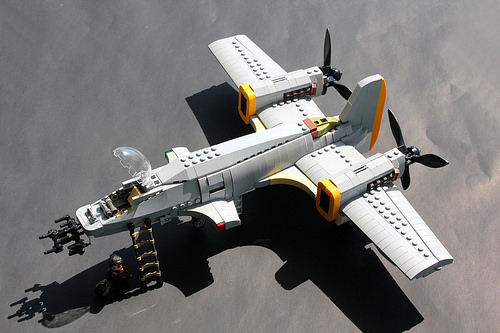 While keeping the same basic structure, Damien’s Space Wulf 190 is a spinier space-worthy fighter, similarly clad in a retro vibe but this time harking back to 70’s scifi. 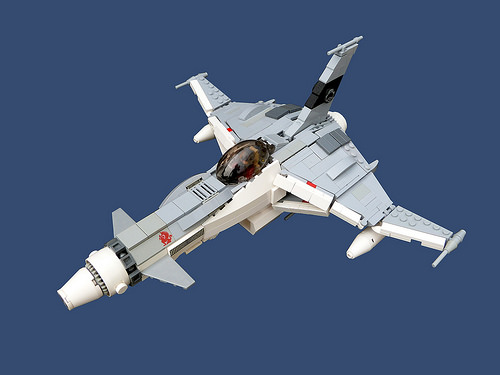 Both builders credit anime as a primary source of inspiration; Sky Crawlers for Cagerrin and Captain Harlock for Damien. The design archetype also shows up in Wings of Honneamise, as built by Mike Psiaki with this classic. 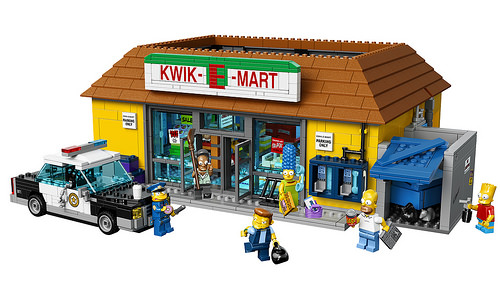 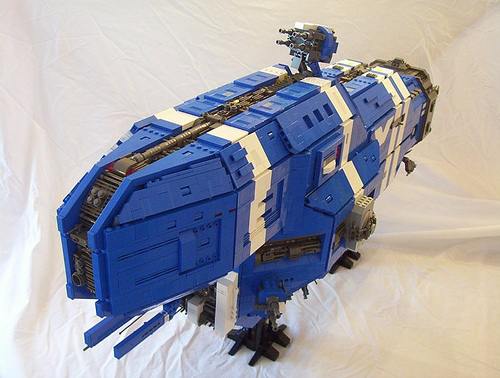 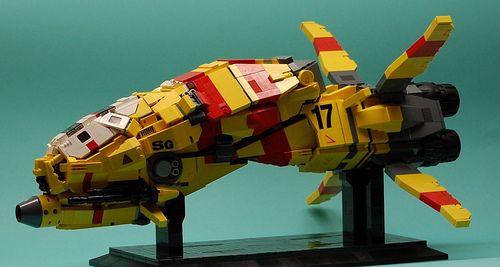 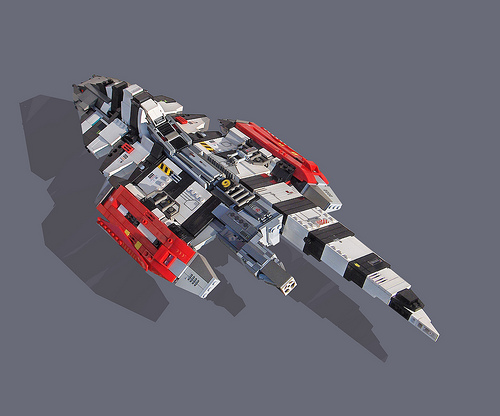 Many of my own builds are inspired by pieces of concept art, and one of my favorite artists has been Alexander Iglesias. I’m not alone in this regard; his art has inspired many a mecha builder over the years.

Most recently is Rancorbait, tackling one of my personal favorites, “Rotary cannons for some“. 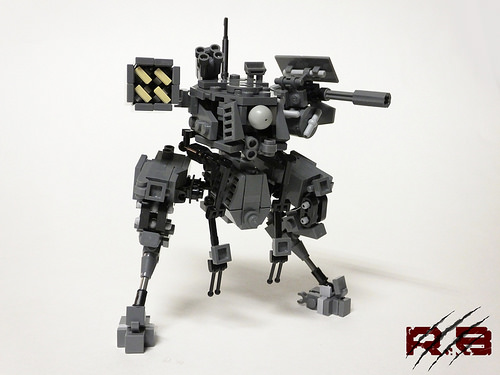 Simmon Kim has likewise been cranking out a whole fleet of awesome mecha lately, among them this take on The Fiddler. 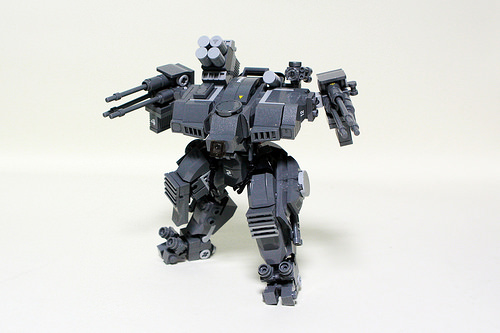 This flow of inspiration goes the other way, too; some artists have been inspired by the Lego community in their work.

7 years ago, Rob (Dasnewten) posted the first of his many mindblowing starfighter designs. Throughout the years since and in spite of the many incredibly builds he’s posted, it’s a design he’s continued to return to and refine, resulting in the radically evolved RG-101. It’s a glorious combination of clean lines and gorgeous details that looks better than most of the stuff produced by major studios. 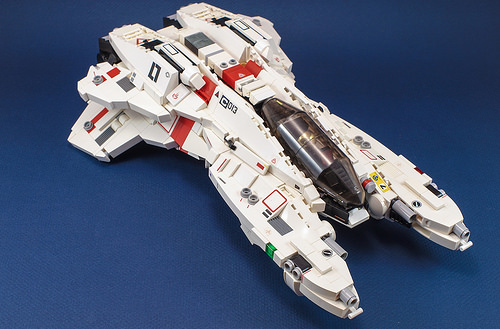 I love the clean futuristic look of this scene by Wami Delthorn, contrasted with the dreary everyday chore of vacuuming the floor. The subtle textures in the floor and the walls make otherwise boring flat surfaces far more interesting than they have any right to be. 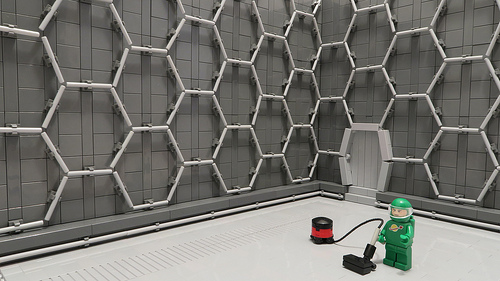 I’ve been horribly remiss in not yet blogging my favorite month of the year, Droneuary. To amend for this oversight, feast your eyes on some of the best from the first half of the month.

Andrew Lee has been a one-man drone factory, churning out a fantastic variety of civilian drones in all shapes and sizes. This rogue medibot is a particular favorite. 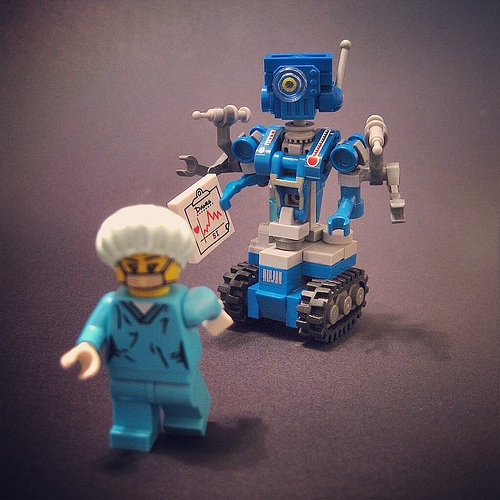 Pascal has brought his clean aesthetic to the month, with a number of group shots of multiple drones. I particularly like the alien look of this batch, and the nicely layered background kicks the whole photo up another notch. 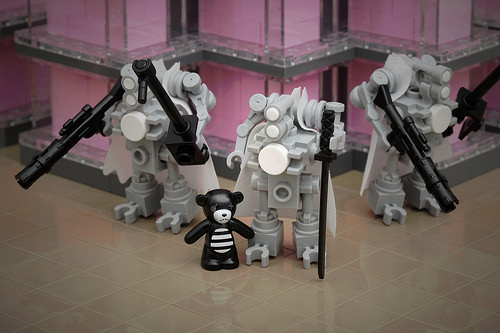 Last but certainly not least, Forest King kicked off the month with this atmospheric scene of a drone striketeam conquering a rampart. 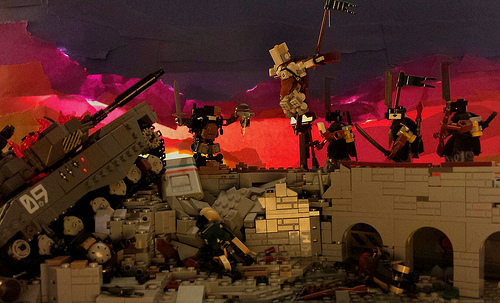 I have a personal tradition of watching a depressing movie on Christmas Eve; I find it has a nice effect of tempering the holiday festivities with some sobering reality.

Apparently Gabe Umland is similarly inclined. This depiction of London during the Blitz has some gorgeously detailed rubble, with just the right touch of Christmas spirit.

Christmas is in the air, colored lights and holiday shoppers everywhere… It just makes me want to jump into a 60 ton tracked vehicle and go defend Poland. Forget nativity scenes; all I want for Christmas is a massive diorama of the North African Campaign.

Marin Stipkovic posts this beefy Eastern Bloc design, based on a 1948 prototype; 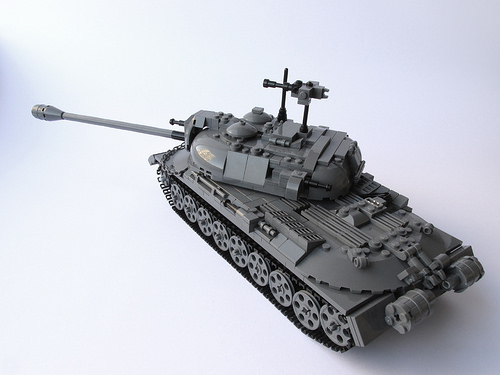 From the same time period but opposite weight class, Intense Potato shares this teensy M3 Stuart; 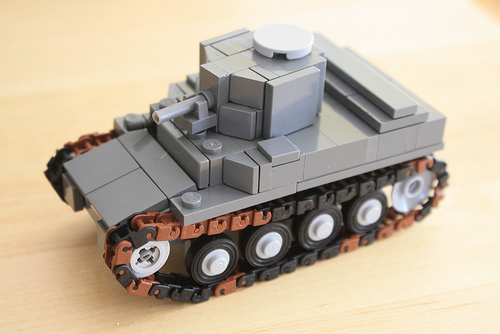 The East comes roaring back with Nick’s slightly futurized T-90; 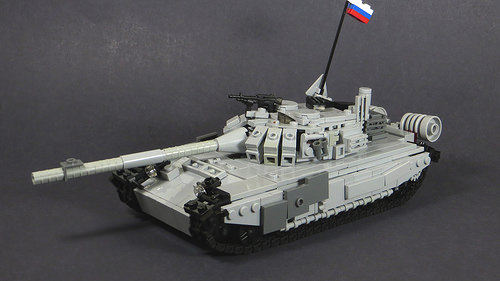 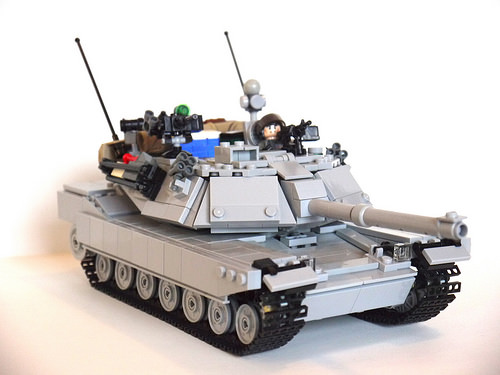 And finally, a blast from the past, Jeffrey Mille shares this adorably twee FT 17 from the Great War; 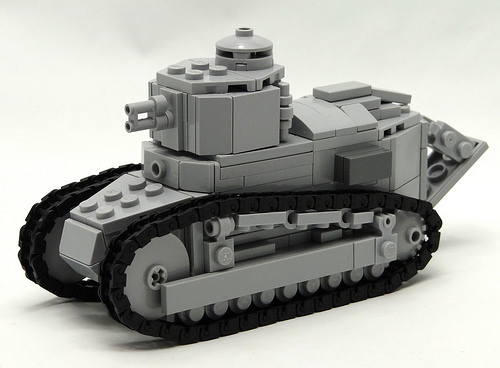 I love this latest by Alexander Safarik (Malydinar), the inaccurately titled Just Another Spaceship. It’s a densely textured greeblefest, with more guns than your average side scrolling shoot-em-up. I particularly like the wide variety of colors; using bright splashes sparingly on an otherwise grey-and-white ship has a fantastic effect. 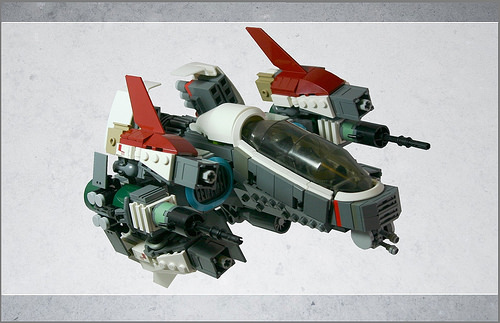 Alex has been churning out awesome spaceships lately; here are a couple more that we missed. 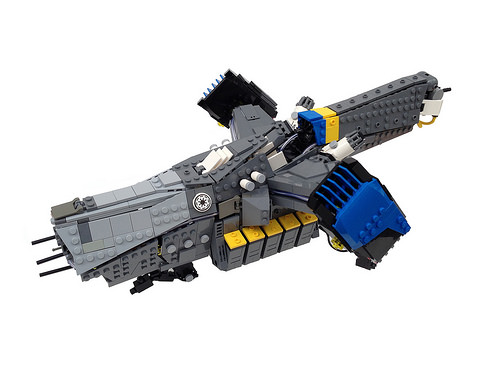 It’s nice seeing some conscious use of studs in a subgenre that’s been inclined toward smooth-hulled ships lately. While some aren’t fans of the ‘Lego-y’ look, it still has a nice effect when used deliberately. 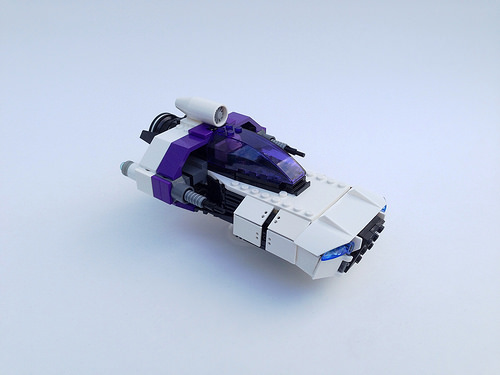 Jason Corlett has just shared this beefy Overseer mech, featuring arms large and small for any industrial work you might need. 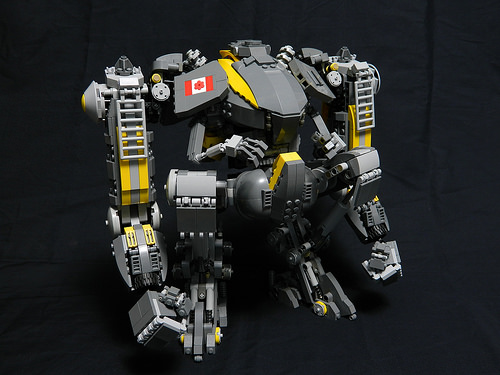 While I’m partial to the headless variant shown above, Jason has whipped up a number of different designs to show what the mech looks like with a wide variety of heads.