Welcome to Day 17 of our LEGO Advent Calendar countdown. Each day, we’ll reveal the four mini-builds from the LEGO Harry Potter, LEGO Star Wars, LEGO Friends, and LEGO City 2019 advent calendars along with commentary from The Brothers Brick team. 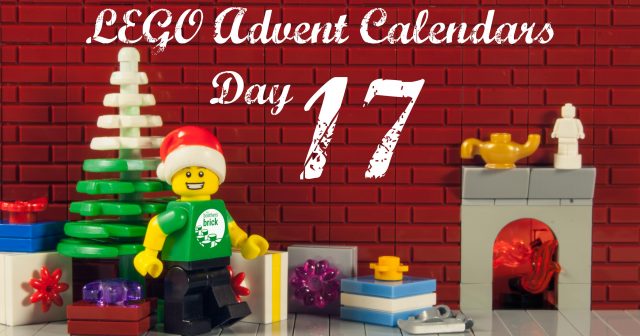 For Day 17, we have a Hufflepuff flag stand from Harry Potter and an escape pod from Star Wars. 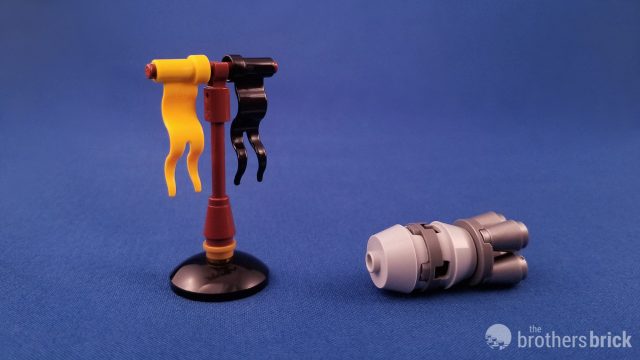 Dave: With this yellow and black flag stand from Hufflepuff, our four Hogwarts house banners from Harry Potter are now complete! I know I was critical of them as “filler” builds and they did get a little repetitive, but I have to be honest… they do look good together as a set.

The escape pod from Star Wars is adorable (though not as adorable as 75228 Escape Pod vs. Dewback Microfighters). I think the designers missed out on the chance to add pearl gold and a white 1×1 stud representing C-3PO and R2-D2, sadly.

Lino: “You know what, let’s just not talk this whole trip.”

Chris: Hold your fire, there are no life forms in Day 17.

Continuing with Day 17, we have two present ornaments from Friends and a man in a sweater from City. 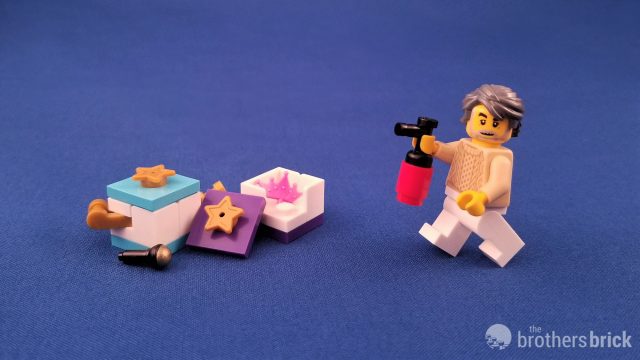 Dave: I must admit those two present ornaments were some of the most finicky advent builds I’ve ever made. I applaud having the presents actually open, but combining that with a place to hang them as ornaments made these a bit too contrived. I do like the microphone (plus an extra). For City, the man with a fire extinguisher seems poised to put out the flaming marshmallow from Day 14. His sweater was first introduced in 21310 Old Fishing Store and has since appeared in a few other places like the City advent last year (oddly on the same day of the month) and 10261 Roller Coaster.

Lino: And this is why Steve is no longer invited to the office holiday party.

Benjamin: That’s how my last karaoke party ended, too.

Chris: Is it just me, or would those gift box “ornaments” be hard to string up even with the handles?