Thanks to recent sets like The Starry Night and the Botanical Collection, decorating your home with LEGO is beginning to feel down right classy. Chi Hsin Wei has upped the ante by combining the two in this brick-built recreation of one of Van Gogh’s sunflower studies. While the background of this “painting” stays true to the feel of Van Gogh’s brushwork, the flowers feel freshly picked. The result is a beautiful study of contrasting build styles that works harmoniously as a single piece. Now that’s art! 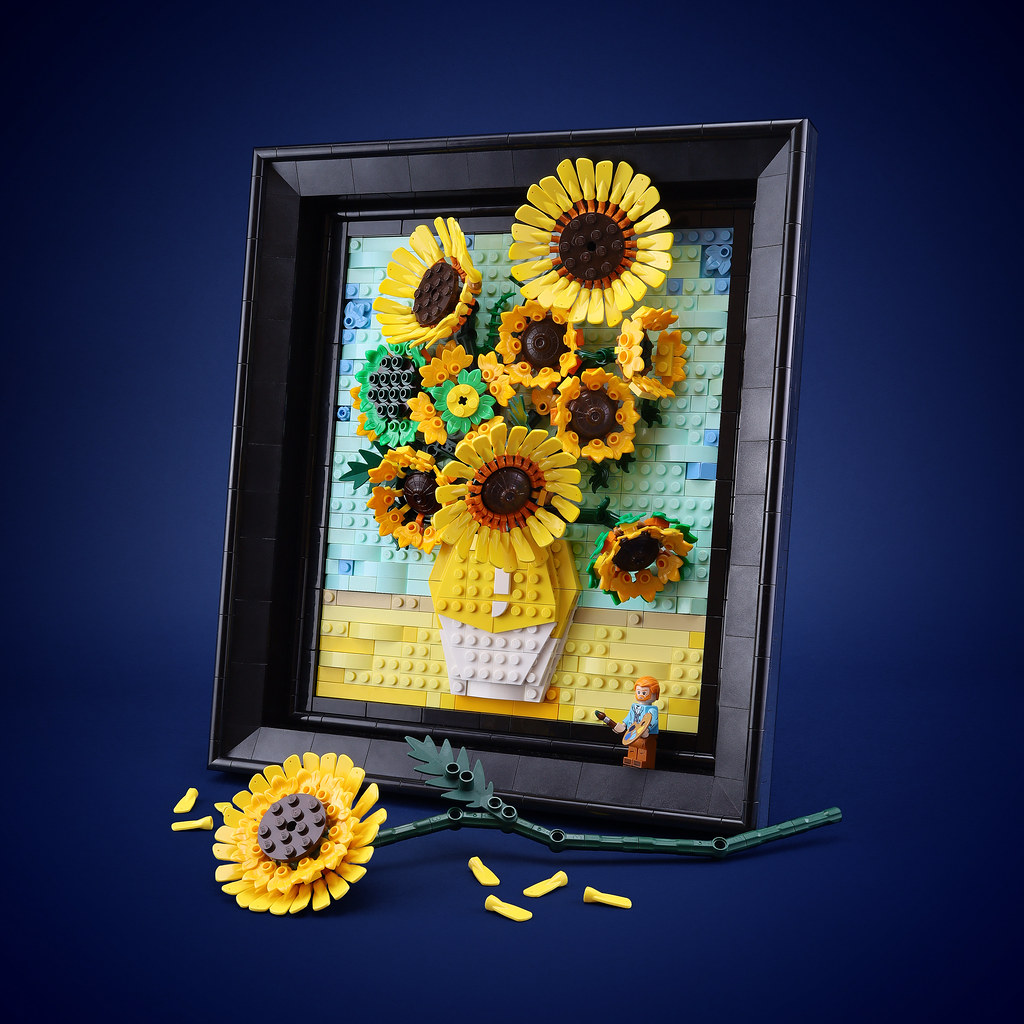 After announcing it in February of last year as the next fan-designed set from their crowd-sourcing platform Ideas, LEGO is finally taking the wraps off the official set, letting us get our first look at 21333 Starry Night. The original project, depicting Vincent van Gogh’s famous 1889 painting of Saint-Rémy, France, was submitted by Hong Kong-based LEGO fan Truman Cheng (aka legotruman) back in July of 2020 before reaching the 10k votes threshold to be considered by LEGO just a month later. The final set contains 2,316 pieces and includes a framed version of the painting with sculptural elements to mimic the brush strokes, along with a minifigure of van Gogh and a miniature printed version of the painting on an easel. The set also represents a new licensing partnership between LEGO and the Museum of Modern Art (MoMA), which owns the artwork. The set will retail for US $159.99 | CAN $219.99 | UK £169.99 and will be available to LEGO VIP members starting May 25, with a general release on June 1. 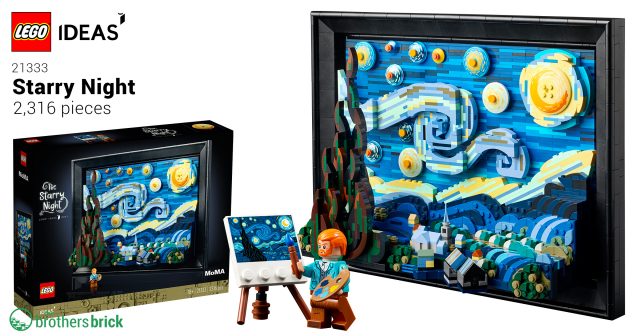 Back in February of 2021, LEGO announced that a brilliant adaptation of Vincent van Gogh’s The Starry Night by fan creator  Truman Cheng (legotruman) would be one of the next LEGO Ideas sets. Now, just over a year later, that set is about to leap into our greedy little hands. LEGO Ideas 21333 The Starry Night will be available May 25th for VIP members (and June 1st for everyone) from the LEGO Shop Online for US $159.99 | CAN $219.99 | UK £149.99. This 2316-piece set features not only a very interesting sculptural approach to the impressionistic masterpiece, but a minifigure of Vincent van Gogh himself. Come along as we stroll this fantastic landscape, and set our sights for the stars. 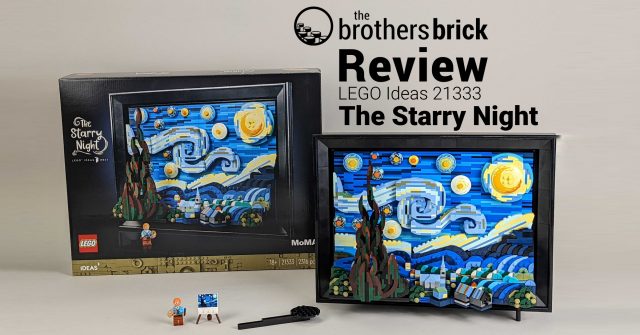 END_OF_DOCUMENT_TOKEN_TO_BE_REPLACED

Starry Night is arguably one of Vincent Van Gogh’s most famous works (so much so that it’s going to be getting a LEGO set soon). lego_nuts, however, has chosen the painter’s Bedroom in Arles work as the setting for their latest masterpiece. Not content with simply recreating the artwork, front and center is a super facsimile of Van Gogh himself, hard at work on his easel. The sculpting of the whole scene is terrific, but the most striking aspect is the fascinating textures that are everywhere you look. The builder says this was a deliberate decision to replicate the signature post-impressionism look, and the result is a true work of art! 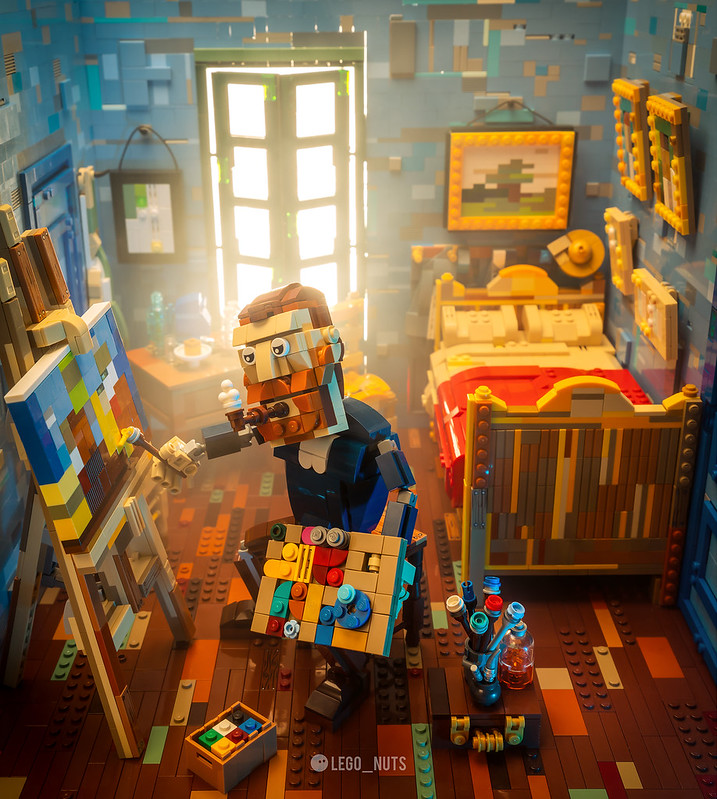 Instagram user legotruman renders a LEGO version of Van Gogh’s The Starry Night and we’re all pretty impressed. See what I did there? Impressed. Because Impressionist. Get it? This is why I make the big bucks here, people. Anyway, we can all appreciate good LEGO art here. I particularly enjoy the plates set at all those crazy rakish angles representing those crazy rakish clouds. The moon with its halo glow is also quite charming. 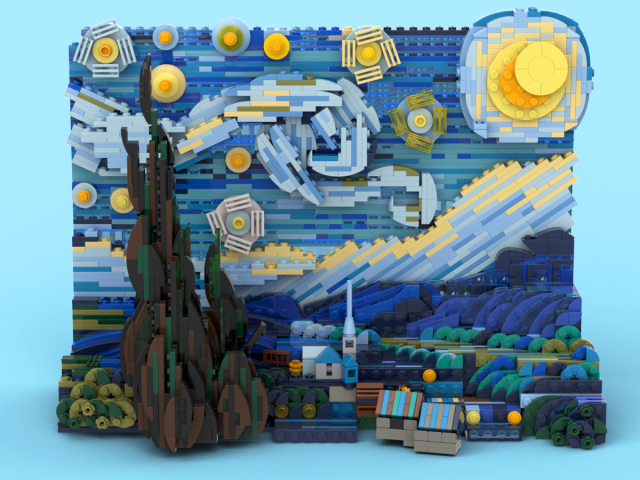