LEGO car and sometimes architecture builder Tim Inman has built a 1963 Chevy II Station Wagon and suddenly I’m tickled pink. Or tan. I’m tickled tan, actually. It’s a well-known fact that they commonly call the Chevy II Station Wagon the “Slab Wagon”. By “they” I mean me and by “well-known fact” I mean I made that up just now. But it’s fast thinking like this is the reason why they pay me big bucks here at The Brothers Brick. Or so they tell me. It’s hard to keep track of your fortunes when everything is direct deposit. Anyway, I’m loving the red interior juxtaposed against the understated tan paint job. The roof rack, even the ice skater blades used as door handles are all great touches. 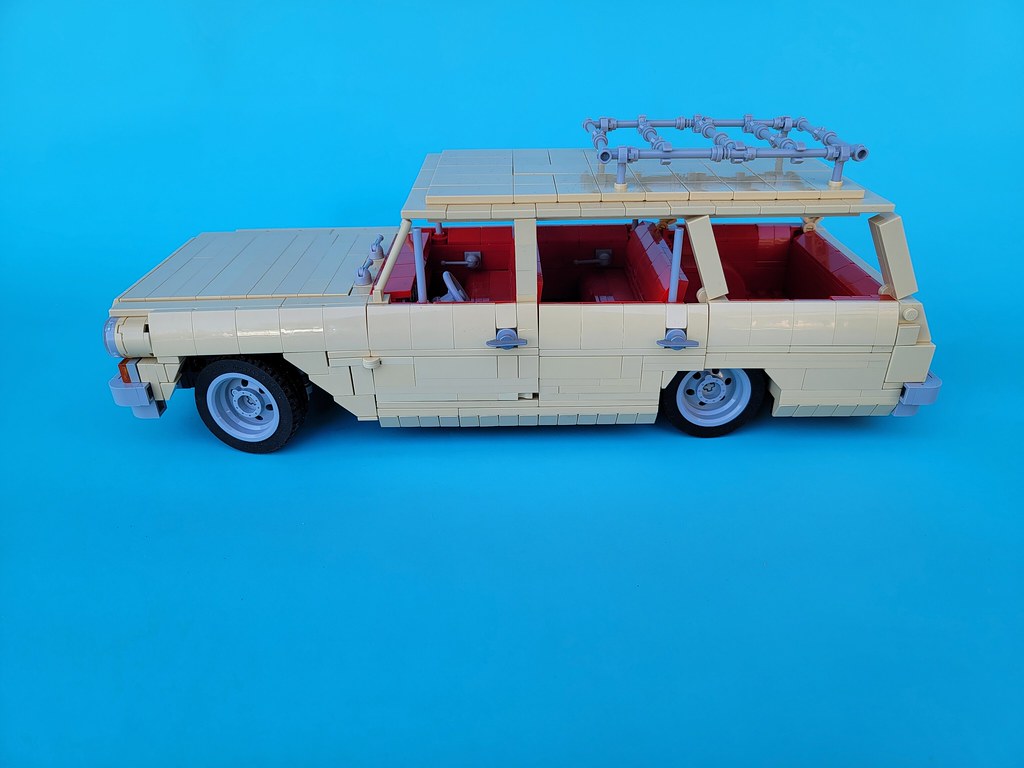 END_OF_DOCUMENT_TOKEN_TO_BE_REPLACED

Palm Beach, Florida is known for idyllic beaches, palatial mansions, and Jeffrey Epstein. Wow, that escalated fast! But optimism abounded in the 50s and legendary Italian designer Battista ‘Pinin’ Farina created the Rambler-Nash Palm Beach concept car in 1956. This ended up being one of his most eye-catching concepts and Tim Inman has replicated the design nicely in LEGO. It has all the niceties you can expect from a piece this size; the doors open as well as the hood and the interior is well detailed. Whether it be the thin flex-tube strip along the side, the rounded air intake up front, or the sloping tailfins around back, there is plenty to love about Tim’s creation. Tim has really been on a roll lately as we’ve also featured his Mercedes G550 recently. 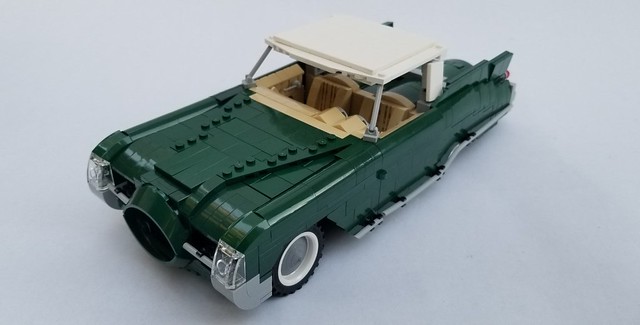 When it comes to off-road capable vehicles, the motto seems to be, go big or go home. So it is no surprise that the 2020 G series from Mercedes is a beast. And LEGO builder Tim Inman has built a beast of model to show his appreciation. I especially love the low angle of this hero shot, showing the 4×4 in its natural habitat, driving over rocks.

Not only does this model of a Mercedes G550 look good on the outside, but it features a complete interior as well.

The M35A2 is a powerful military truck aptly nicknamed the “Deuce and a Half” for weighing in at two and a half tons. However Tim Inman’s rat-rodded version has shed some considerable weight. It’s been lowered, chopped, channeled, stretched and bobbed (removed second rear axle). The result is a mean rat-rod that loses its military function but retains its color and some of its prior identity. Maybe it’s more of a peace offering now?

But before you go thinking such silly ideas a rear view reveals a gas can, fifth wheel for towing and a skull taillight cluster letting any would-be peacenics know this ratted-out deuce still means serious business.

Back in 1989 the late car building legend Boyd Coddington built a very special custom car for ZZ Top’s guitarist Billy Gibbons. It started with a 1948 Cadillac Series 62 Sedanette but nearly a million dollars later it had become a custom showstopper like no other. Now in 2019 LEGO car building legend Tim Inman has produced his own version. It is unusual for us to feature a three-quarter rear view of anything as the primary photo but in the case of CadZZilla, its low-slung roof line easing into the rear bumper and its signature taillights are what gives even the seasoned custom car enthusiast heart palpitations.

No less impressive up front, this model replicates CadZZilla’s famous grille and expansive hood. A mark of a good builder is if they can imagine a LEGO piece not for its intended purpose. Tim has utilized upside-down minifigure legs as part of the front bumper detail. A posh tan adorns the interior while the stance is that of a crouching aggressive animal. Of course, there is enough dark purple LEGO here to please any Prince impersonator. While Billy Gibbons is of grandparent age, he seemed to have bucked the rock star stereotype of siring multiple kids. So CadZZilla truly is not your grandpa’s Cadillac.