I do love an atypical LEGO Star Wars build and Tom Gray’s latest build ticks all the boxes for me. There’s a lot to love in this Star Wars scene, starting with the diminutive Imperial agent barking orders from his seat of command. Moving beyond the figures there’s so much detail added here – just look at the stained glass window injecting colour to the whole scene using a mix of radiator grills and turntable bases to add a subtle design to the window! 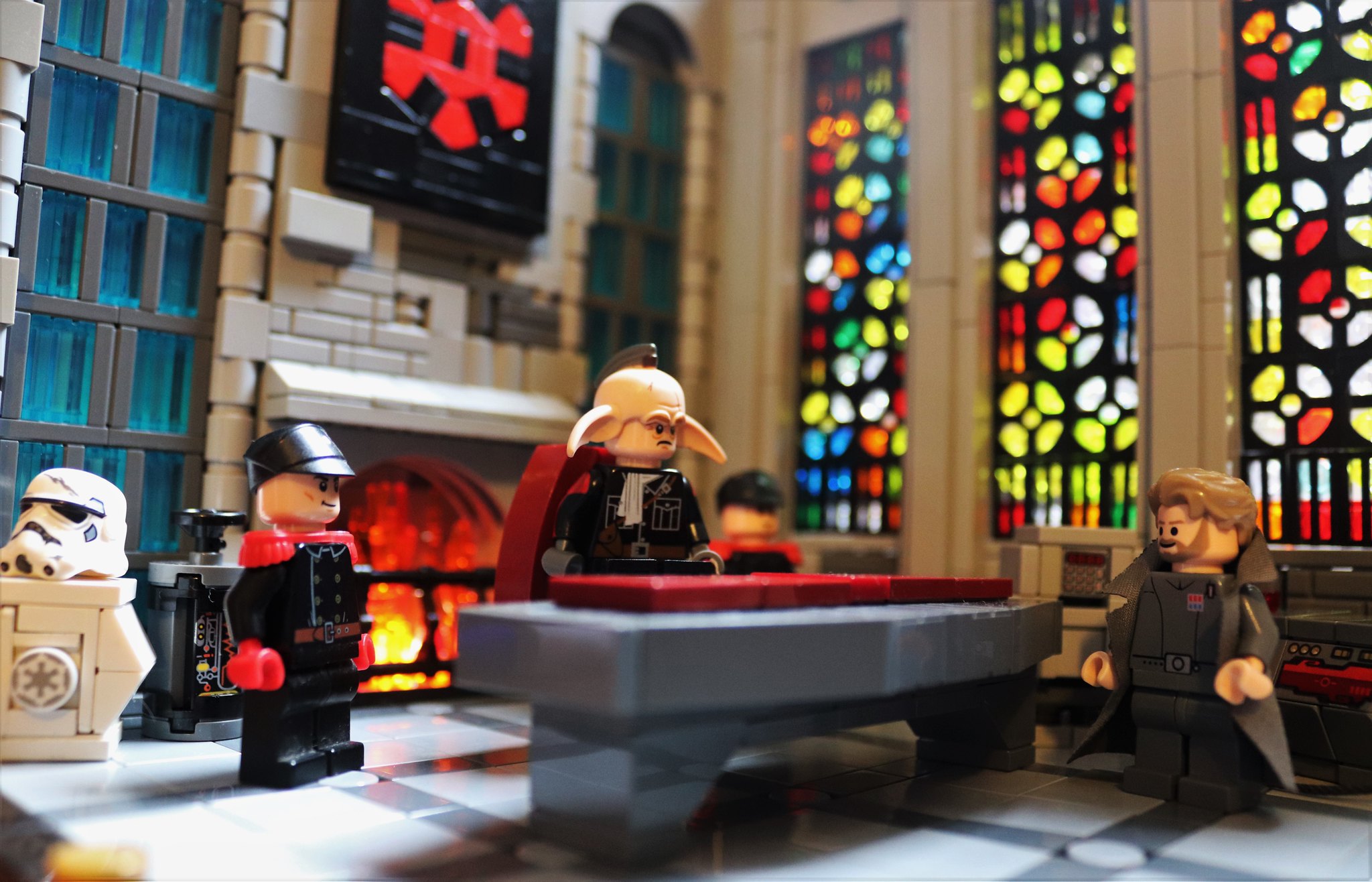 END_OF_DOCUMENT_TOKEN_TO_BE_REPLACED

Ralf Langer teased us a while ago with the stern of a beautiful LEGO ship. In the comments he mentioned that it was actually never going to be a full ship, but a city made out of ship parts. And here it is in all it’s gloomy glory. This creation might as well be called a study of ship windows as are several lovely techniques for you to choose from. Let’s zoom in on them.

Both brown ships feature the same technique using a net between a layer of trans plates and trans tiles. This creates a stained glass effect which is just stunning. A lot of variation in colour can be achieved by using different colored trans elements. The dark brown ship with the blue glass windows uses a different technique. Here we have the 1967 fence filled with bars stuck through a technic pin.

The last window technique I want to highlight is the one on the building on the right. It uses small smooth tires filled with trans cheese slopes. This city of ships also features a lot of cleverly designed lanterns with some clever parts usage. I can spot wands, link chain and link tread. The only question I have now is: Will this connect to my Ninjago City?

Spending all this time indoors would be easier if everyone had a cozy reading nook like this one by Jonathan Fictorie. I love the details like the open book, tasty beverage in a brick-built wine glass, and the rustic feel for the chair and end table. The textures of the brick the wall are only surpassed by the intricate stained glass work in the window. This model has all the comforts of home I could ask for. 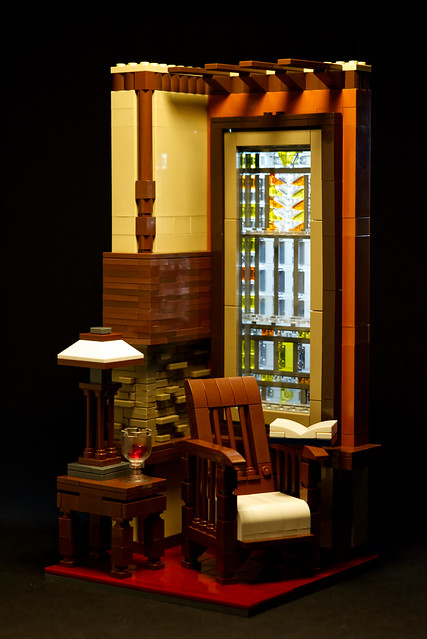 END_OF_DOCUMENT_TOKEN_TO_BE_REPLACED

Chris Doyle‘s stained glass creation features a complex octopus design. It incorporates both transparent bricks and plates for a more detailed depiction. I’m still left to wonder why an octopus? 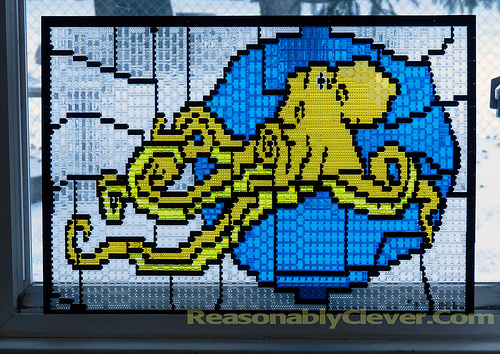