Ralf Langer teased us a while ago with the stern of a beautiful LEGO ship. In the comments he mentioned that it was actually never going to be a full ship, but a city made out of ship parts. And here it is in all it’s gloomy glory. This creation might as well be called a study of ship windows as are several lovely techniques for you to choose from. Let’s zoom in on them. 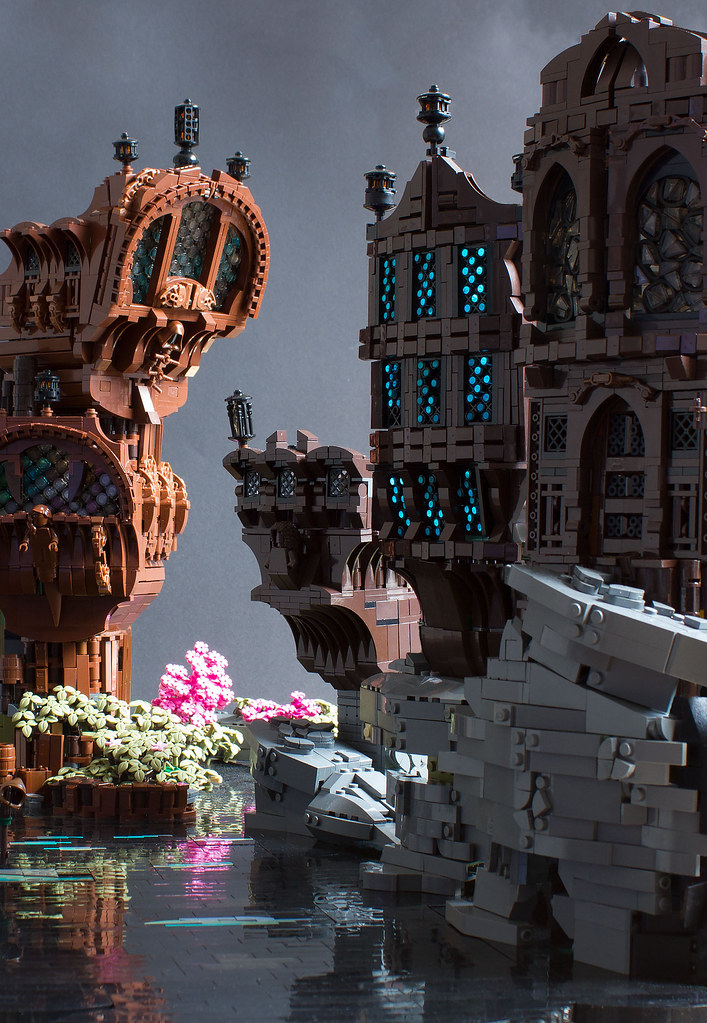 Both brown ships feature the same technique using a net between a layer of trans plates and trans tiles. This creates a stained glass effect which is just stunning. A lot of variation in colour can be achieved by using different colored trans elements. The dark brown ship with the blue glass windows uses a different technique. Here we have the 1967 fence filled with bars stuck through a technic pin.

The last window technique I want to highlight is the one on the building on the right. It uses small smooth tires filled with trans cheese slopes. This city of ships also features a lot of cleverly designed lanterns with some clever parts usage. I can spot wands, link chain and link tread. The only question I have now is: Will this connect to my Ninjago City?