Gundam mech designs are often covered in sharp angles, making it difficult to portray them in LEGO form. However, Derrick Li has done a fantastic job at recreating this GM mech from the Mobile Suit Gundam Thunderbolt anime. Instead of going for a flat, plain visor, the green eye area protrudes out slightly in order to form a more circular shape for the head. The areas in dark turquoise are actually dark blue in the original design, but the color change in this model assists in accentuating the details of the torso. 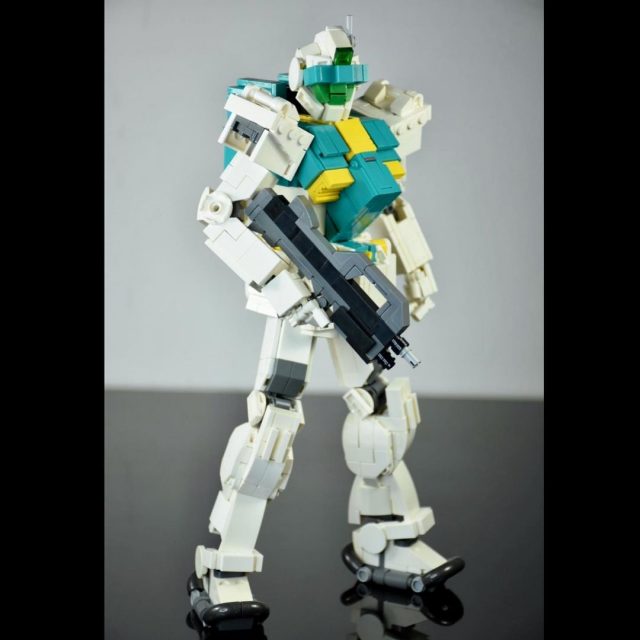 The model also looks to be well articulated, and it comes equipped with a rifle and a beam saber. Macaroni pieces perfectly create the odd rounded feet of the mech. 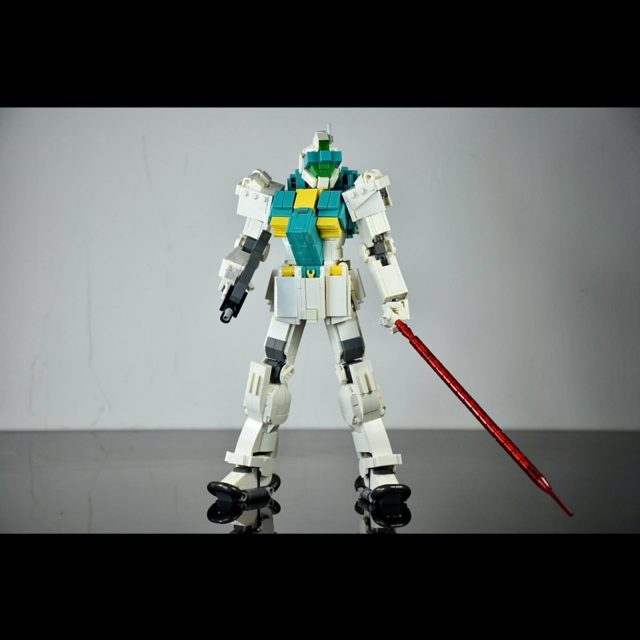