Thanks to Amazon.es, we’re getting our first look at a pair of brand new Star Wars sets aimed at adult collectors. First up is 75329 Death Star Trench Run, a microscale diorama featuring the famous climactic scene from A New Hope, with Darth Vader’s TIE Advanced flanked by two TIE Fighters chasing Luke Skywalker’s X-wing against the greebled, grey backdrop of the Death Star. Printed tiles on the front of the base show the LEGO Star Wars logo along with Darth Vader’s famous line “The Force is strong with this one.” The Amazon page doesn’t yet list much information, but we do know the set contains 665 pieces and will retail for €59.99, which we estimate to be US $59.99 | CAN $79.99 | UK £54.99. We also get a sneak peek at another set that’s in the same series, 75330 Dagobah Jedi Training, which is listed for €79.99 or about $79.99 USD. There’s no official word yet on when we can expect these sets to be released, though given that Amazon has begun to list them, it’s a safe bet they’ll arrive soon. 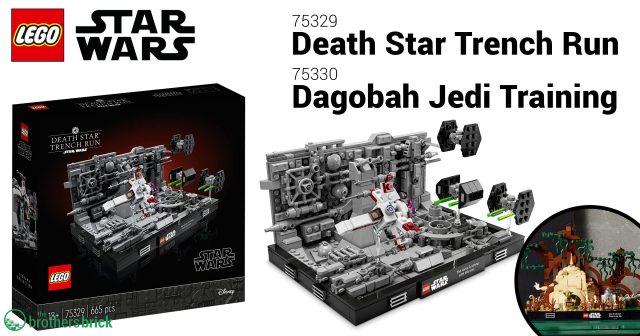 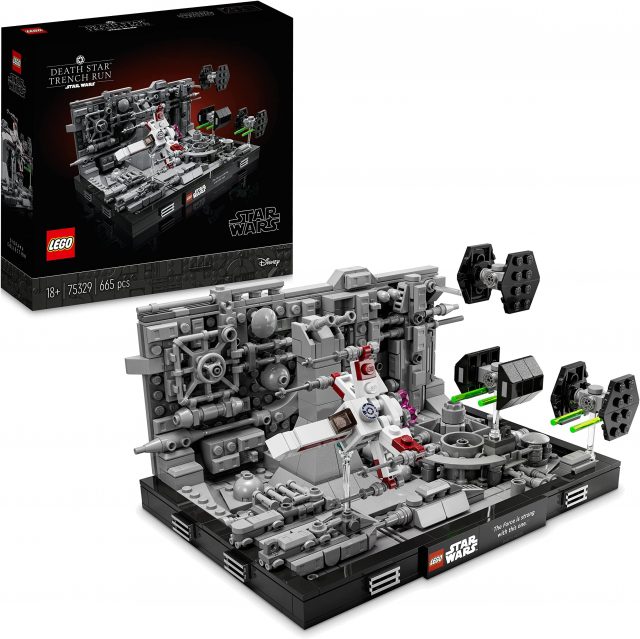 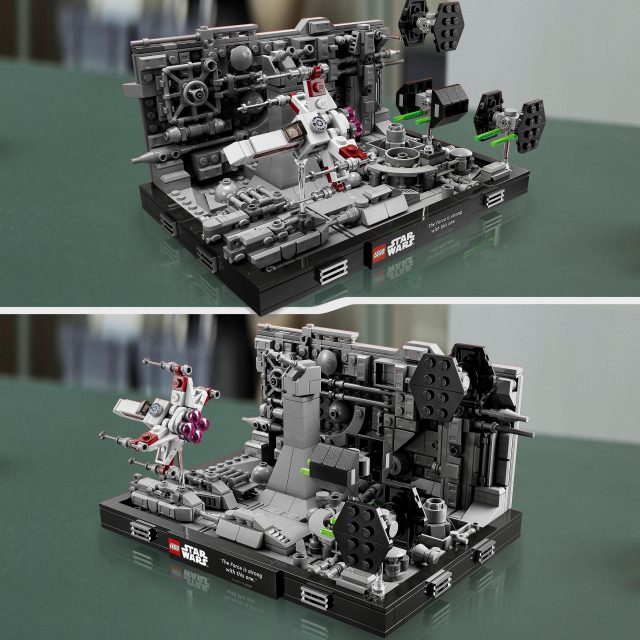 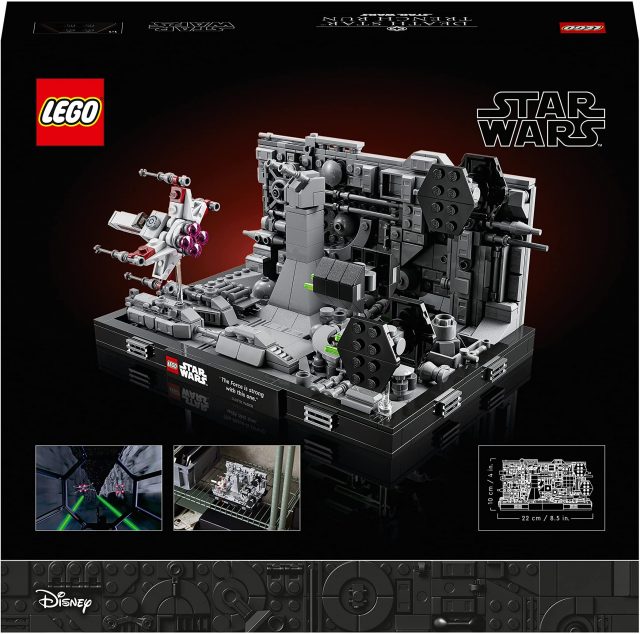 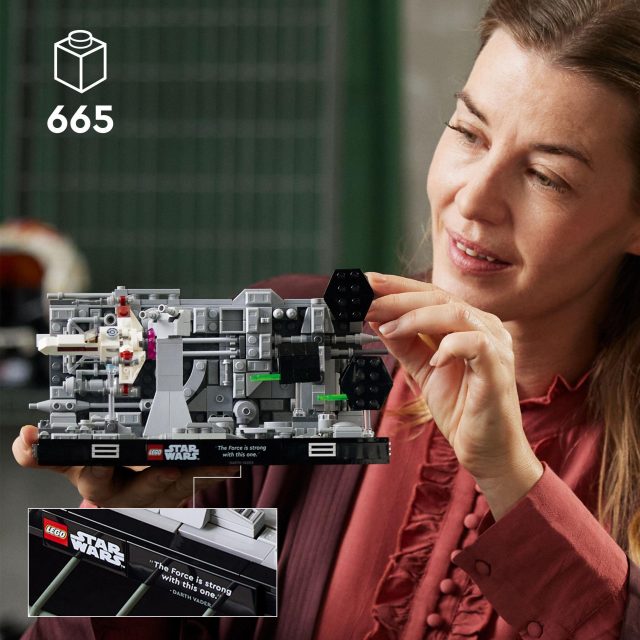 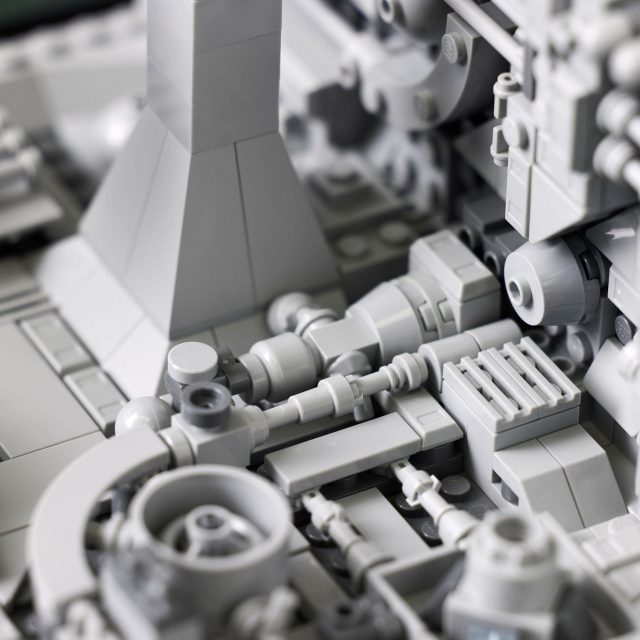 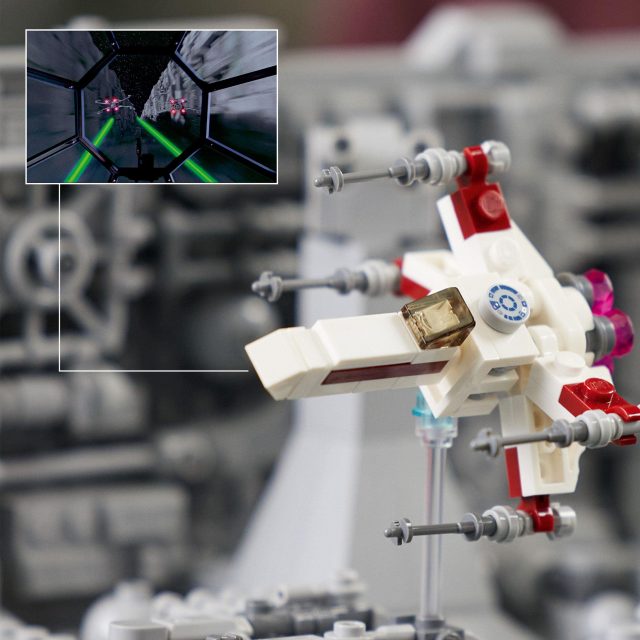 This single image from Amazon’s listing also reveals 75330 Dagobah Jedi Training, which is a minifigure-scale diorama of Yoda’s hut including the wing of Luke’s submerged X-wing. 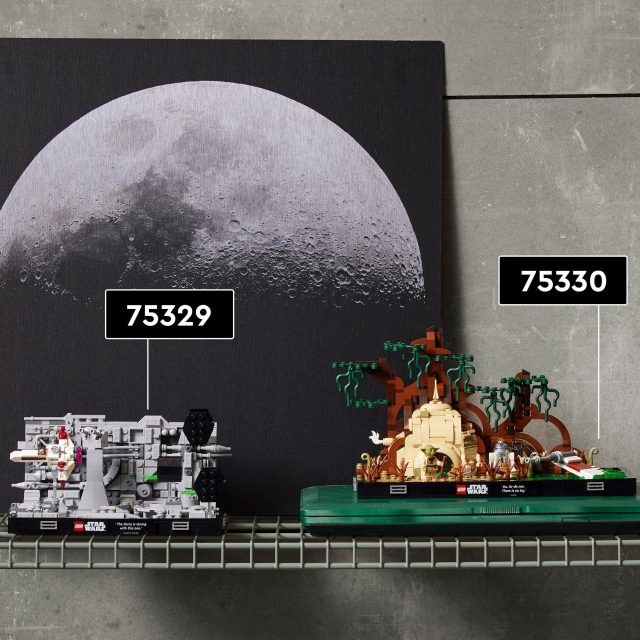 Here’s a closer look. The set appears to include Yoda, Luke, and a muddy R2-D2. It also includes printed tiles with the LEGO Star Wars logo along with Yoda’s iconic quote “Do. Or do not. There is no try.” We’ll be sure to bring you more news of this set once we have it. 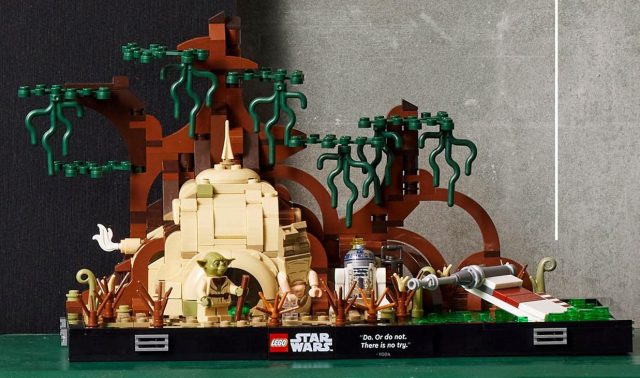