The final installment of The Witcher vignette series from Jonas Kramm takes us to the Battle of Sodden Hill. This LEGO build depicts a scene from the final episode of season one of the Netflix series. Triss Merigold, a powerful sorceress, defends the gate with a web of vines against the invading forces of Nilfgaard. Jonas captures her ferocity and determination with a practiced eye. The parts usage of this piece, like Jonas’s previous builds, is wonderful! Various slopes, plates, and quarter tiles capture the stonework’s weathered and aged texture. Swords, clips, and ingot bricks define the doors’ details. Dark brown arm pieces act as the stalks for the flowering vines growing along the structure. A beautiful build to end a fantastic vignette series! 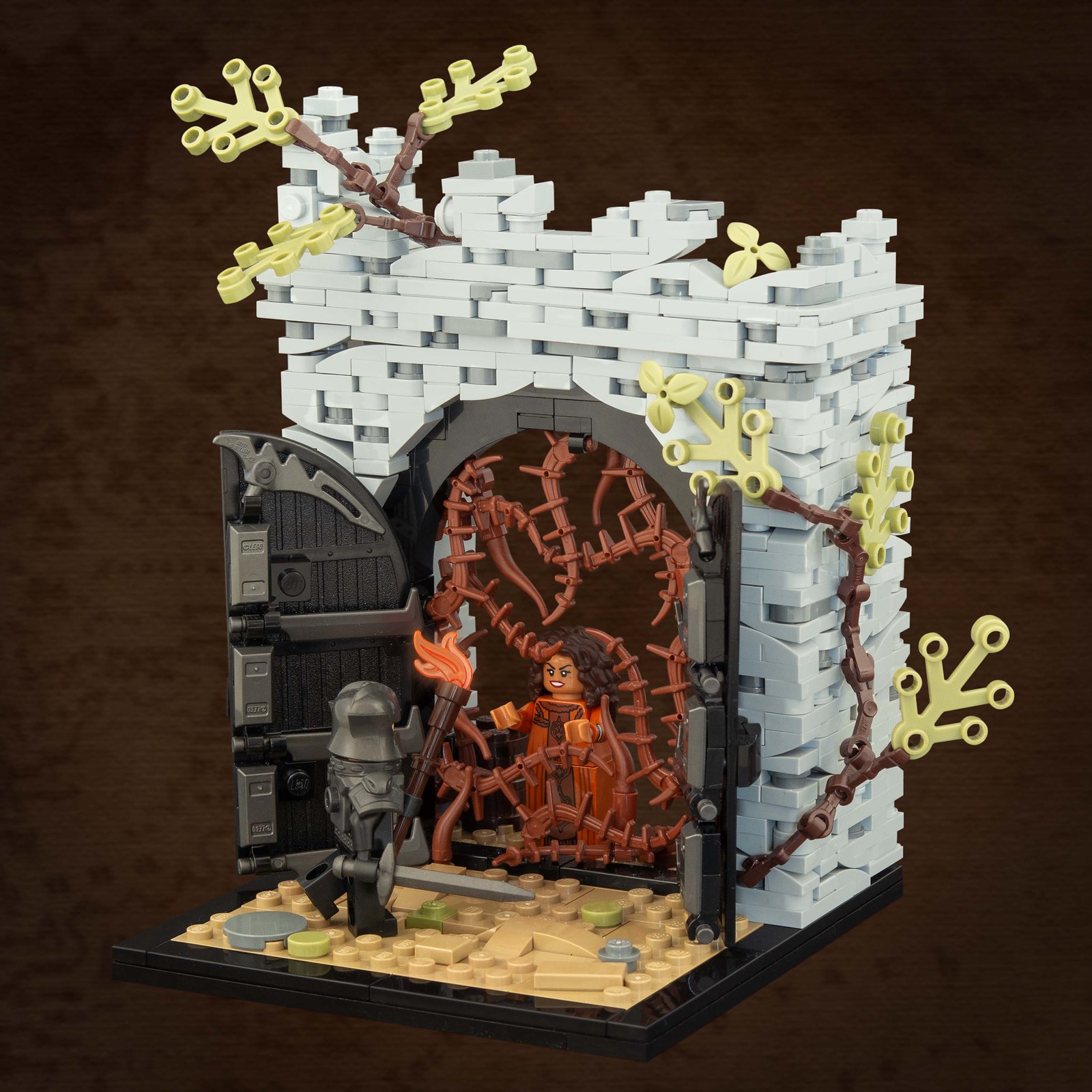