Welcome to Day 22 of our LEGO Advent Calendar countdown. Each day, we’ll reveal the four mini-builds from the LEGO Harry Potter, LEGO Star Wars, LEGO Friends, and LEGO City 2019 advent calendars along with commentary from The Brothers Brick team. 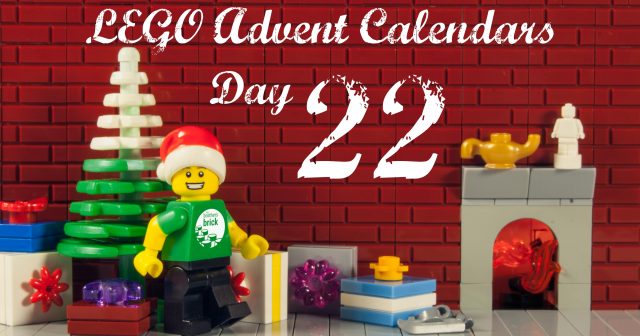 If you’re opening one (or more) of these advent calendars along with us, we’ve made sure the pictures and commentary on each day’s models will be behind a jump so we don’t accidentally ruin the surprise. Will we get something new for Day 22?

For Day 22, we have a pile of presents from Harry Potter and a Cloud Car pilot from Star Wars. 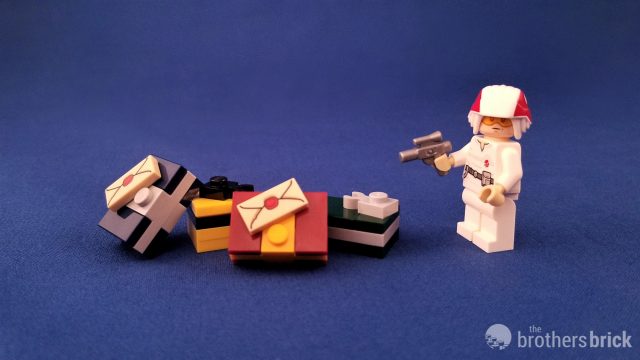 Dave: That is one significant stack of Harry Potter presents! The 26 parts create a present for each of the Hogwarts houses, plus we get two new printed tiles with a red wax seal–only previously available in the gorgeous 75958 Beauxbaton’s Carriage. (Honestly, these presents put to shame the ones from Day 8 of the City advent this year.)

For Star Wars, we get a cloud car pilot, previously only available in last year’s 75222 Betrayal at Cloud City set. Including such a limited minifig is exactly what the Star Wars advent needed to feel a bit more premium this year.

Lino: While flourished with extravagant gifts himself, it was then that Stevie realized he didn’t get anything for his Twin-Pod cloud car gunner.

Benjamin: I bet that’s an ugly sweater from my old Aunt Beru.

Chuck: That’s a nicely generous pile of presents for one day’s build.

Matt: With a “pew, pew, pew!” there arose such a clatter. The gifts were all gone, except for a papery splatter.

Continuing with Day 22, we have a sewing machine ornament from Friends and a fireplace from City. 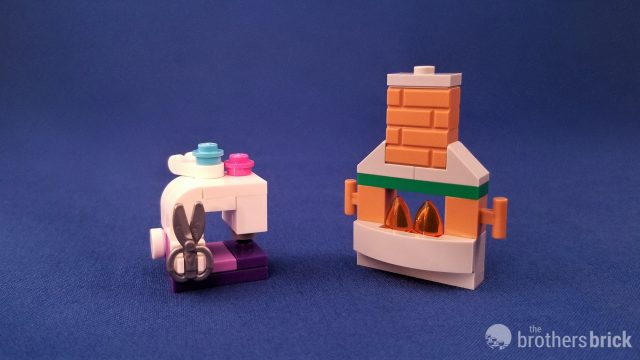 Dave: The sewing machine is a decent build, but I’m going to take off the scissors and pretend it is an industrial microscope instead. This model also suffers from the “let’s add a handle piece to it and call it an ornament!” mentality of this advent, though it is nice to get one in white instead of gold like the rest of the builds. For City, I’m considering this a minimalist take on a fireplace. It does the trick, but in comparison to the decorative Harry Potter fireplace from Day 19, this one suffers. It should have included an ice-cream scoop element in a new color like dark grey on that top jumper to signify smoke.

Benjamin: Do the different calendar designers not get to compare notes? This is a sad fireplace compared to the Harry Potter one.

Chuck: Once you see the trans-orange tooth flames as eyes and the handles on the 1×1 bricks as ears, you can’t un-see the possessed animated fireplace. 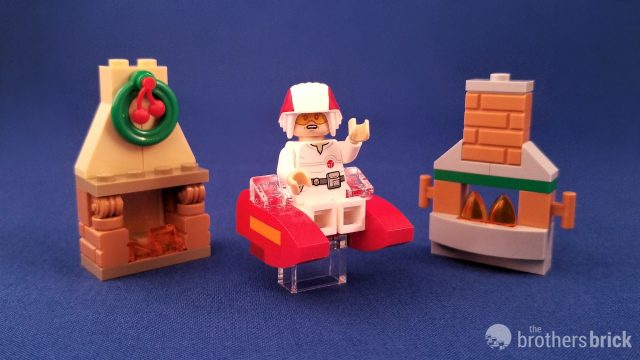 Dave: We brought back the Harry Potter fireplace from Day 19 for a better comparison. And the alternate face of the pilot looks genuinely surprised as if his cloud car just got hit with a shrink ray!

Lino: Stevie was asked to choose a fireplace for his parent’s new home but instead he spent all of their money on one of those horsey amusement rides you see outside department stores. In Stevie’s defense this one was was shaped like a Twin-Pod cloud car so you couldn’t really blame him for doing what he does best.

Matt: Meet the spin-off of “Between Two Ferns.”

Benjamin: Why would you put the two fireplaces together? The City one is going to feel self-conscious now.

Chris: The Twin-Pod Cloud Car is 100% a better rocking chair than the real rocking chair model from the City advent that came on Day 12.

Chuck: “And after hanging the sewing machine by its own thread, the three friends settled down for a fireside chat.”