Welcome to Day 8 of our LEGO Advent Calendar countdown. Each day, we’ll reveal the four mini-builds from the LEGO Harry Potter, LEGO Star Wars, LEGO Friends, and LEGO City 2019 advent calendars along with commentary from The Brothers Brick team. 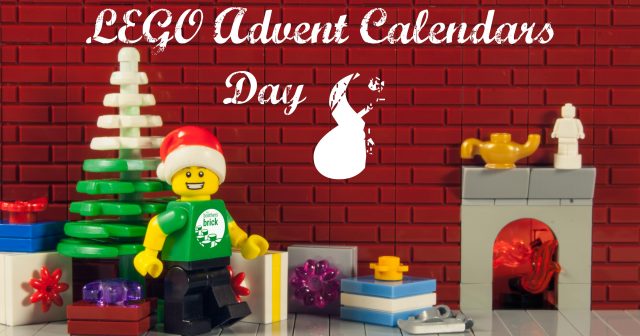 For Day 8, we have a Turkey and some orange-ish food from Harry Potter and a mini Ahch-To Island from Star Wars. 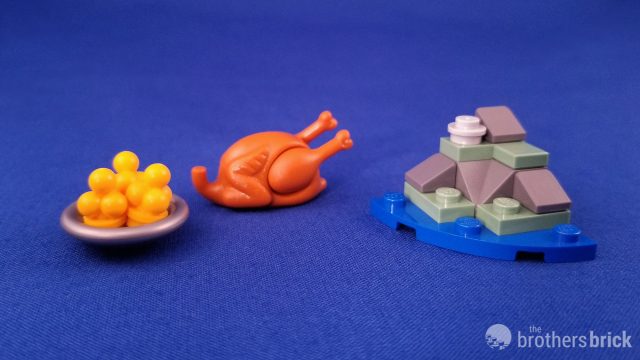 Dave: Wow, a whole turkey (or is it a roast Porg?)! Those have been pretty rare the past few years. And it is nice to get the flat silver dish–I believe this is the first time it has been in this color besides the printed version that came as the Pensieve with Professor Dumbledoor in the Harry Potter collectible minifigure series. The mini Ahch-To Island from Star Wars is cute with a 1×1 round light grey stud representing Luke’s hut from 75200. The build reminds me of Jabba’s Palace from 2016’s advent calendar, actually.

Alexander: What is that dish on the right? I like the blue plate, though!

Lino: I loved the mac-and-cheese and the turkey the best. We don’t talk about what Aunt Ethel brought.

Benjamin: That’s a new type of pudding, made with green milk on Ahch To, I believe. It goes great with turkey.

Andrew: So, is that turkey actually one of those space cow things that Luke milks?

Chris: You know, LEGO has never made a non-cooked turkey? (Not counting the few brick-built ones.)

Edwinder: Heavens to Murgatroyd! What’s that thing on the right? I stare and I stare and try to make something out of it… and I give up.

Continuing with Day 8, we have a snowman ornament from Friends and some presents from City. 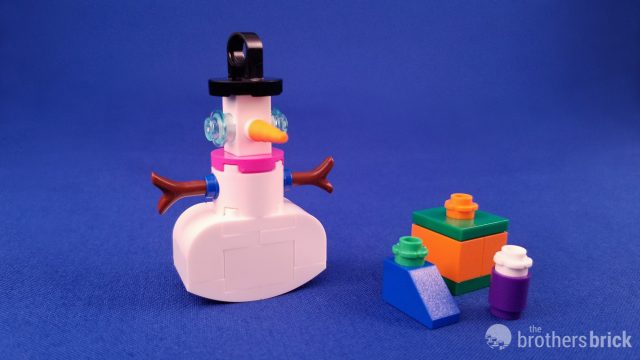 Dave: LEGO seems like it can never get a snowman right. The clear blue studs on the side of the head are unnerving… are those bug eyes? Or are they translucent earmuffs? At least this build is bigger than most, though while I like the shaping of the base, the head needs help. For City, I have to say that these present designs seem to be phoned in and as simple as they can get, especially in contrast with the great brick-built presents LEGO has made in the past.

Lino: A moment on the lips…a lifetime on the hips. Am I right?

Benjamin: Looks like someone is getting a shoe for Christmas. Just one, though.

Andrew: The walleyed snowman gives me the creeps.

Rod: “I like big drifts and I cannot lie…”

Chris: Every year, I think I’ve seen the worst snowman in an Advent calendar, and every year they manage to do worse. This guy is a real piece of work.

Matt: This snowman looks like one part man and one part bird.

Edwinder: …and seventeen parts to confuse you of all your prior knowledge about snowmen. 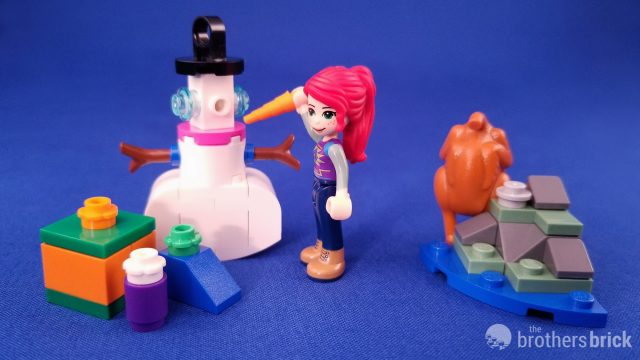 Dave: The mutant roasted zombie-Porg is back for revenge as Mia is infected with its murderous rage.

Alexander: My brain simply can’t make a connection between the left and the right parts of the picture…

Edwinder: Alex, it’s by design. Right side of the brain, all the creativity and love story of a snowman and it’s maker. Left side, all the logic around how turkeys will stand up headless and gravitate to a piece of rock formation when earth’s rotational axis tilts at 27% degrees.

Lino: By 4 o’clock Stacy gets really cranky and starts to stab things.

Andrew: Behind you! BEHIND YOU!!!

Chris: That turkey is giving me the heebie-geebies.