We’re live from the show floor at Toy Fair New York 2018, where LEGO held a press-only event this morning to unveil the range of LEGO sets that will be launched this spring. Unfortunately, many of the rumored and previously leaked sets are not part of the range of products on display at Toy Fair, so our coverage is somewhat more limited than in previous years. 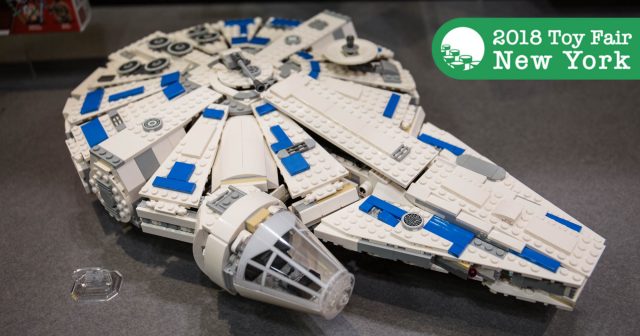 Overall, our impression of the new Millennium Falcon is that it’s very similar to the Episode VII Falcon from The Force Awakens. We’ll take a closer look after the jump.

The shape and size of the new Falcon match the Episode VII and earlier Original Trilogy incarnations of Han Solo’s iconic cargo ship. 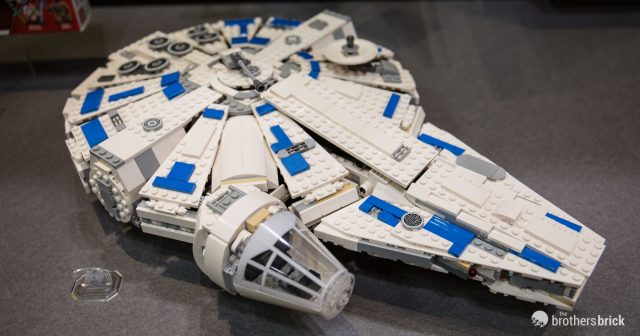 The cockpit canopy detaches and can seat two minifigs. 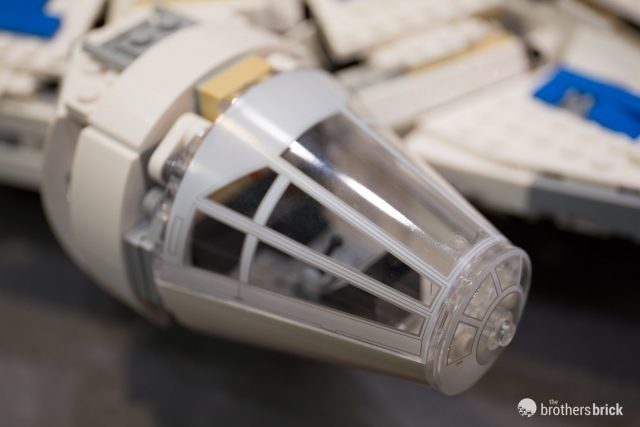 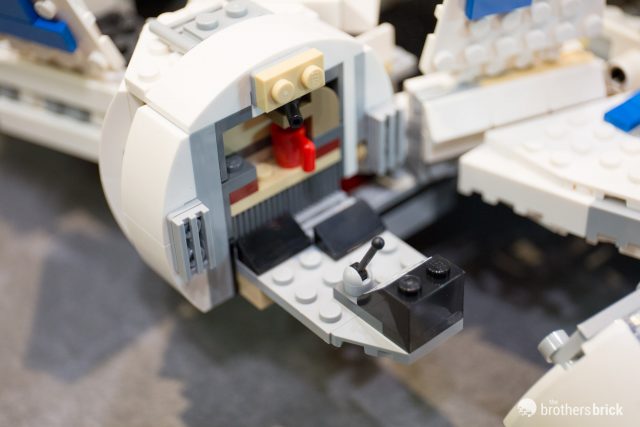 The rear has an engine bank similar to the set of curved sections on the previous Falcon as well. 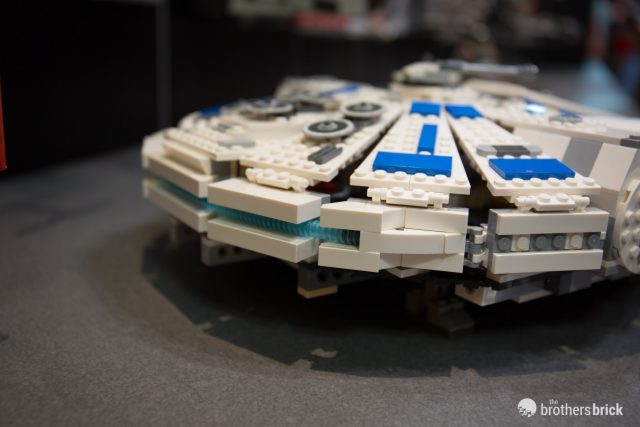 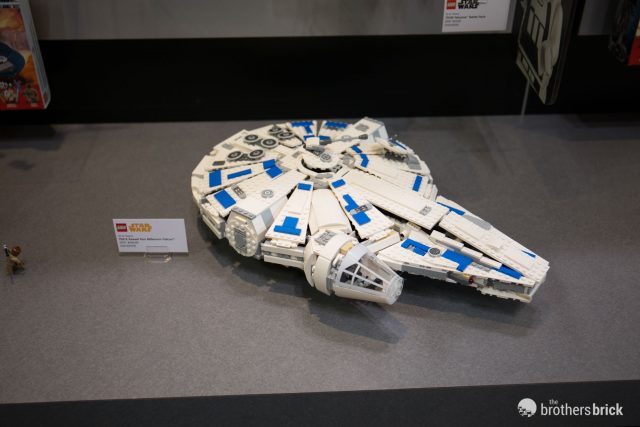 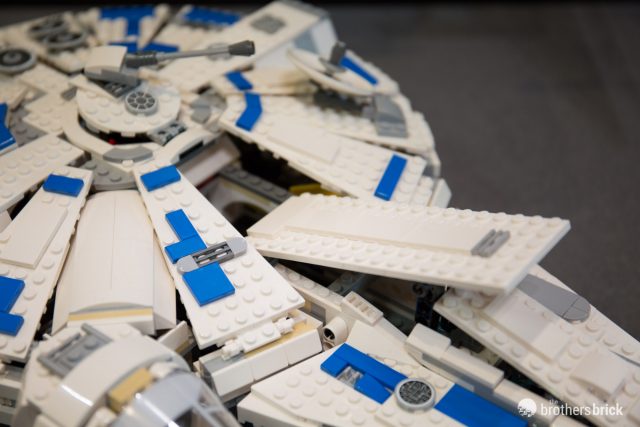 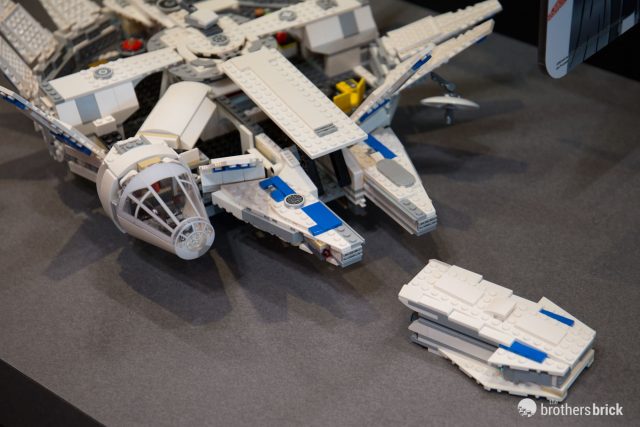 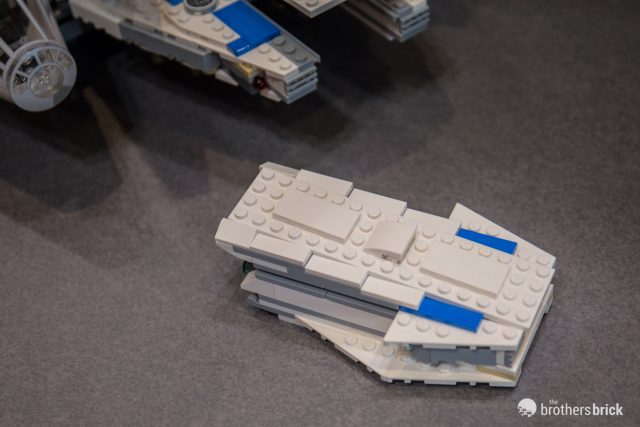 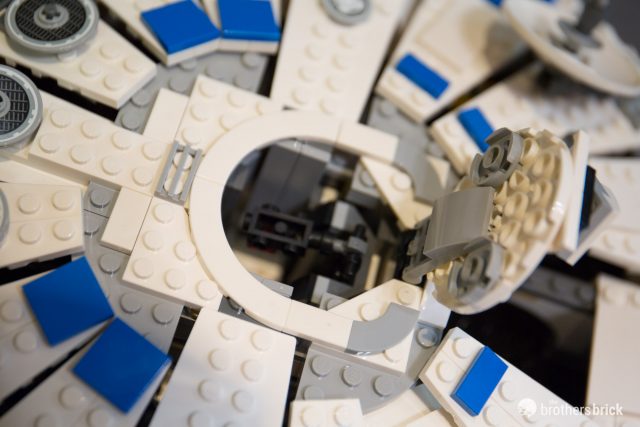 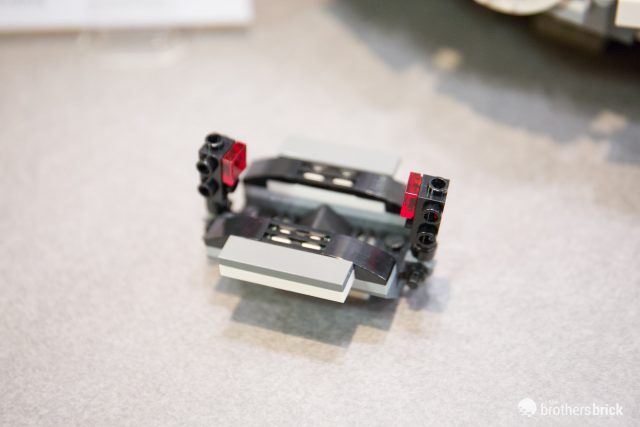 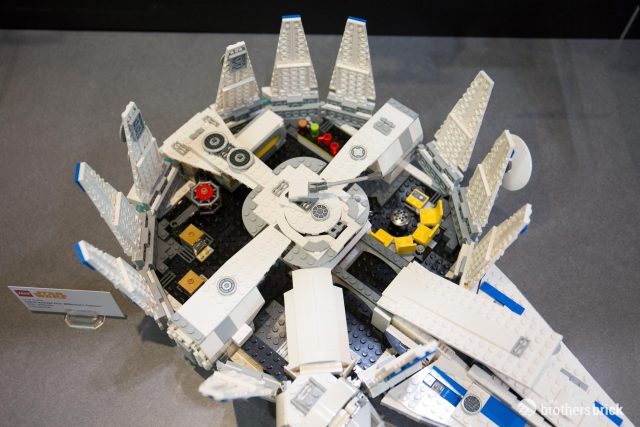 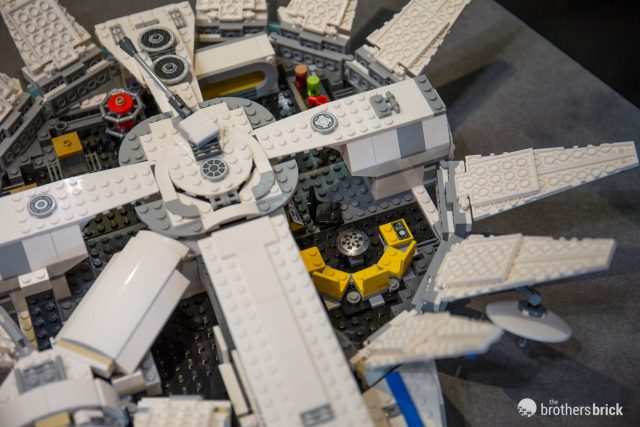 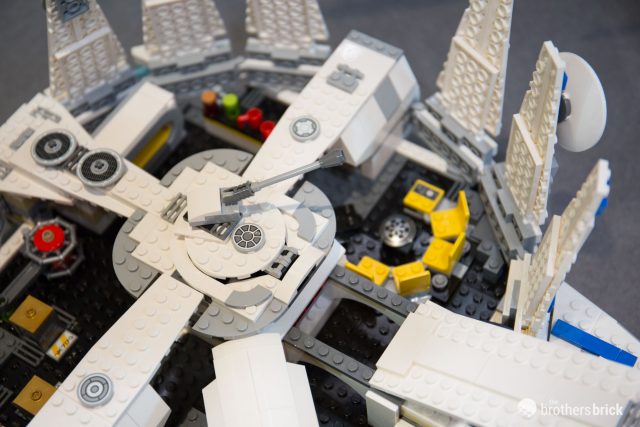 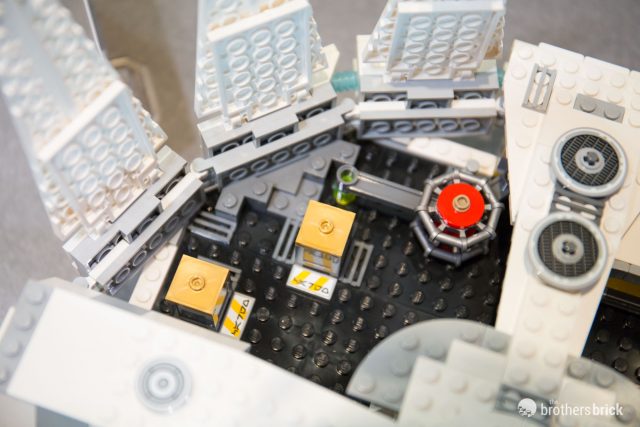 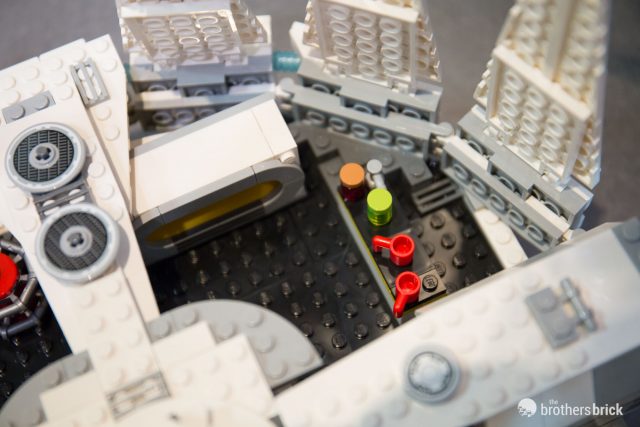 We’ll be back on the show floor this weekend, so let us know if you have any questions in the comments and we’ll update the post with new information we learn.