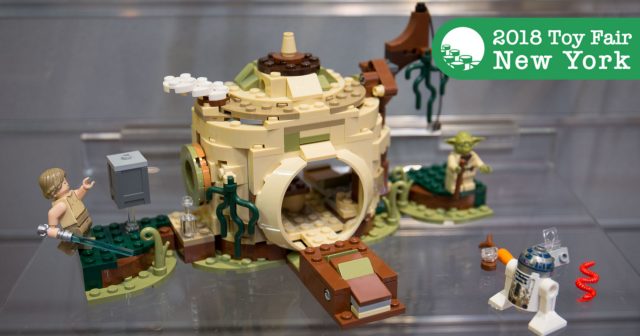 The selection of products that LEGO revealed today is fairly limited — focused only on the April wave of sets and not the sets we know will be released in August. 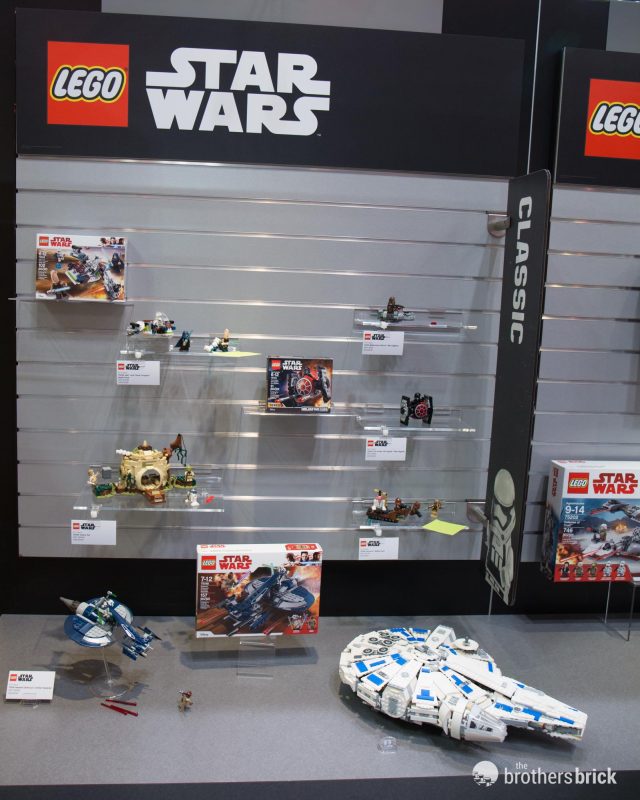 Even though the focus of this year’s releases centers on Solo, the Original Trilogy continues to get new sets, including several re-releases that are sure to make a new generation of young Star Wars fans overjoyed. 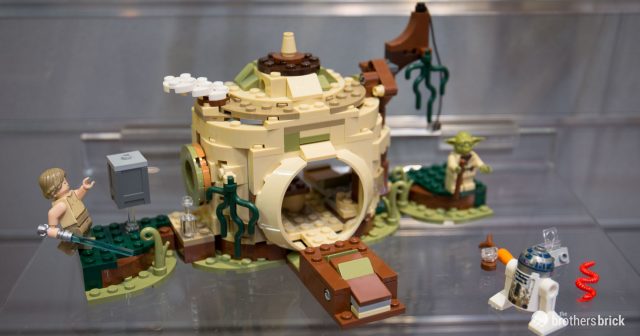 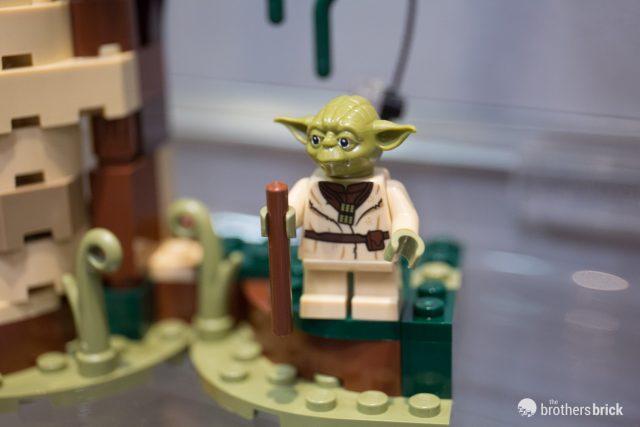 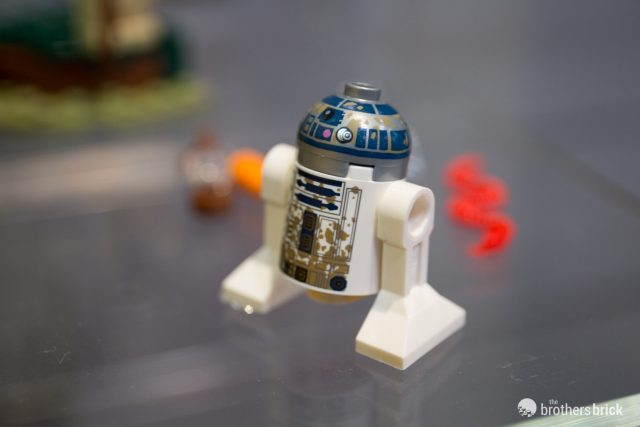 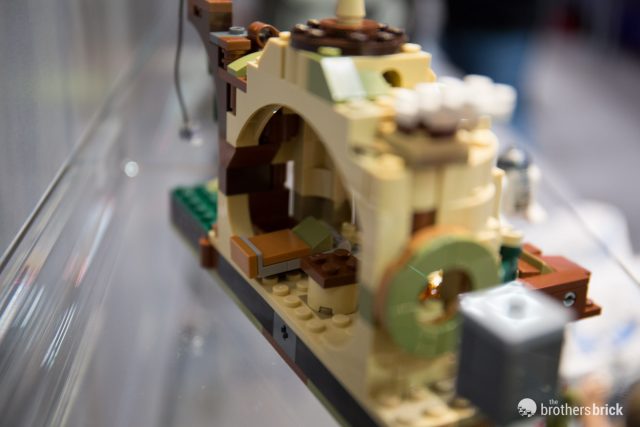 Despite the vitriol directed at the Prequel Trilogy by many Star Wars fans who saw the prequels as adults, the movies remain very popular with younger viewers, and LEGO continues to produce new sets from the trilogy each year.

75206 Jedi & Clone Troopers Battle Pack includes Ki-Adi-Mundi, Barriss Offee, and two Clone Troopers with what appears to be a miniaturized version of the Republic Gunship. The set will include 102 pieces and retail for $14.99 / 16.99 € on April 20th. 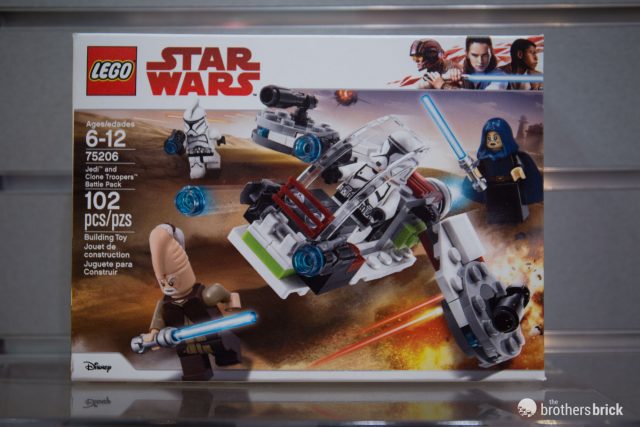 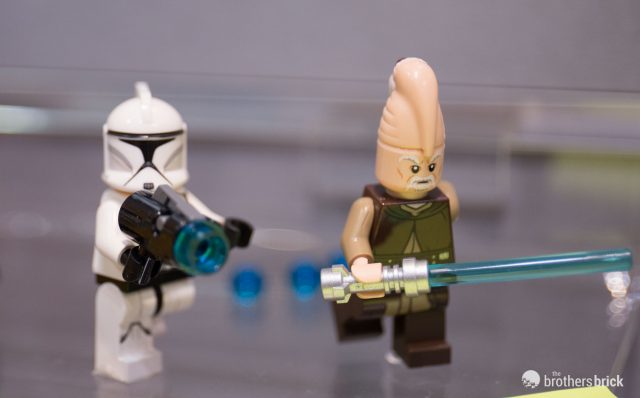 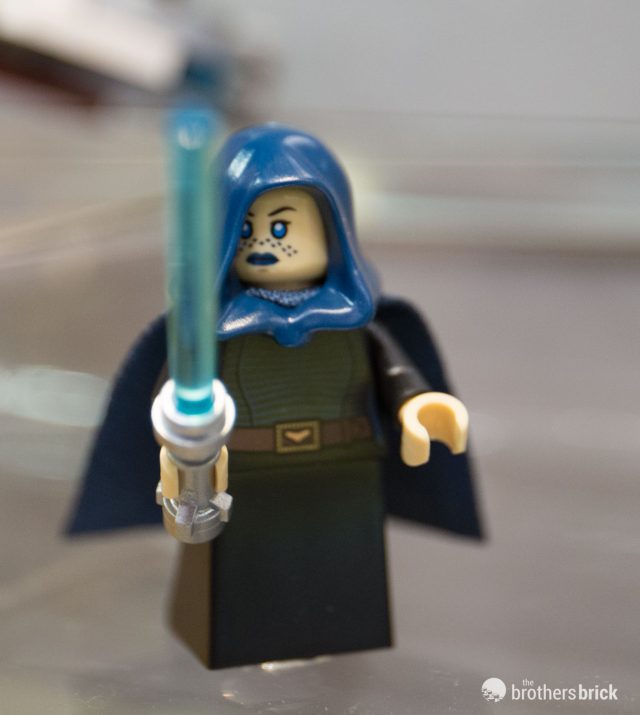 The LEGO booth also included a display of LEGO Star Wars merchandise, including the Ultimate LEGO Star Wars book by TBB editors Chris Malloy and Andrew Becraft, as well as a backpack, T-shirts, the usual keychains, and so on. Unfortunately, booth staff weren’t able to answer too many questions about the licensed merchandise (vs. the LEGO sets on display), and we’re not aware whether the cool new T-shirts will be available in adult sizes. 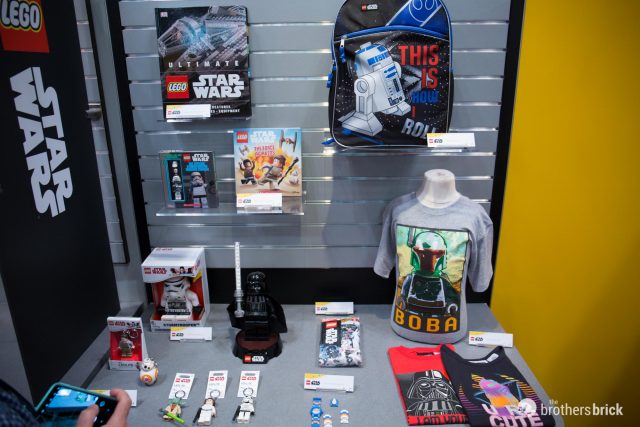 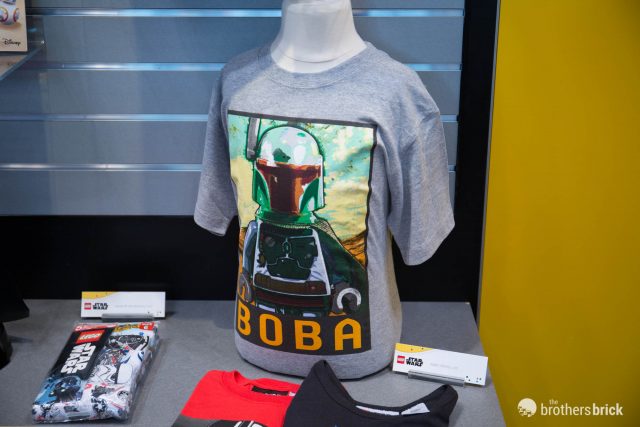 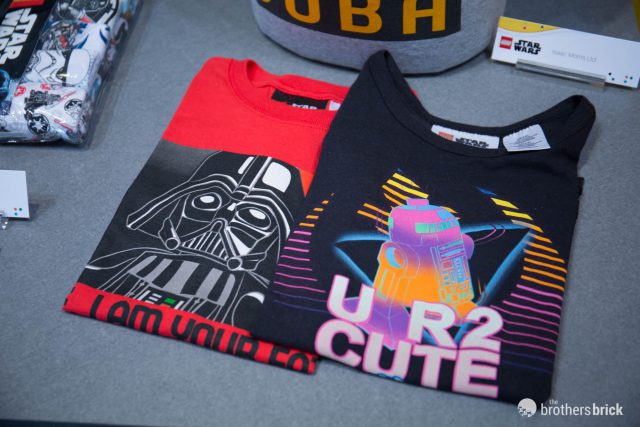 Several new and revamped characters join the line of “constraction” figures later this year. The one set on display at Toy Fair was Darth Maul. 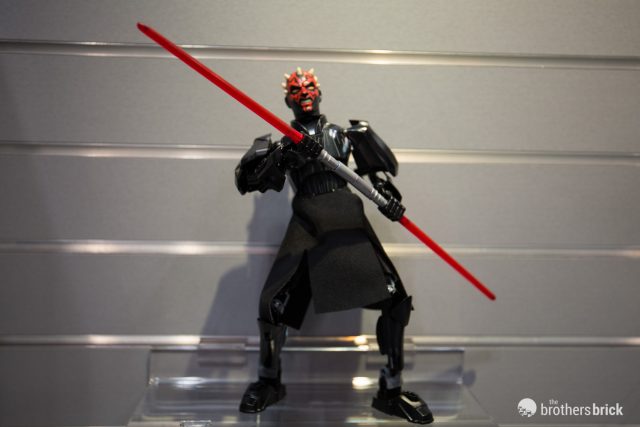 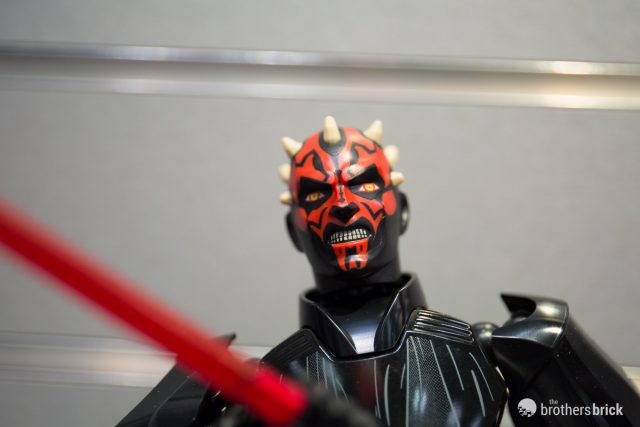