Officially unveiled this morning, we were able to see the new 76105 LEGO Marvel Super Heroes The Hulkbuster: Ultron Edition set at Toy Fair in New York ourselves. The set will retail for $120 and includes 1,363 pieces, with a release date on March 3. 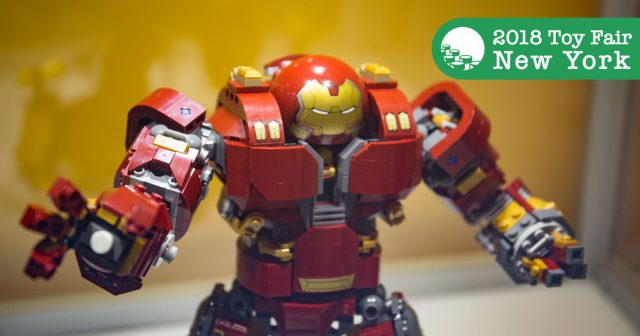 Standing at 10.4 inches (26.5 cm) tall, we can see an interchangeable weaponry arm and an arc reactor that hosts a light brick. Also unique is an exclusive minifigure of Tony Stark’s Mark 34 Iron Man armor, complete with a tiny UCS-like panel.

We captured the moment LEGO first unveiled the Hulkbuster in this short video.

Unfortunately, as the video shows, LEGO had the Hulkbuster set in a locked case during the press event today, so our photos aren’t able to be quite as up close or hands-on as some of our other coverage. 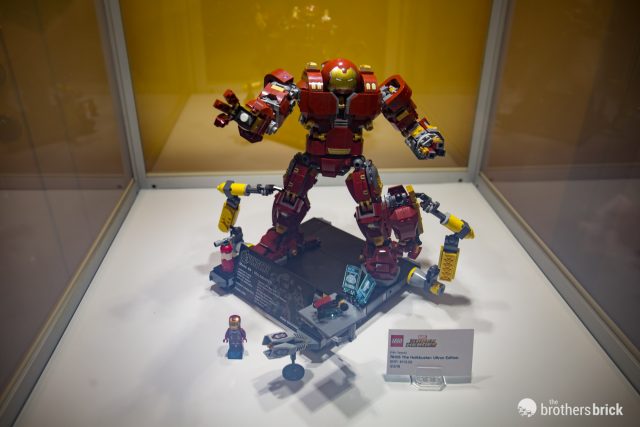 Many LEGO builders and collectors would categorize this set in the “UCS” (Ultimate Collectors Series) alongside sets like the UCS Millennium Falcon. It does come with a specification panel for the Mark 44 Hulkbuster Suit (a large sticker), but isn’t being marketed by LEGO as a formal part of that series. 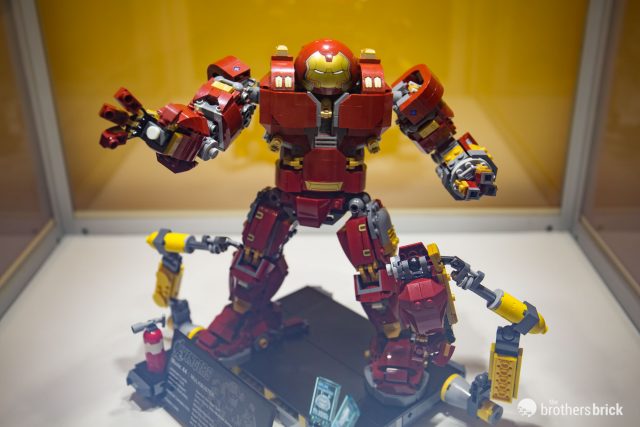 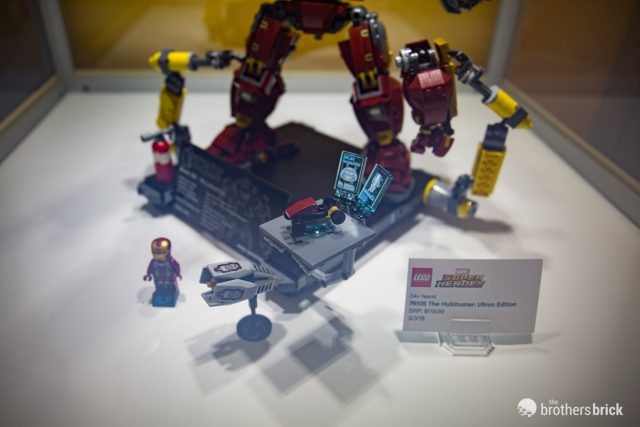 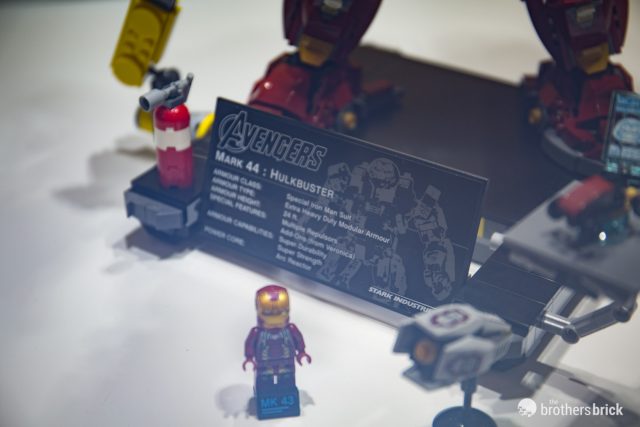 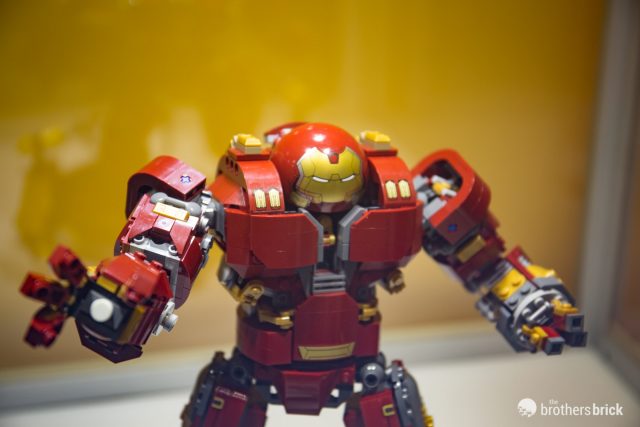 Fans who are after the Infinity stone gems will be disappointed as this set does not include any stones to complete the glove, but at this scale of a Hulkbuster, this is likely to be a highly collectible set anyway.