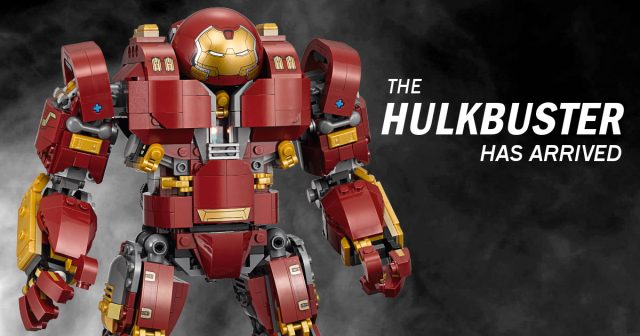 The impressive set includes a rotating torso with a light brick in the chest, two options for interchangeable left arms (one of which includes working jackhammer functionality), a construction assembly platform with two robot arms, glow in the dark highlights, a fire extinguisher, and a UCS-like sticker highlighting the technical details of the Hulkbuster armor. 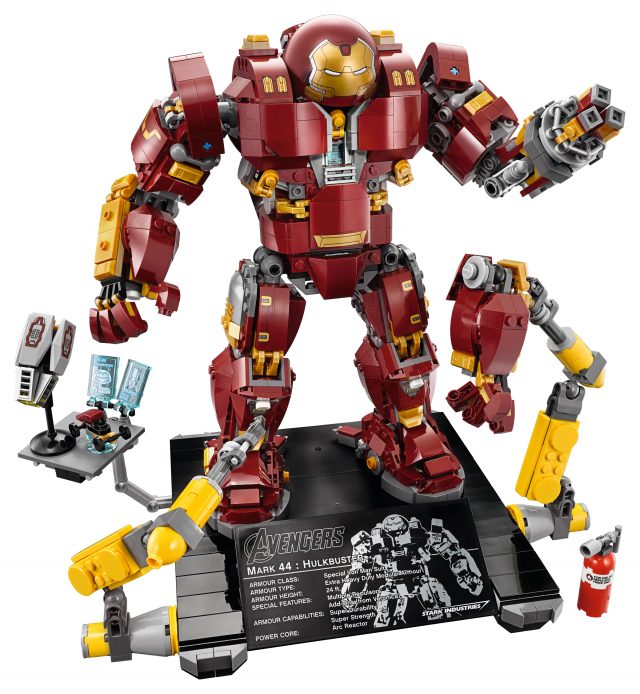 Measuring over nine inches tall, the Hulkbuster is fully poseable and also comes with Tony Stark’s workshop desk with computer screens, a toy racecar and a small model of Veronica, the mobile service module deployed from a space satellite to anywhere on earth to deliver the armor in the blockbuster film. 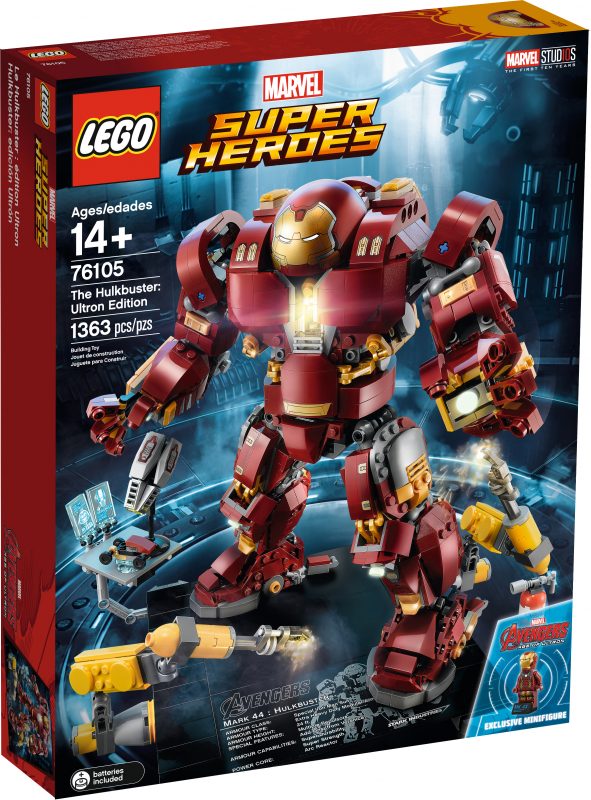 The Hulkbuster also comes with an exclusive minifigure featuring Iron Man’s Mark 34 armor. The Mark 34 armor has been available in minifigure form previously in three Age of Ultron-themed sets, though this version includes a more accurate torso print detailing the housing for the circular Arc Reactor on its chest. 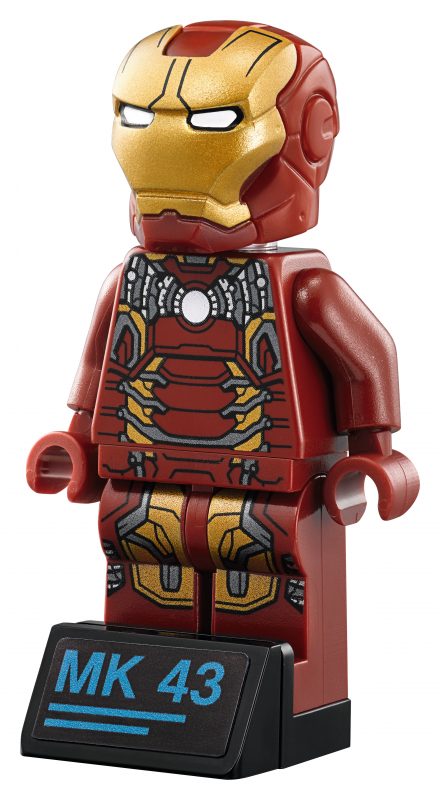 The exclusive Iron Man Mark 43 minifigure can easily fit into the Hulkbuster armor by flipping the mech’s printed domed head. This functionality was first seen in 76031 The Hulk Buster Smash, though on a much smaller scale, and might be seen again in the upcoming Avengers: Infinity War set, 76104 The Hulkbuster Smash-Up. 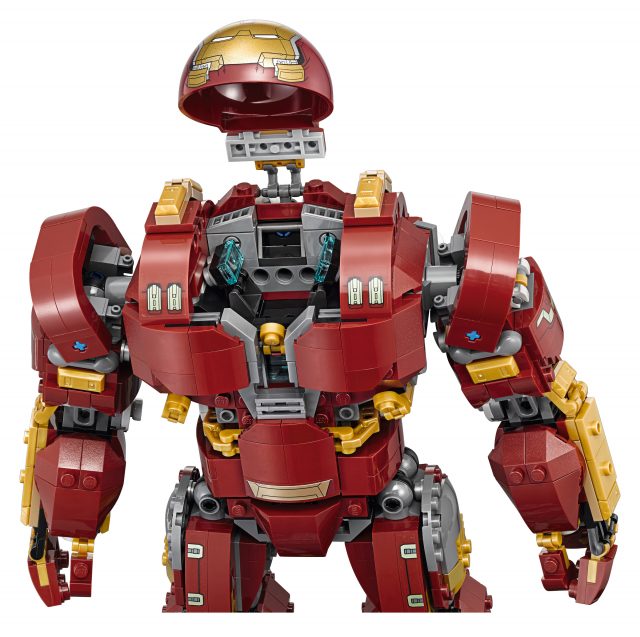 The front and back of the Hulkbuster include some impressive greebling by using pearl gold ingots and modified 1×1 rounded plates with handle, a newer piece that recently came in the LEGO IDEAS 21313 Ship in the Bottle. The pearl gold detailing really sets off the dark red armor nicely, and the model comes with several new part colorings in dark red, specifically the new “double jumper” located on the back of its arms. 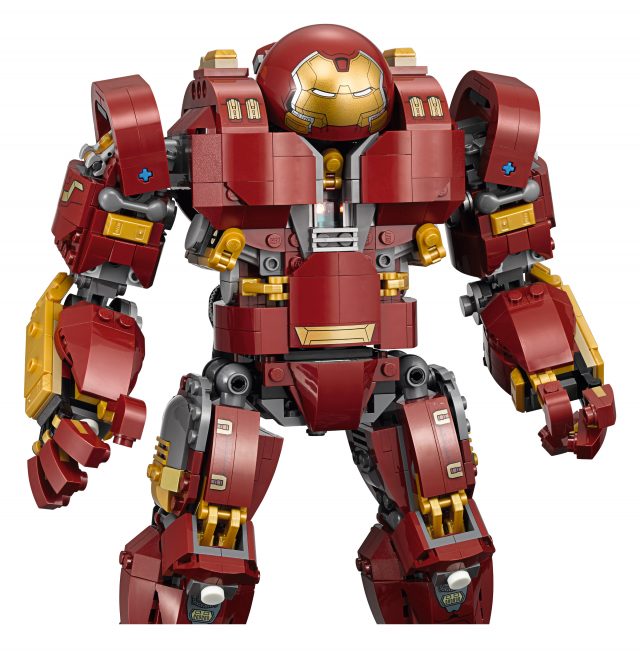 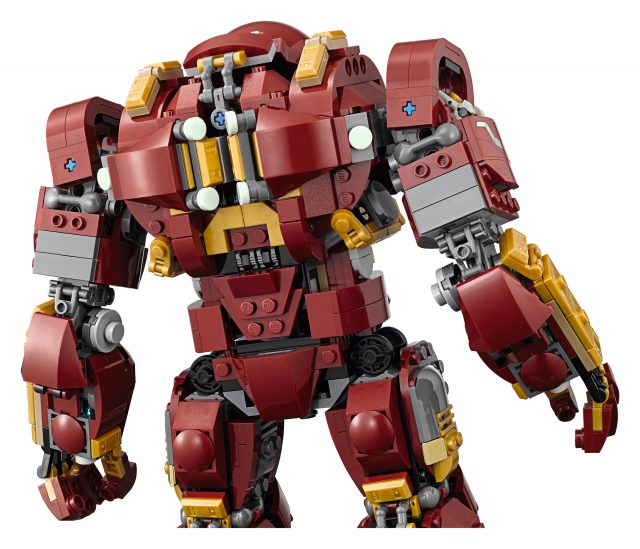 The Hulkbuster’s left arm can be interchanged between a regular arm with poseable hand or a jackhammer arm, using a rubber band to achieve the functionality. The extra appendage can be attached to one of the construction platform’s robot arms for storage when not in use. 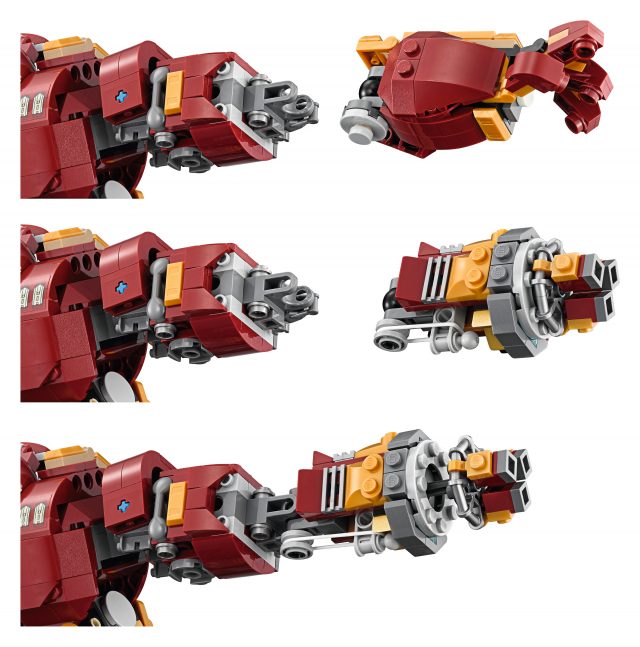 In comparison to it’s film counterpart, the LEGO Hulkbuster’s gold detailing and glow in the dark elements really make this model shine. This side-by-side comparison shows how close LEGO has been able to replicate the shape and details of the Hulkbuster from the Avengers: Age of Ultron film. 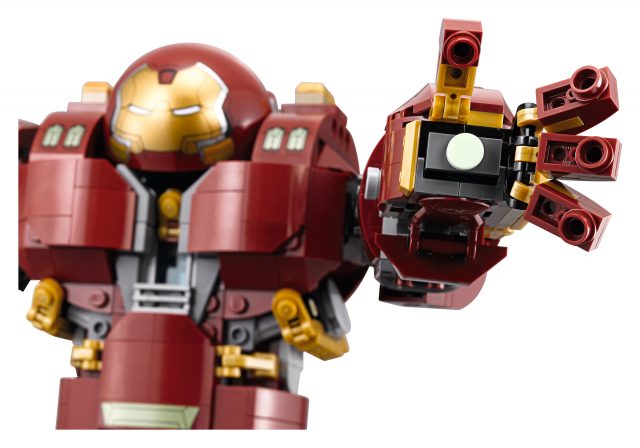 Overall, the Hulkbuster appears to be a highly detailed, near-film accurate set that will likely be extremely popular. LEGO has confirmed that there will unfortunately be no VIP early access for the Hulkbuster when it goes on sale Saturday, March 3rd, a trend we are seeing more and more of following the VIP early launch sell-out of the 75192 UCS Millennium Falcon. So good luck to those who want to get this awesome set, just don’t let the actual Hulk anywhere near it since he has a proclivity to smash shiny things.

The full press release and image gallery from LEGO are included below. The Brothers Brick will bring you close-up photos of this set and more from the New York Toy Fair this weekend, so stay tuned.

Create and show off the mighty Hulkbuster!

Build The Hulkbuster: Ultron Edition, with a punching jackhammer arm and LEGO light brick in the chest, and display it on the platform with attachable robotic construction arms. Includes an Iron Man, exclusive minifigure. 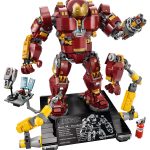 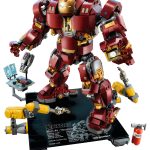 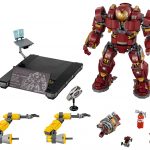 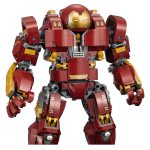 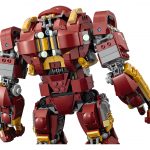 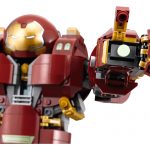 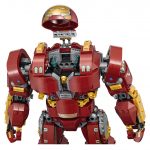 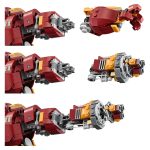 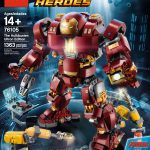 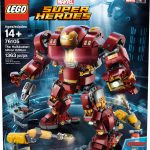 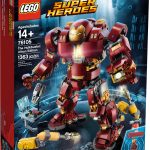 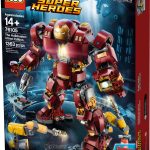 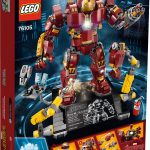 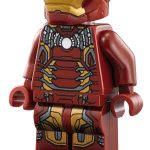 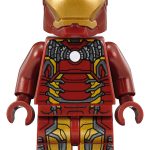 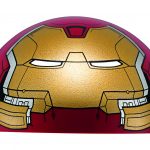