Let’s take a step back to 1996 – an innocent time when the world was full of boy bands, teen magazines, and MTV still played music videos. An unsuspecting world was informed in no uncertain terms what they really, really wanted: to zigazig-ah with the Spice Girls, courtesy of their first single, “Wannabe”. Since then, the Spice Girls have cemented themselves as a cultural phenomenon through music, movies, and, now, their very own LEGO BrickHeadz. Released as part of a trend of music-themed sets, like 21329 Fender Stratocaster Guitar and 31204 Elvis Presley Mosaic, the new Spice Girls Tribute BrickHeadz focus hit hard on mid-90s pop music nostalgia. But how does the set stack up against other BrickHeadz? Let’s dive in and take a look. 40548 Spice Girls Tribute will be available on March 1 from the LEGO Shop for US $49.99 | CAN $64.99 | UK £44.99. 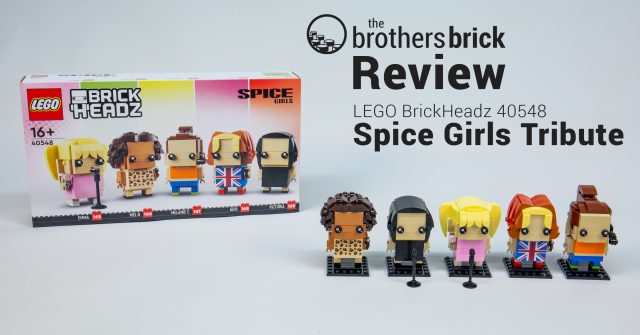 END_OF_DOCUMENT_TOKEN_TO_BE_REPLACED

LEGO’s instructions portal has given us a spicy sneak peek at an upcoming BrickHeadz set, 40548 Spice Girls Tribute. The set features the most BrickHeadz yet with all five pop stars in their iconic costumes. There’s no word yet on when the set will be available or how much it will cost, but given that LEGO is already uploading images of the set, it’s a good bet it will be March 1 release along with a slew of other sets. 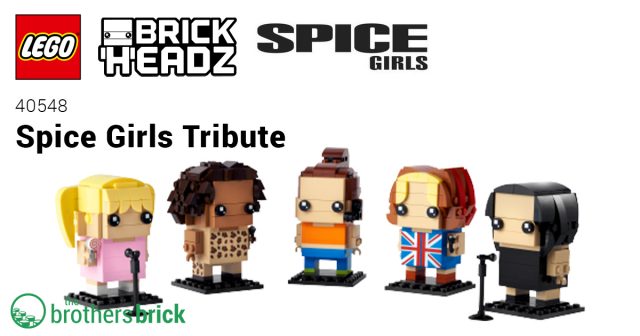 Update: LEGO has now officially revealed the set, so check out more info on it below, and don’t miss the other new LEGO sets for Spring 2022: