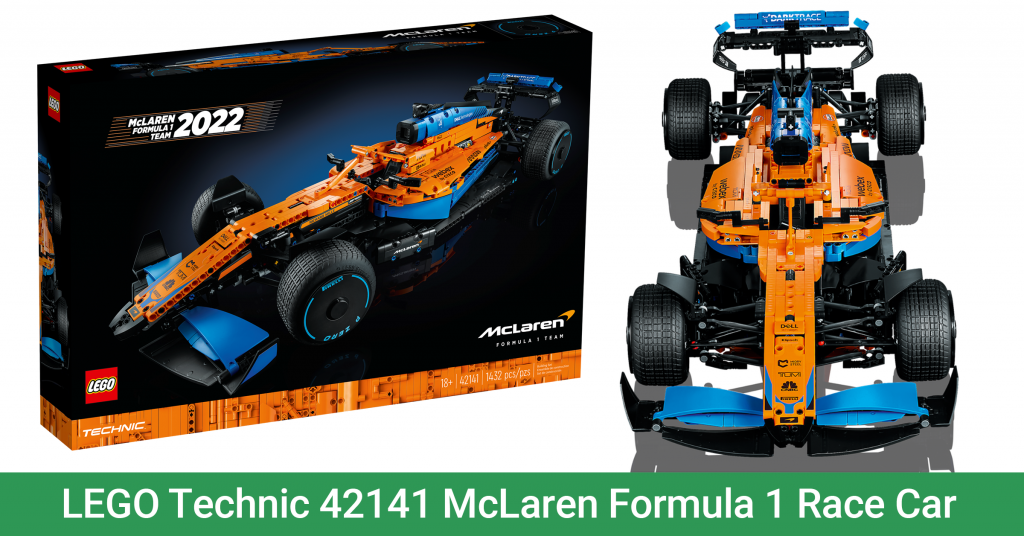 Designed for adults, the new LEGO Technic racing car comes in a regular box with a black background. 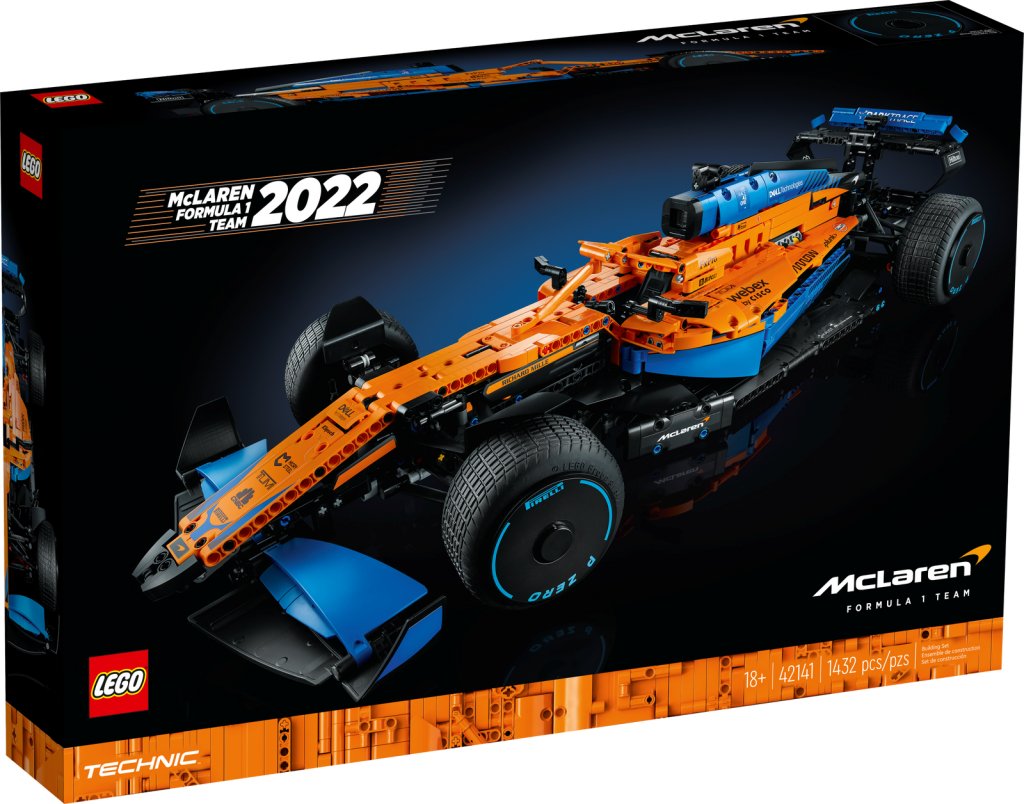 Formula 1 fans will notice that, although the model itself is from 2022, the livery belongs to the 2021 car. That’s because the actual 2022 car will only be presented by the team later this week. Obviously, the LEGO design team had no access to the new top-secret F1 design, so the brick-build model is a weird mix of two cars. 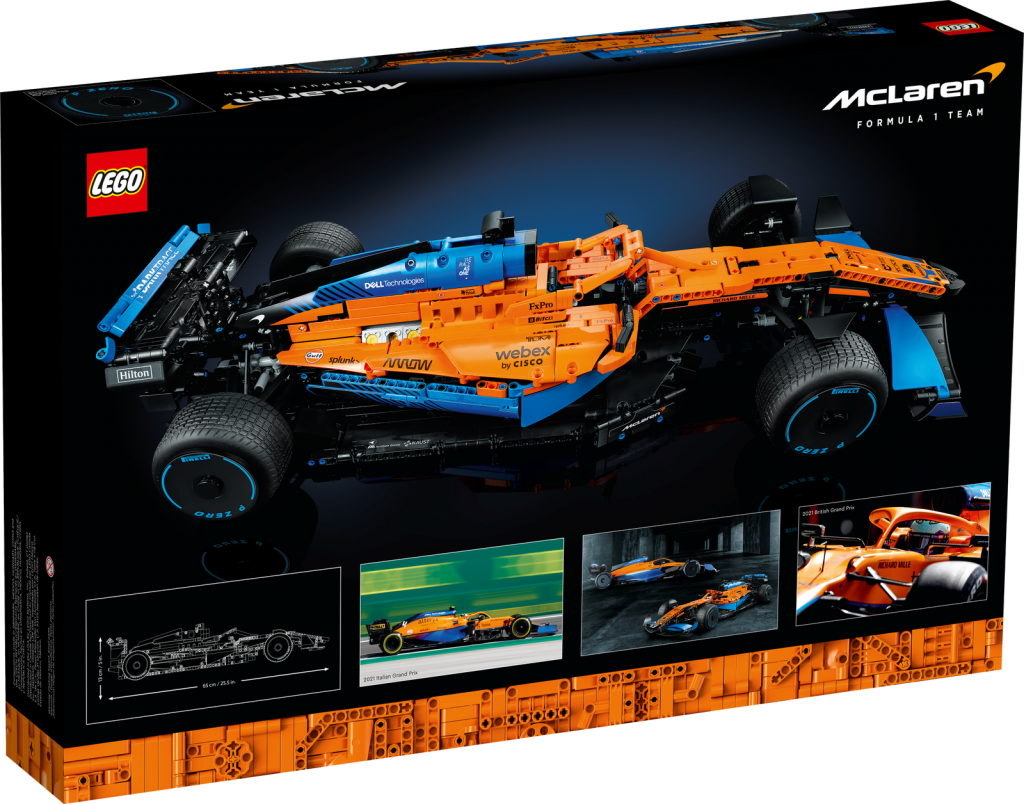 Dozens of new elements can be spotted on the official product pictures including the new larger and smaller panels, bizarre Technic frames, and, of course, the return of the massive tires from the Batman’s Tumbler. 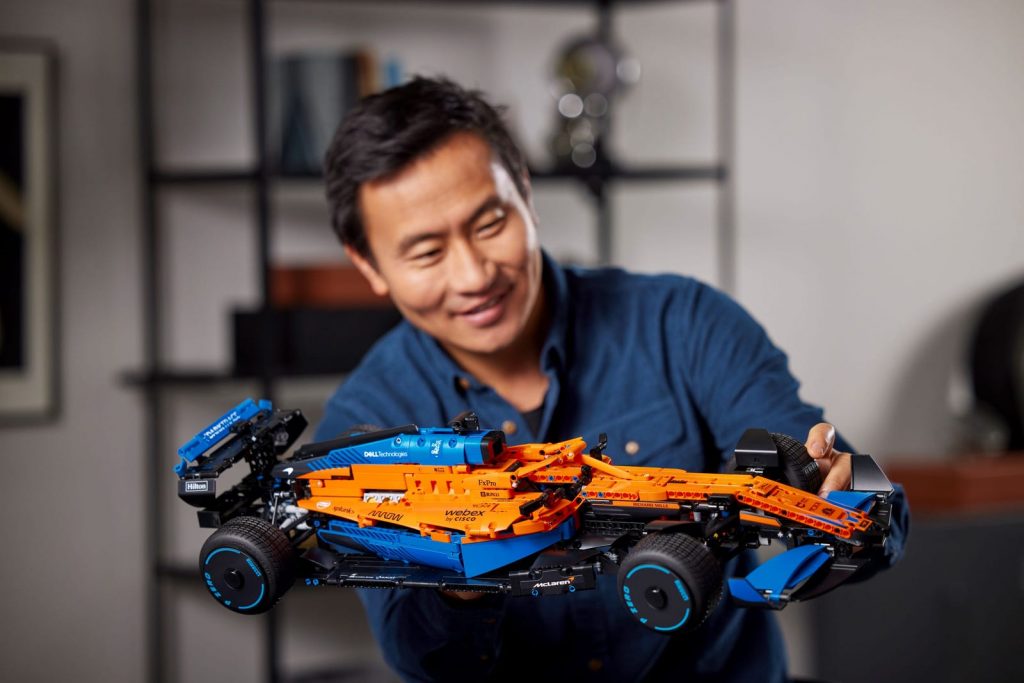 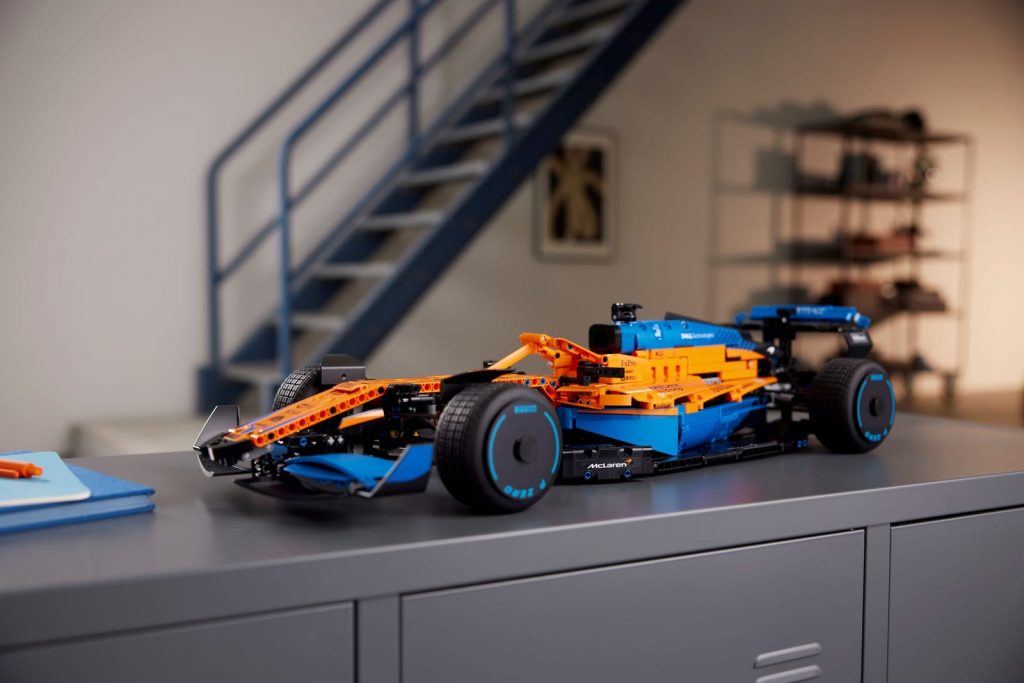 Drivers, get ready to fuel your Formula 1 passion as you get the new LEGO Technic McLaren Formula 1 Race Car ready for the tracks! This impressive new model is packed with exquisite design and functionality which will be sure to steal the show in any collection.

Just like its real-life counterpart, this stunning LEGO model is truly a one-of-a-kind piece of engineering excellence. Designed in close collaboration between engineering experts from the LEGO Group and McLaren Racing as the new Formula 1 race car was in development, the new model plays homage to the team’s iconic 2021 season livery, while giving fans a glimpse of what they might expect from McLaren Racing’s new F1 season model. The LEGO Technic version of the McLaren masterpiece is fully modelled on the life-size version featuring a V6 cylinder engine with moving pistons, steering activated from the cockpit, suspension and a differential lock.

The new LEGO Technic McLaren Formula 1 Race Car is the first LEGO Technic incarnation of a Formula 1 car [1] and offers racing fans a meticulous translation of McLaren’s pioneering design and cutting-edge technology that’s so crucial on-track. This set offers Formula 1 enthusiasts a chance to recharge and relax with a hands-on, focused building activity that helps them explore their passion for the sport. “The partnership between the LEGO Group and McLaren continuously develops each time we get together for the next collaboration. We never stop trying to excite and inspire our fans by pushing the limits of possibility through the technology and designs produced that, both on the racetrack and with LEGO building.” said Neils Henrik Horsted, Head of Product, LEGO Technic.

James Key, Executive Director, Technical, McLaren Racing, said “We are excited to unveil the unique LEGO Technic model of our McLaren F1 car, a fun and engaging product that celebrates our 2021 season livery while giving fans a hands-on interpretation of the new 2022 F1 car design. This has been made possible by an agile collaboration with LEGO Group team, who have truly embraced the spirit of our brave and bold approach to design. The final product looks fantastic, and we cannot wait to make this available to our fans.”

This 1,432 piece model will be sure to give LEGO fans and McLaren Racing lovers alike sure to feel an immense sense of pride when they cross the finish line. Measuring over 5 in. (13 cm) high, 25.5 in. (65 cm) long and 10.5 in. (27 cm) wide the model is complete with sponsor stickers to make it a display piece to cherish.

The LEGO Technic McLaren Formula 1 Race Car will be available globally from March 1st, 2022 from LEGO.com, in LEGO stores and other retailers globally, and McLaren’s worldwide retailer network.