This Egyptian temple at the edge of an oasis is more than just a stack of tan bricks. Sebeus I makes good use of stickers from the Pharaoh’s Quest LEGO theme for the tall pinnacle in the foreground, but the star of this build is the large hieroglyphics across the front of the temple, constructed using slopes and some clever sideways-facing plates and tiles. The entrance uses some simple textures to create visual interest, and those statues of Anubis flanking the doorway are very accurate. 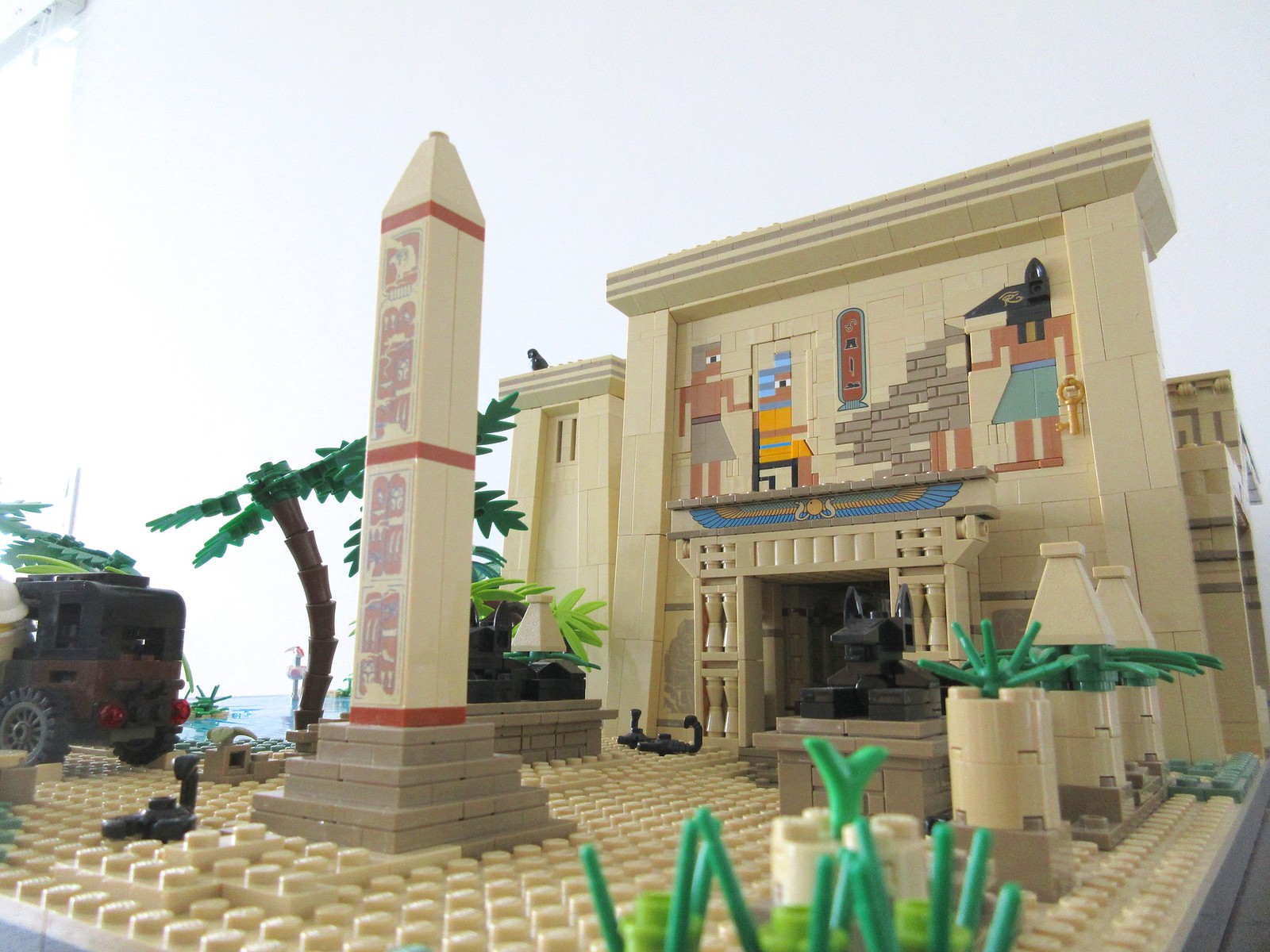 It’s one thing to build an accurate, good-looking LEGO model of a big rig like this 1/20-scale Volvo FH. Getting the shaping down is impressive enough on its own, especially when working with a color like medium azure which has fewer available part types. But builder Sebeus I wasn’t content to stop at making it look pretty; instead he made it a fully-functional RC model with working steering, lights, and a hooklift system for loading and hauling containers. The best working function to me, though, is the rear axle, which can be lowered and raised as needed just like on the real truck. 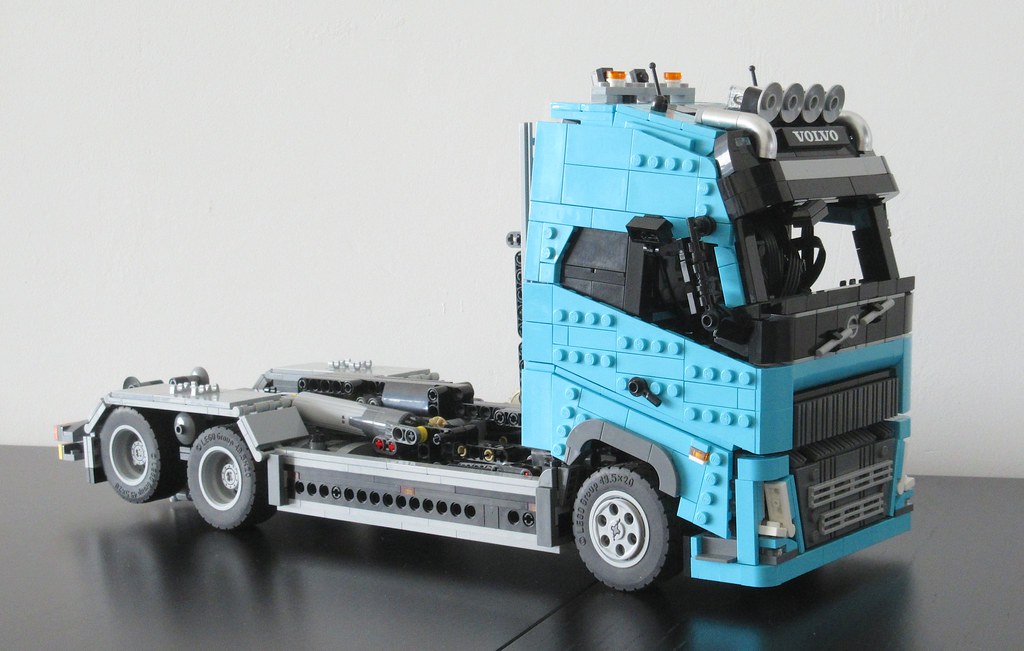 Check out this video to see it in action:

Sometimes a builder has an idea but waits for years for the right LEGO pieces to come out. In this case, Sebeus I was inspired by the Queen Anne’s Revenge set that came out ten years ago and wanted to build a ship with a dark brown hull. It took all of this time but finally, his vision could be built. Behold The Spectre! He tells us that it wasn’t smooth sailing though as the 1×2 jumper plate still hasn’t been molded in dark brown. A point of pride for the builder is this isn’t a very flashy ship. Much of what people prefer to build are extravagant seafaring craft but an understated ship like this was more common back then. His main sources of inspiration were the Lady Washington and the HMS Bounty. This is clearly a labor of love well worth the long wait. 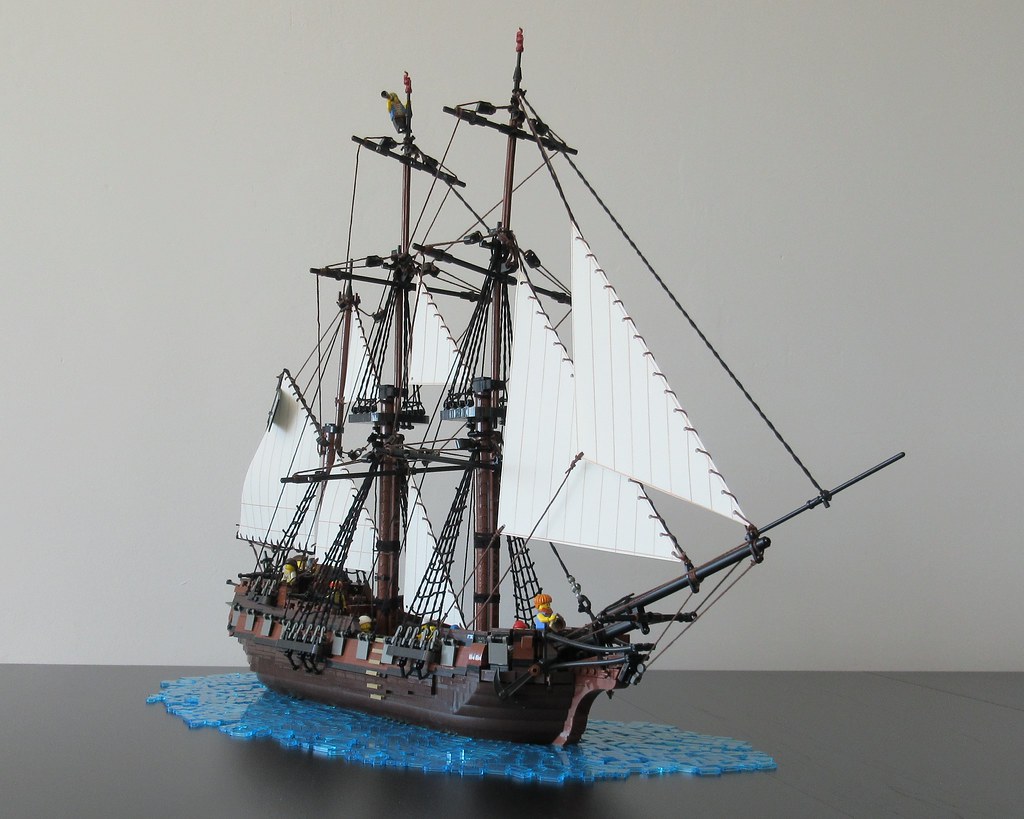 While the Harry Potter books speak of the staircases changing, they don’t exactly explain how. Magic, obviously, but in what way is not entirely specified. It’s a little bit of interpretation and movie magic that created the incredible swiveling staircases that Percy Weasley refers to in the first film. I would guess that building one as a set prop was challenging. But it could very well be possible that this LEGO version, built by Sebeus I was just as difficult to engineer. At first glance, it looks like an ordinary build, but a turn of the crank brings the diorama to life. 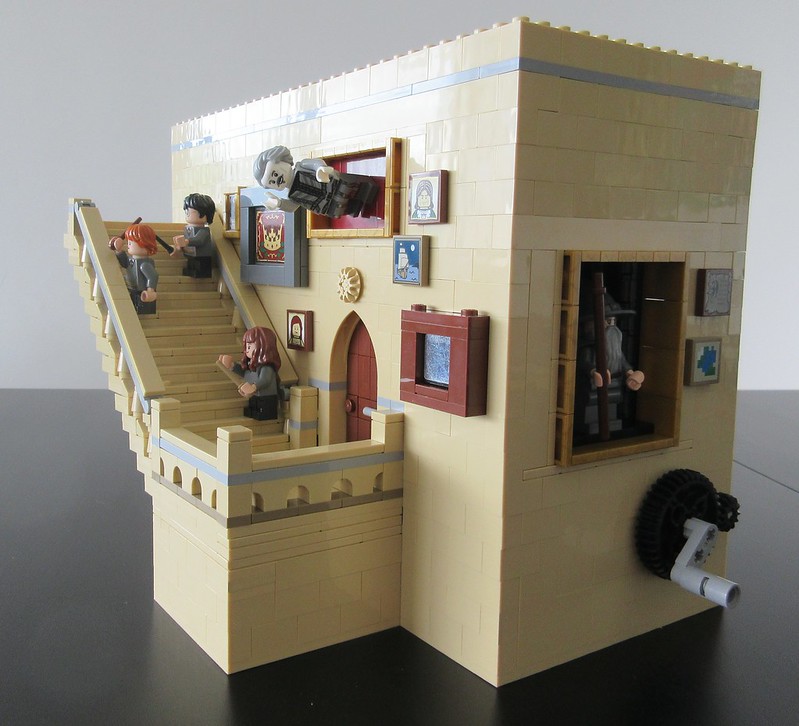 We’ve been teased with a video of how the staircase shifts 90 degrees (made into a sped-up GIF below), but I’m dying to see the internal mechanics! It’s one thing to build a revolving platform. But to make the banisters change brings a whole new level of complexity!

Want to see more? We have plenty exciting builds from the magical world in our archives. You can also take a look at another stunning build by Sebeus. (Hint: it’s from a completely different movie!)

I can say with certainty that once the sea gets in your blood, you may spend a lifetime yearning to return to it. I often desire to smell the salt air, to hear the roar of the surf and to feel the unique sensation of being onboard a ship that rocks beneath my feet. Like re-learning to ride a bicycle, once you’ve returned you regain your “sea legs” (ability to walk and work in a forever rocking environment) no matter how old and creaky your bones may get and no matter how far you have traversed from the sea. A builder who goes by the name of Sebeus I likely knows what I mean, as evidenced by this small imperial trading ship. The color scheme follows the sloop from the Imperial Trading Post 6277 set from 1992. 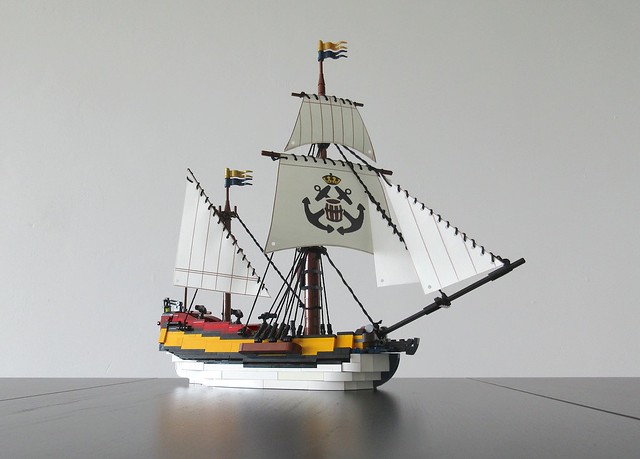 Stay tuned to his photostream as he tells us this is merely one small craft that will inhabit an entire island town. 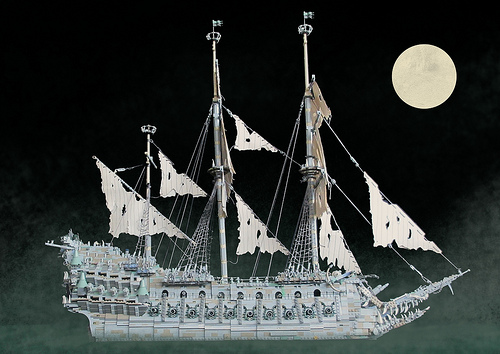 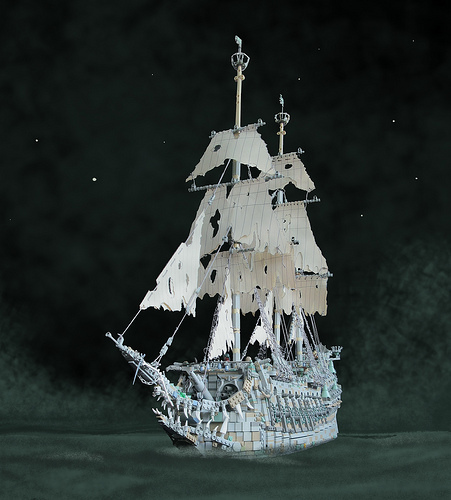