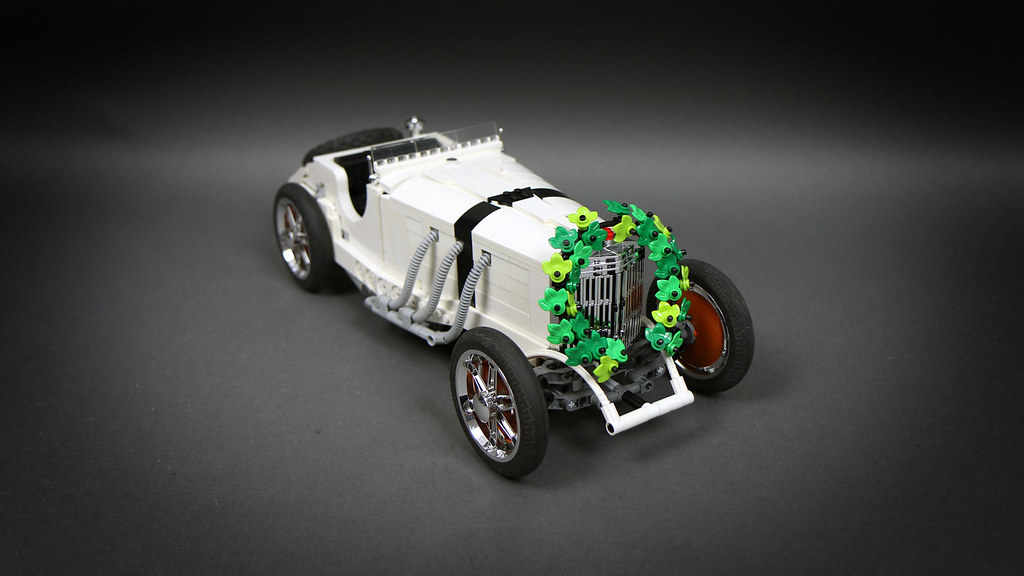 Building functioning vehicles has been a passion for many builders ever since the introduction of the Technic line of LEGO sets back in 1977 as the Expert Builder series. Some builders add motors so their vehicles can move and steer, but then there are builders like Sariel who go far and above merely building a motorized vehicle to create something truly special. When I first saw this model of a MAZ 535 heavy artillery truck made in USSR, I was impressed by both the scale, and the attention to detail, which compared to photos is remarkable. 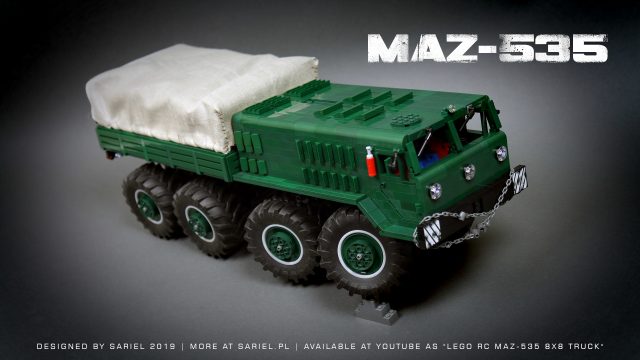 But the amazing attention to detail doesn’t stop there. Sariel has created a video that shows off some of the many hidden features, included an opening top hatch, and two speeds for the transmission, which allows the LEGO truck to pull an incredible amount of weight. In the video, the Maz is seen pulling a chair across the floor! There is even a scene of an adorable hamster checking out the fabric hand-stitched canopy.

When LEGO came out with these massive tires a few years back vehicle builders rejoiced, but sometimes you need something more for building large tractors, monster trucks, post-apocalyptic mono-wheels, or other things needing outrageous tires. A builder who goes by the name of Sariel found some amazing non-LEGO tires that fit LEGO hubs perfectly, and used them on this legendary Caterpillar 797F Dump Truck. The real thing is 25 feet (7.7m) high to the canopy, 49 ft 6 in (15.1 m) long and weighs in at a staggering 624 tons when empty. This model is considerably smaller but no less impressive and, as LEGO vehicles go, it is a force to be reckoned with. 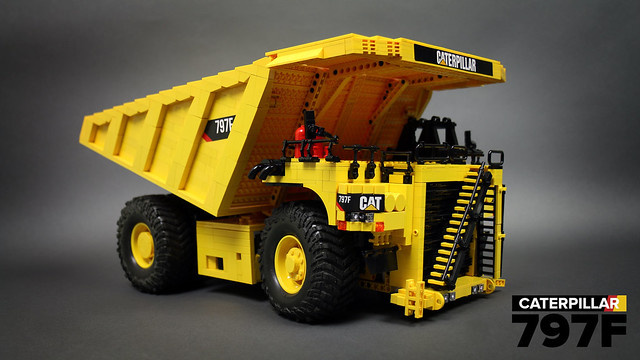 With its rugged stance and attention to detail, I would have been impressed enough if this were a stagnant model. However, as this image illustrates, it is jam-packed with Power Functions and a robotic Mindstorms EV3 unit to give it that extra push of awesomeness. I can see myself playing with this big Cat for hours all the while making truck noises like a six-year-old. It doesn’t take much for me to revert back to a six-year-old but, given this post’s title, you would have guessed that already. 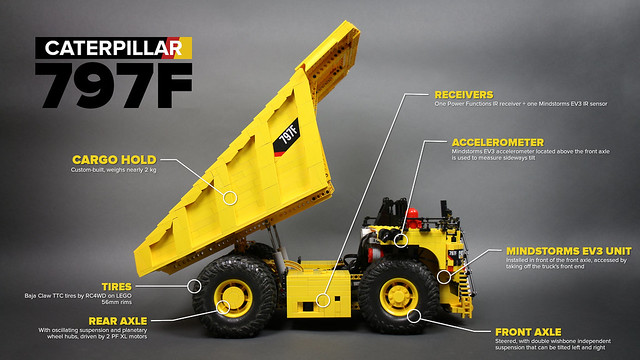 In fact, you can even see it in action in Sariel’s video!

[Update: an earlier version of this article mistakenly identified the tires as LEGO elements. We regret this error.]