If you’re a blacksmith, odds are you have a supplier of ore and metals coming from a nearby mine. In this case, the mine is built by -LittleJohn. Clearly taking inspiration from the new LEGO Ideas Medieval Blacksmith set, builder -LittleJohn made this creation for the Colossal Castle Contest. The Allanar Mine is run by dwelves (dwarves + elves) who offer a warm meal and a soft bed to any travelers passing through. 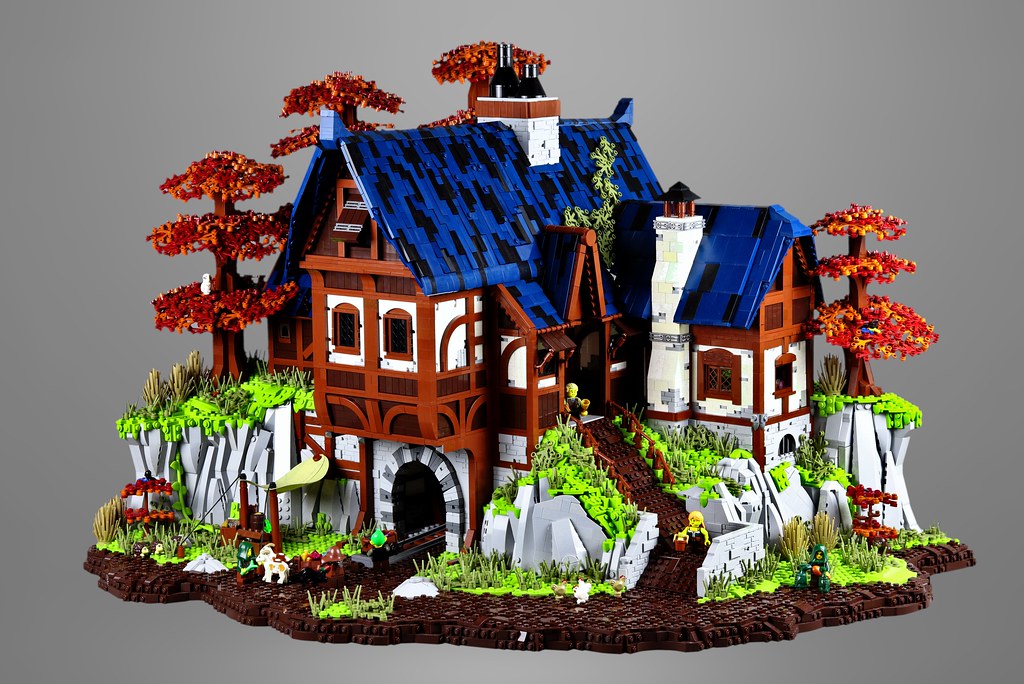 The level of detail here is staggering. The landscaping, the mine building, and the inn are a work of art. I’d have to say my favorite part of this build is the windows. They’re beautiful! Both paned and double-paned are built so creatively. I’m going to have to see if I can replicate -LittleJohn’s techniques in my next medieval-themed creation.

Saxon churches are surely a familiar site in England, but this is also true of the United States as well. This LEGO church built by Pieter Dennison certainly reminds me of some churches I have seen in New England. 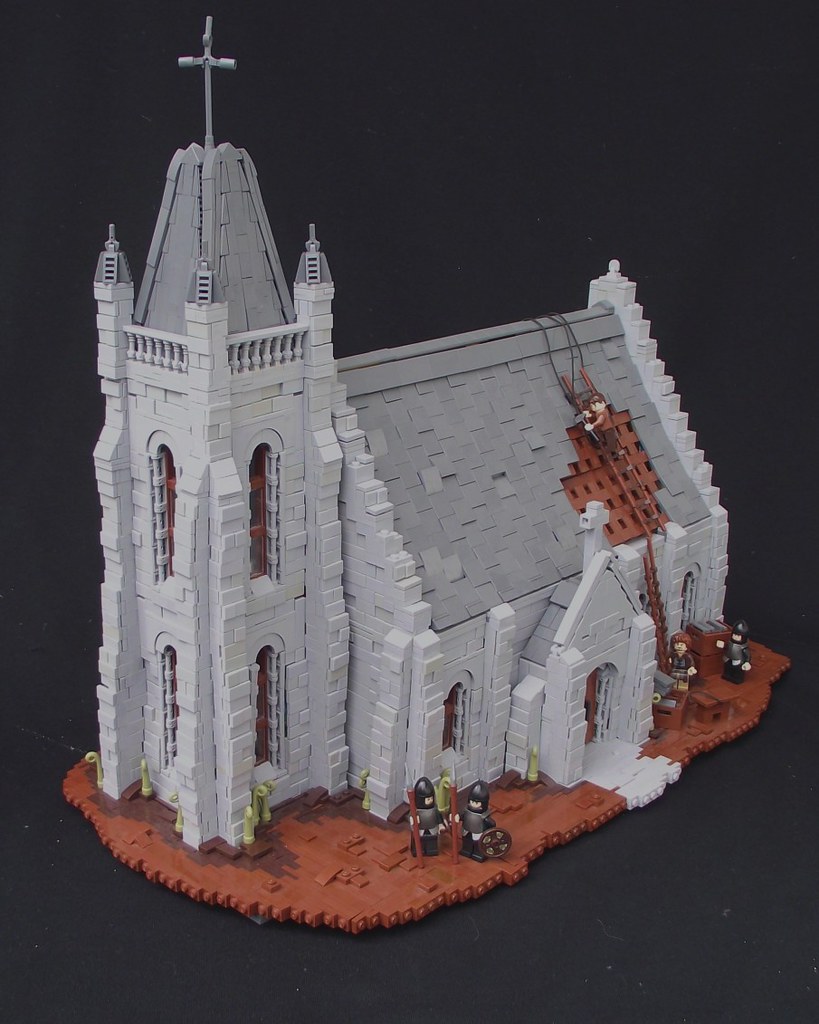 Pieter utilizes a pretty simple color palette in this build – two shades of grey for the structure itself and then browns for the ground and what would be wooden components of the building. Much of the ground the building rests on is constructed using the SNOT (studs not on top) technique. The church itself is composed mainly of the usual bricks, slopes, and tiles – this is perfect as these churches were pretty simple brick structures. Some medieval minifigures oversee the reconstruction efforts of the church in this scene, which is fitting as this particular style of church was constructed between 597 AD – 1066 AD. Dennison’s build makes me imagine what “Sunday Best” would look like back in the Middle Ages.

LEGO castles offer builders countless opportunities to use pieces in innovative ways, but executing that variety effectively often requires quite a large castle. Atahlus’ latest creation demonstrates how you can include a variety of different techniques in a relatively small model, while still giving off the air of a large and imposing castle. 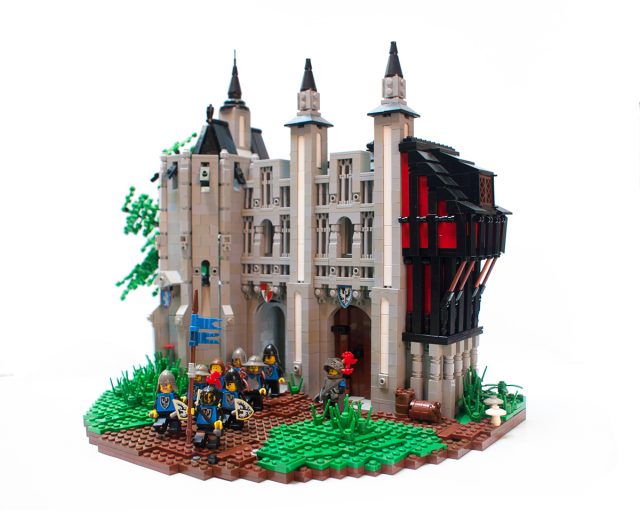 While a singular building, this gatehouse demonstrates three separate types of structures. On the right you have the red, half-timber style structure that would be just as much at home in a medieval village as it would be built onto the side of a castle. Opposite it on the left is a round tower with its tall, buttressed walls, implying a stronger, more fortified look. Contrast both sides to the delicate look of the center section, reminiscent of a gothic cathedral. Here in the center, the parts usage is particularly intriguing, with seamless integration of modified bricks, bars, and robot claws to achieve a fragile character. Grey microfigures are also used effectively here as sculpted window frames, as well as on the crenellations on the left section.