As we learned on the first US season of LEGO Masters earlier this year, LEGO creations are best when they tell a story that is easily understood. Keith Reed has been setting up a story through his series of apocalyptic modular buildings, and the plot has become very clear with his latest scene. Here you see a family trying to escape their own impending doom, their car broken down, taking refuge in the back of a Nuka Cola truck. 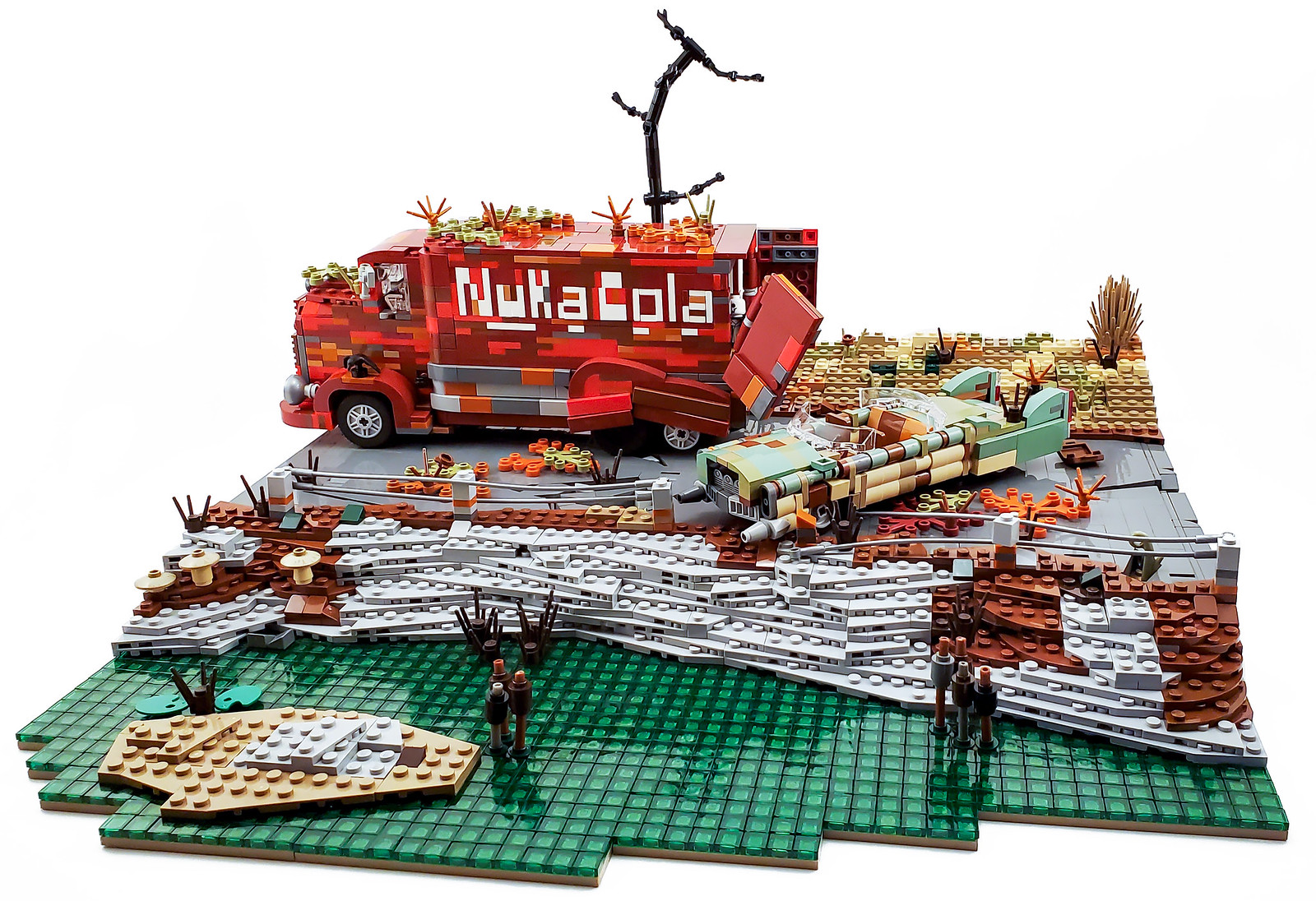 They figured they’d be safe there for the night, but unbeknownst to them, they’d almost made it to the shelter. Turns out they didn’t make it. Whatever they were running from caught up with them that night, and they died right there, baby in arms.

Earlier this year, back when we could still gather in groups, this model was on display at Bricks Cascade. Keith was standing proudly beside his creation engaging with the public. A twelve year old kid came up and described the scene to his dad. Keith was floored at how well the intended story came across — I thought he might cry. 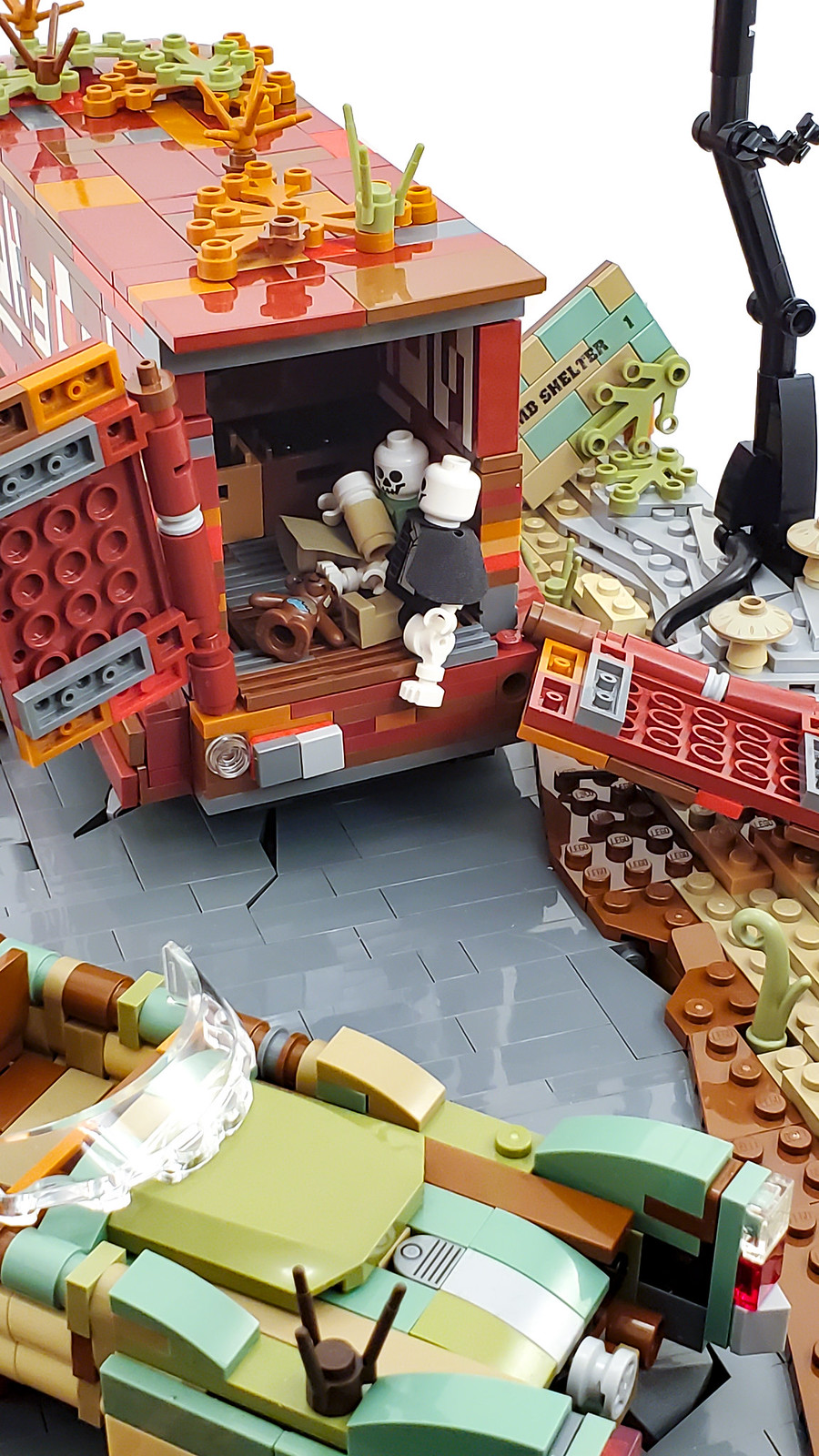 With the world seemingly ending at the moment, Keith Reed took the opportunity to recreate what the iconic Green Grocer will look like once the apocalypse actually does come. And that look is decaying, faded, rusty, decrepit, crumbling, and rot. That many words are needed to describe just how many different ways this building is falling apart. 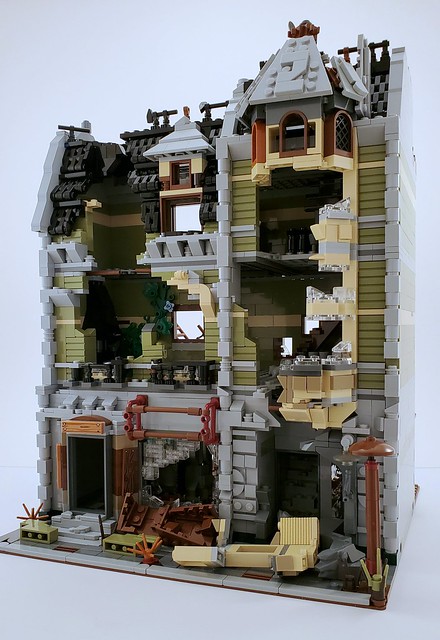 The signature sand green walls have faded to olive green. The siding of the building has eroded, the horizontal slats in behind are expertly represented by the underused side of masonry bricks. Huge chunks of the walls have fallen off and the windows are smashed. The fire escape and awning frame are rusted. The rooftops are pock-marked. Nature has started to reclaim the building, with plants sprouting through the sidewalk and vines climbing inside. But one man remains a stalwart holdout, down to his last square of toilet paper. 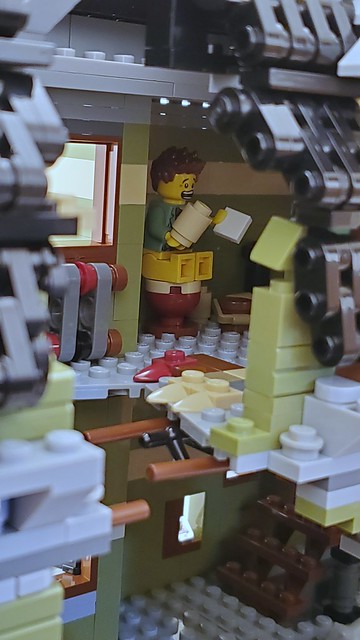