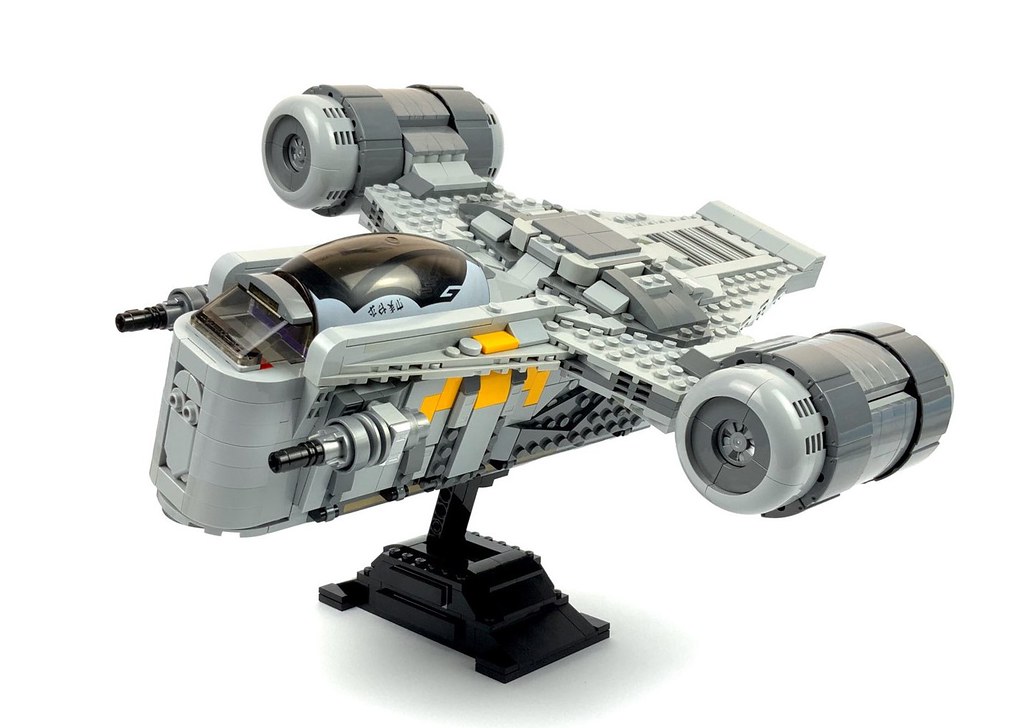 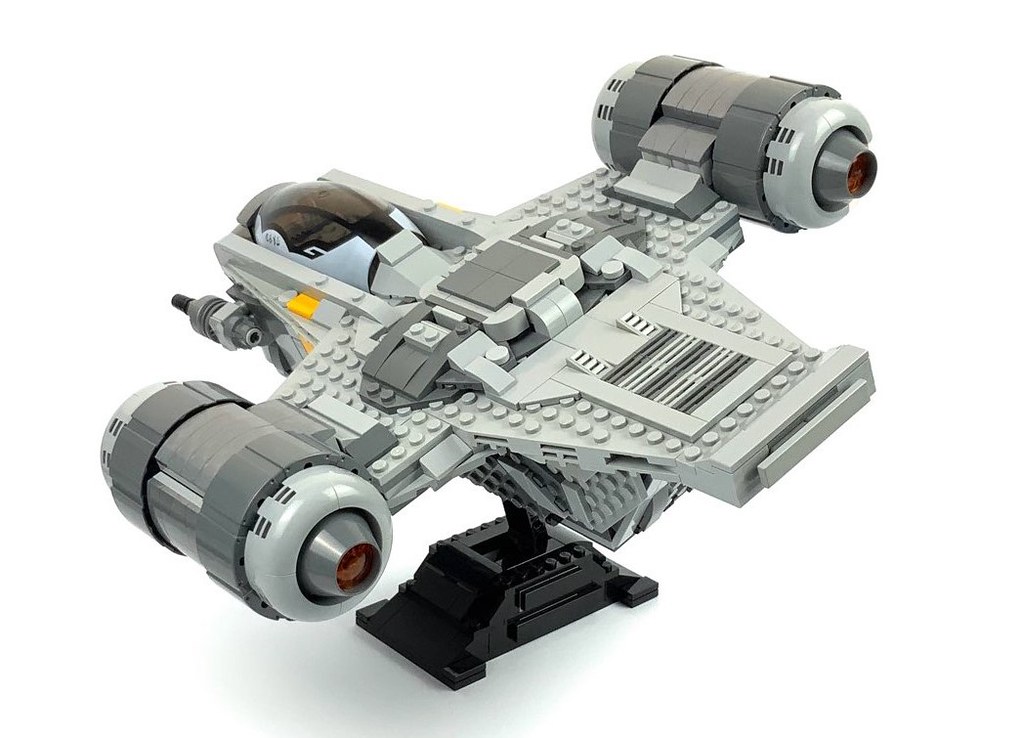 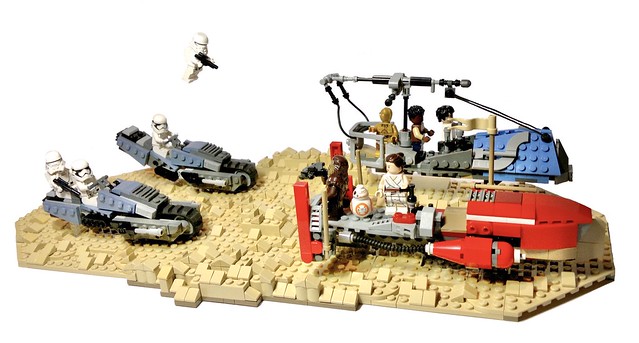 When I was little, one of my favorites nick-nacks was filled with water, a plastic carrot and a few tiny pieces of plastic “coal,” and was labeled “Florida Snowman.” (Look, trust me here. This was hilarious when I was six years old.) I’ve always had a fondness for snow globes. In unrelated trivia, I was also a big Spider-Man fan. I never dreamed, though, that both of those childhood loves would come crashing together. Builder Flambo14 changed all that with a fun LEGO build inspired by Spider-Man: Far From Home. In this creation, Mysterio’s trademark fishbowl-dome head is a LEGO Christmas ornament filled with 1×1 round plates for snow. You’ll aslo find a simple-but-effective microscale New York City skyline and, of course, Spider-Man himself. There’s even a sand-green minifigure telescope as an itty-bitty Statue of Liberty. 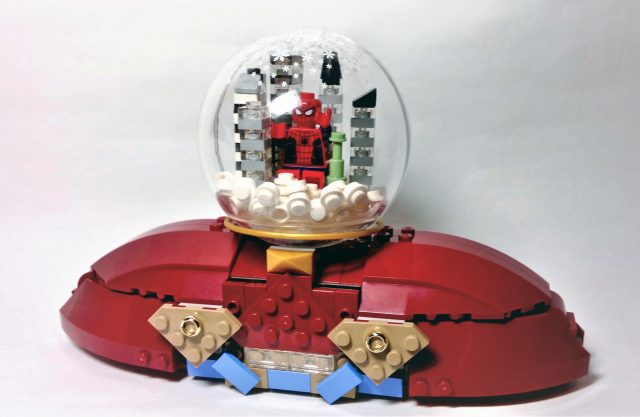 Mysterio’s torso has some fun details, too. I like the use of the minifigure ring to help create the eyeball-patterns present on the cape clasps. The smoothness of the wedges used to construct the cape makes the exposed-stud build of the chest feel much more textured, just like the movie’s costume design. There’s also just the right touch of other gold elements to give him a bit of showmanship.

I’d love to see a whole series of Mysterio snow globes. If anyone else takes a swing at one, let us know!