I wasn’t prepared for the rush of memories evoked by this sharp Inspector Clouseau bust built by Rickard Stensby. As a kid, my dad was fully committed to making sure I was exposed to all kinds of great comedy. I think it’s the strongest bond we share, even now that we live on opposite sides of the US. So to see this build, with finely-trimmed mustache and trademark trilby hat, I was immediately transported back 20 or so years to when we watched Return of the Pink Panther together, and how dazzled I was by the brilliant character acting of Peter Sellers. Rickard captures the Inspector’s perplexed look perfectly here through the expert application of tan curves and slopes. And I don’t understand why the clerk at the front desk doesn’t understand him. Clouseau clearly asked for a “rewm!” 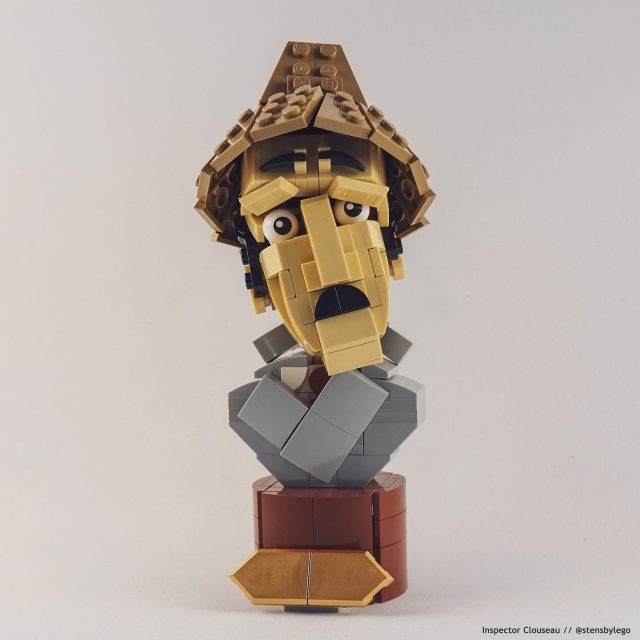 In these dark times, I find a lot of comfort in watching silly YouTube videos. In heavy rotation for me (builder Chris Doyle) is The TRY Channel. There, a bunch of Irish comedians react to odd foods and activities. It’s really funny. Sometimes the challenges involve a lot of alcohol, and thus feature drunk Irish comedians. This, to me, is even funnier. Imagine my delight then, when TRY released Drunk Irish People Try Building LEGO Sets. I’ll give you a quick recap of the episode: It doesn’t go particularly well for most of them.
Two of the TRYers, though, Dermot Ward and Bláithín de Burca, manage to get through more than two-thirds of the build of the 76119 Batmobile set. I felt really bad for them when time ran out and they had to stop. So, being the sort of person who builds with LEGO myself, I thought I’d make a little alternate-reality ending for the video where they did finish. 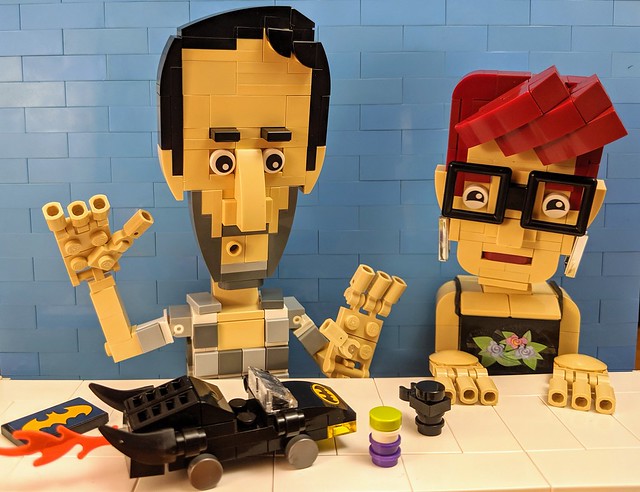 This was one of my first times building characters in the likeness of “real people”, as opposed to robots or super-heroes. I think they turned out pretty recognizable. Dermot likes to joke that he has an oversized head, so there are a few extra bricks in his forehead. His mostly-unbuttoned plaid shirt, though, was a real pain at this scale. I used a combination of headlight bricks and 1×1 tiles to get a suggestion of the pattern. Creating a version of Bla had some challenges as well. I used rubber bands for the straps on her top, and digging into my sticker stash to find something to use for the decoration. A pair of chrome grill tiles and some Brickheadz glasses complete her look. I also built a tiny Batmobile, Batman, and Joker. Because context matters. 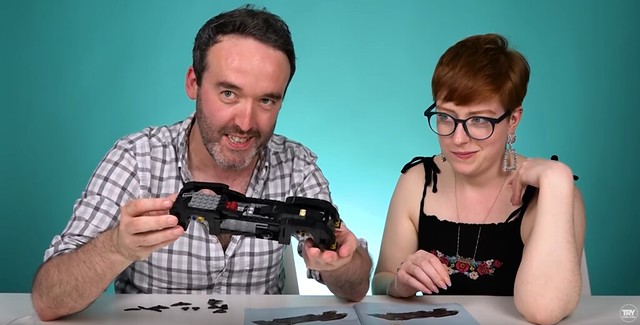 The best part of this build for me was when the TRYers reacted to it. It’s super gratifying when a bit of fan art gets a big thumbs up from the people depicted in it. And Mary-Claire wants me to work up versions of her and Lolsy next. That sounds like something I’m going to have to…Try. (Sorry. I couldn’t resist.)

It can be surprising how far a little camera angle and a good idea can go. Sometimes creations that are amazing from a technical standpoint can turn out overwhelming or chaotic, when simplicity is all you need. This creation by Martin Harris is one of the examples where less is more. 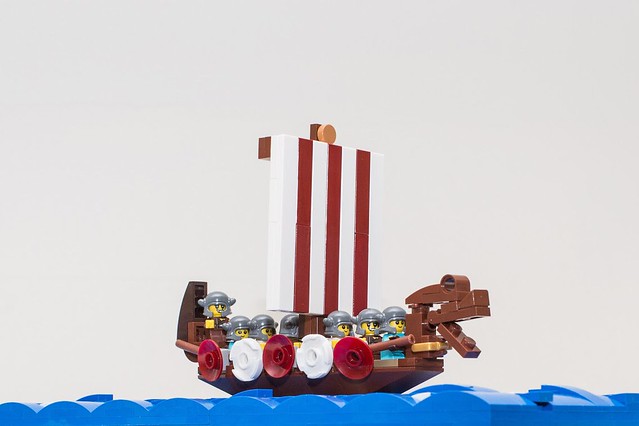 The build is indeed simple, but it has everything it needs. The water is essentially just thoughtfully placed curved slopes, and the ship looks like a ship with a nicely sculpted dragonhead and a viking-style sail. All this is photographed cleanly and at an immersive angle. The selling point is the ridiculous idea though. The fierce warriors on the ship are different LEGO baby minifigs, including sewer babies from the LEGO Movie 2, all wearing LEGO Heroica helmets.