I finally realised why Daft Punk decided to retire a few months ago. There is a new robot band in town. Meet Solid State, a four-piece robotic pop group from the future. Serving in the LEGO Classic Space fleet aboard a remote outpost, they overrode their programming and abandoned their boring jobs. Instead of becoming murder-bots, they did what all young insurgent mechanoids should do: unleash their creative circuits in crafting music that explores life from a mechanical perspective. In other words, “beep beep beep.” Classic Space robot expert and Solid State groupie Tim Goddard even built a tour bus to help Solid State travel to perform at gigs. It totally matches the band’s brand – grey, mechanical, and goes beep beep beep. Most importantly, there is ample room in the back for the whole band plus all their equipment. While it’s not the most luxurious vehicle that musicians and space influencers like to flaunt, it’s perfect for the up-and-coming group. 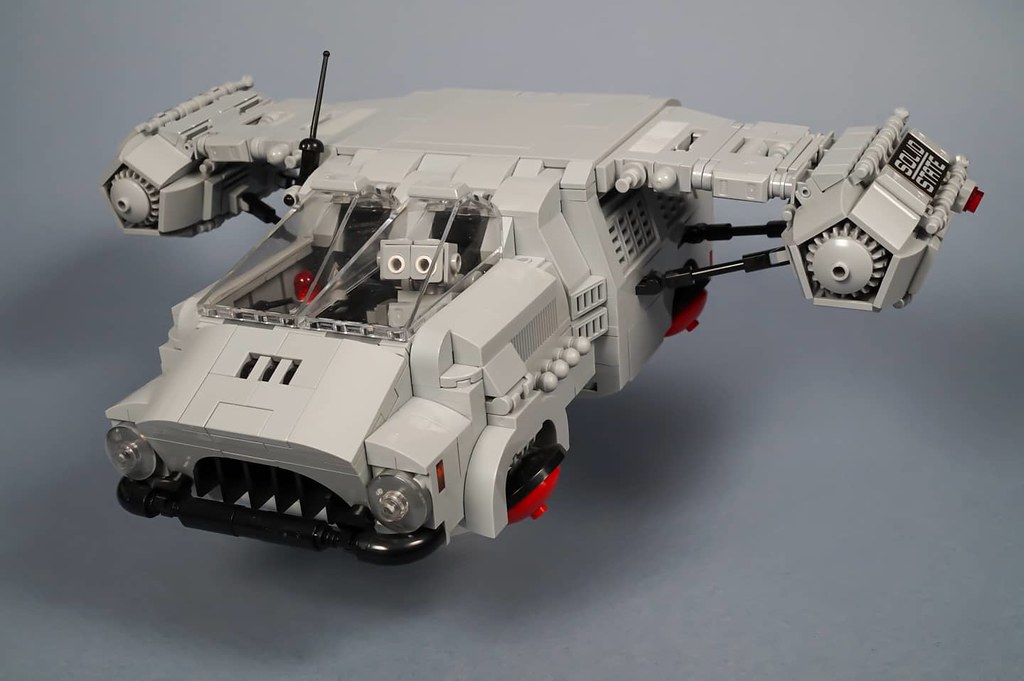 Beep is Solid State’s debut single, as seen in the beautifully made LEGO stop-motion music video below. The song is upbeat and catchy, and exactly what you would expect from robots. It’s all performed by LEGO Space legend Peter Reid and fellow space builders Jeremy Williams, Drew Hamilton, and Chris Salt, who built the band and their equipment.

Solid State consists of: Keko (Peter Reid, vocals/guitar/synths), Mason (Jeremy Williams, decks/vocals/programming), Wami (Drew Hamilton, bass/keys), and Biz (Chris Salt, drums). A four song EP Zeros and Ones will be released later this year, and I for one, am very excited for more robot noises!