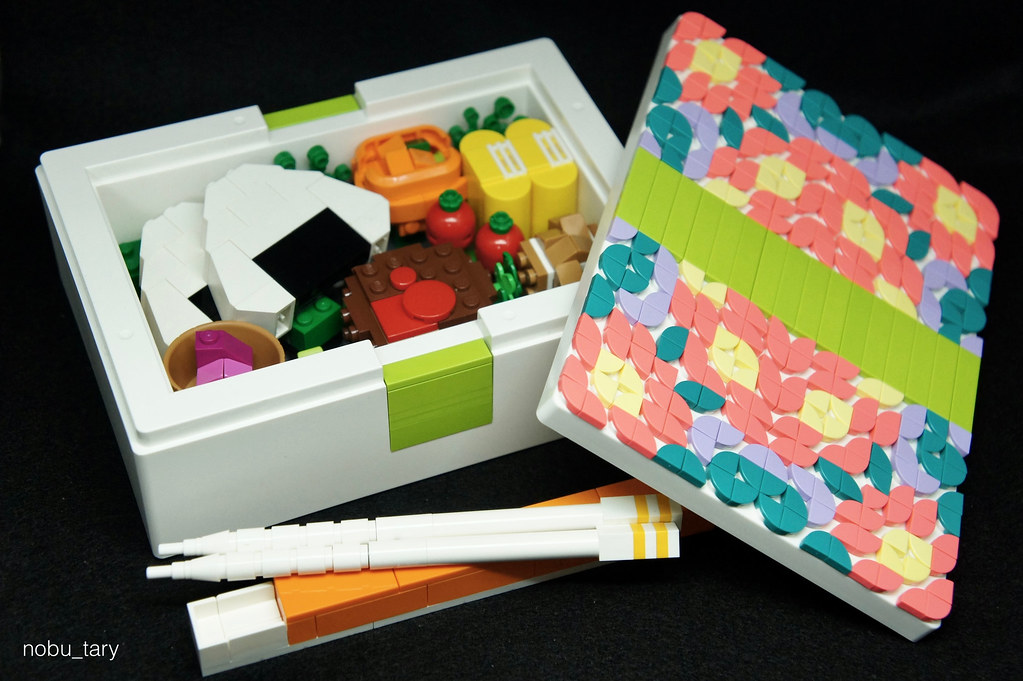 Over the years, LEGO has shipped its little plastic pieces in many unconventionally shaped packaging, as any Bionicle fan well knows. When the newly released LEGO Dots arrived in stores in a multi-compartment tray with a clear lid, it was bound to show up in a model sometime. And that time is now, as nobu_tary has built this delicious bento box filled with colorful and tasty looking morsels. 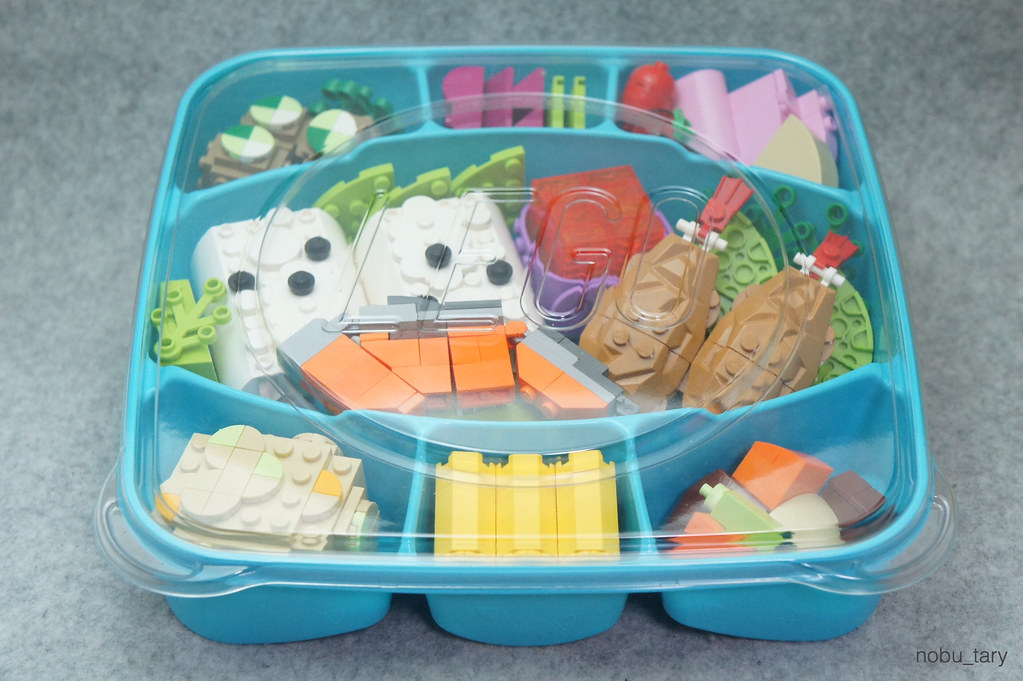 In Japanese cuisine, bento is a meal in box for take-out or eating at home. Leonid An has built a delicious looking LEGO bento, which includes sushi rolls, nigiri, vegetables, wasabi, and a hearty serving of white rice. Each dish is able to stand on its own, thanks in part to a diverse range of colors and building techniques. The pieces of nigiri use a mix of curved slopes and constraction figure elements to form slices of raw fish. Black tires and white tires are cleverly used to represent the seaweed and rice in the sushi rolls, and lime green Bionicle Krana Za masks are used to form the side of wasabi. Meanwhile, a pair of chopsticks at the base of the box signals it’s time to eat. Itadakimasu! 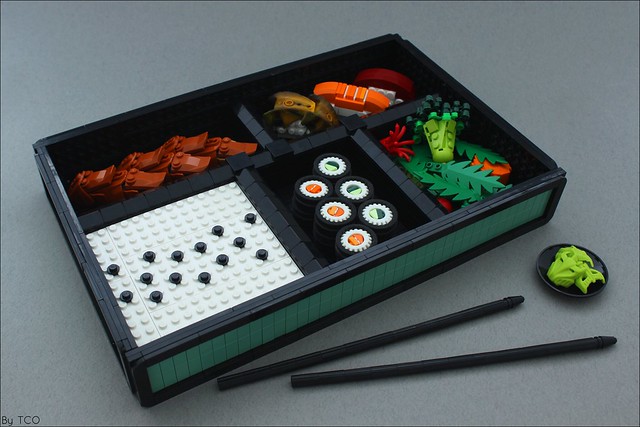