For those undecided whether or not you want to see any more cool LEGO creations today, don’t worry, I just made that decision for you. André Pinto does all the heavy lifting with this stunning Toyota forklift. I would have been impressed enough with the lift’s many controls and overall look but André goes above and beyond with a simple yet detailed environment including a safety sign and fire extinguisher. While the builder doesn’t state this model actually works, it looks as if it can be rigged with power functions. Upon closer inspection, I can see that the shifter knob is an eight ball. Nice touch, André! We’ve been smitten by his detailed work before. This is probably the best thing I’ve seen all day and I’ve seen a small dog startled by her own farts. 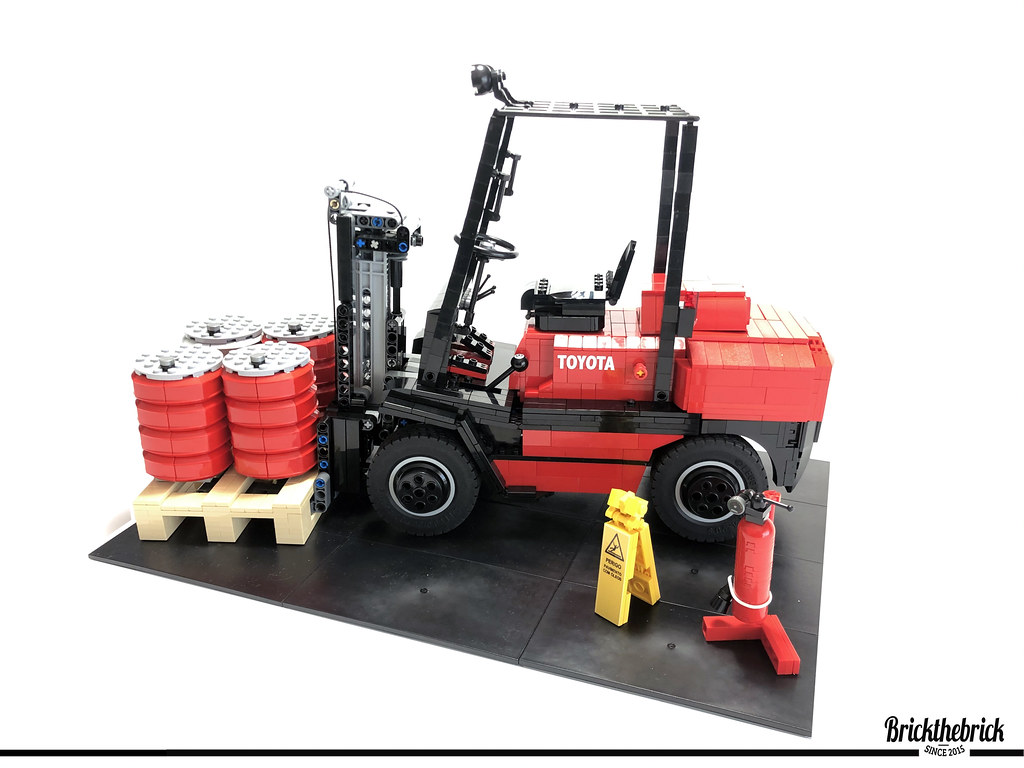 With the release of the excellent LEGO Creator Expert 10269 Harley-Davidson Fat Boy set, we appear to be experiencing a corresponding uptick in fantastic motorcycle creations. Here’s a belter of a bike from André Pinto — a brick-built version of a customised BMW R80 RT. The shaping and overall frame are spot-on, and the sticker-work is just perfect, adding little touches of detail without overwhelming the bricks. The splash of gold from the ribbed hoses adds a lovely burst of contrast against the black, as do the red forks, and the overall presentation of the model is enhanced by the wood-effect base. 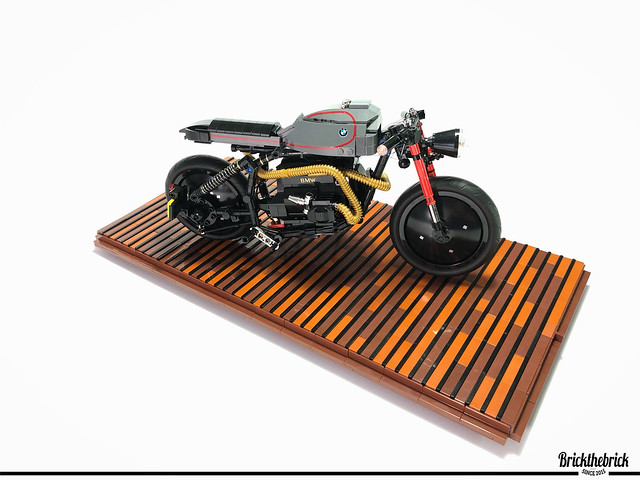 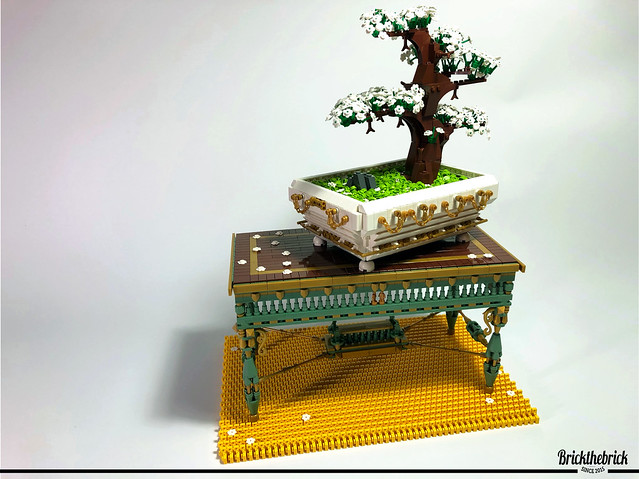