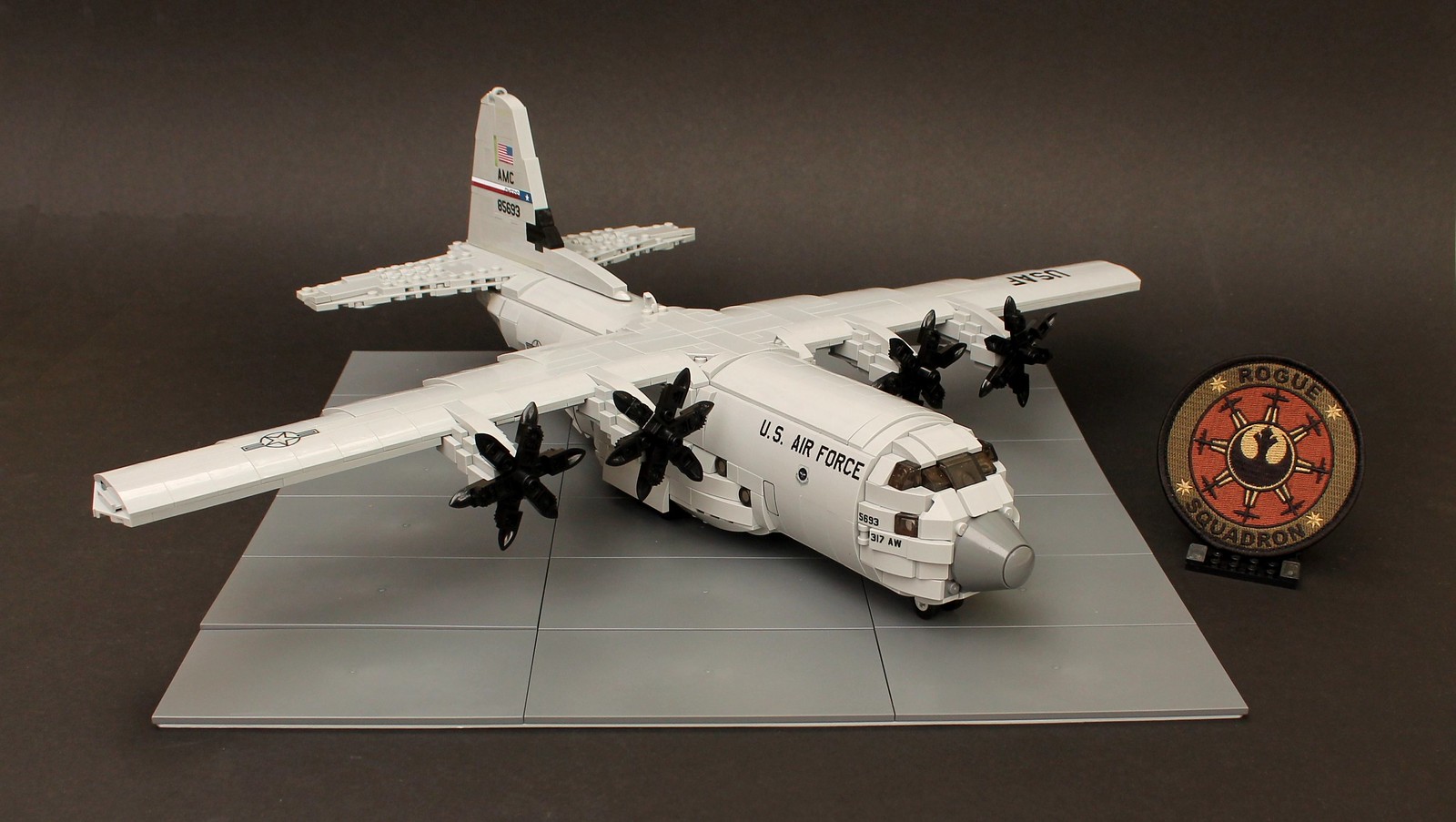 It’s always a pleasure when a really artistic LEGO build comes along. This sculpture of the Nigerian trickster Eshu by Buttloaf Builds is a really elegant take on the subject matter. Let’s start off by talking about those wire-thin limbs. Those are made from LEGO flex tubing, joined up to larger animal tail elements. Small bits of larger gauge silver flex tube and Technic bushings form jewelry, creating a visual break for those thin lines. I suspect there’s some photographic trickery going on to make this sculpture stand upright…or maybe it’s just divine intervention. 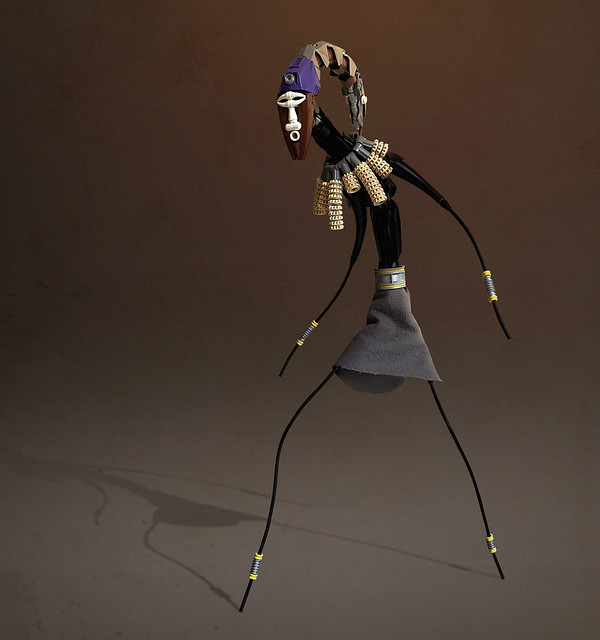 But as cool as those limbs are, Eshu’s face is even more impressive. A mix of Bionicle and System parts in sharply contrasting colors draw the viewer in. I’m particularly impressed with the creation of eyes from the negative space between sets of horn elements. And check out that necklace of Technic gears. There’s just enough curve in the construction there to create a very organic feel. 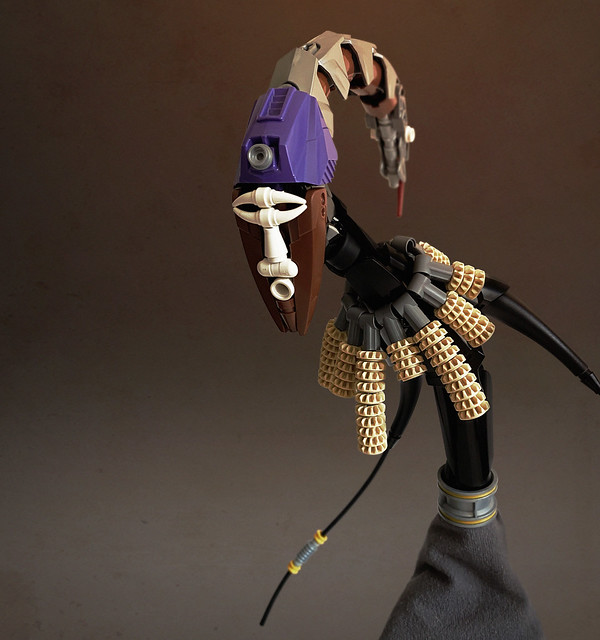 And the curves don’t stop there. Seen from the rear, you can really appreciate the work that went into shaping the headpiece. I’m not sure if it reminds me more of a ram’s horn or a xenomorph skull. 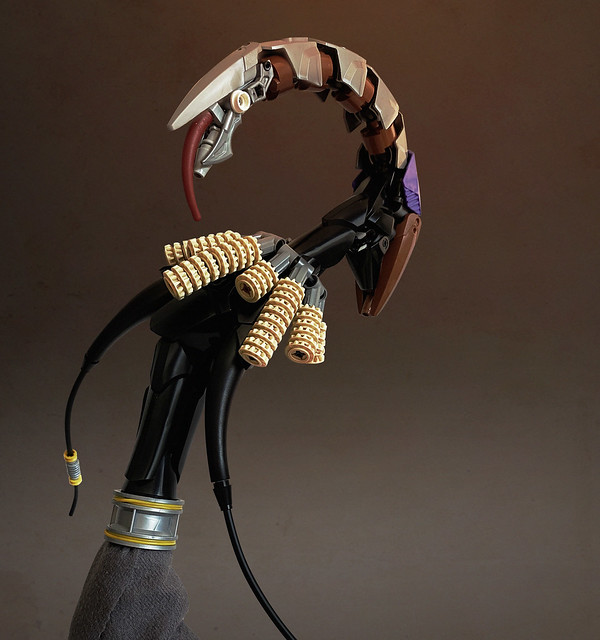 Questionable name or not, I think we’ll be seeing more creations from Buttloaf Builds in the future.

A UNESCO World Heritage Site full of wonderful architecture like the University of Sankore, the city of Timbuktu in the West African country of Mali has been a center of trade and learning for nearly a thousand years. Hardly an inaccessible or mythical place, the very real, not at all mythical or inaccessible city has thrived on modern tourism for decades. Sadly, the last several years have seen strife overtake the city, with jihadist rebels occupying the city for about 8 months in 2012 and 2013. Nathan takes us back to a happier time in the city, when it was the capital of the Malian Empire. Nathan adds to his collection of world architecture creations by depicting the royal palace in the Sudano-Sahelian architecture style as it might have existed during the reign of Musa the First (r. 1312–1337). 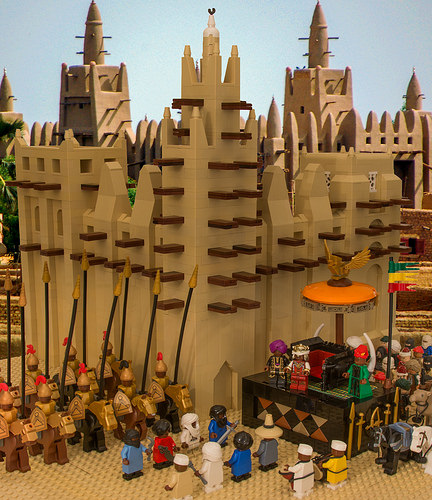 Nathan has accurately captured the iconic architectural style, built from adobe or mud-brick, with supporting wood beams or logs that jut from the walls. He’s also given us a view into a scene described by a medieval Arab historian, showing the ruler on his throne holding an audience with his people. The large, raised throne is wonderfully detailed, and every group of people — soldiers, supplicants, royalty, and even musicians — has a unique look. From the people to the architecture, Nathan’s research into the material shows in his LEGO build.