History lessons and LEGO make better partners than the passive fan may realize. Builder Hunter Erickson, for instance, connects to bygone eras with brick-built displays of notable moments in the past. Throughout his work, Hunter has used LEGO to cover some of the more interesting moments from recorded history. All the while, he has utilized some great techniques to achieve realistic scenery, machinery, and animals. Here we have a wonderful example of color blocking from the darker base to the light brush and muted colors of the grass. The scene’s realism even goes as far as to create a shadow over the soldiers due to the dense canopy of the spindly tree they all huddle under. The rhinoceros is actually a design from Builder Stefan that we covered way back in 2010. Hunter certainly resurrected the design for good reason. 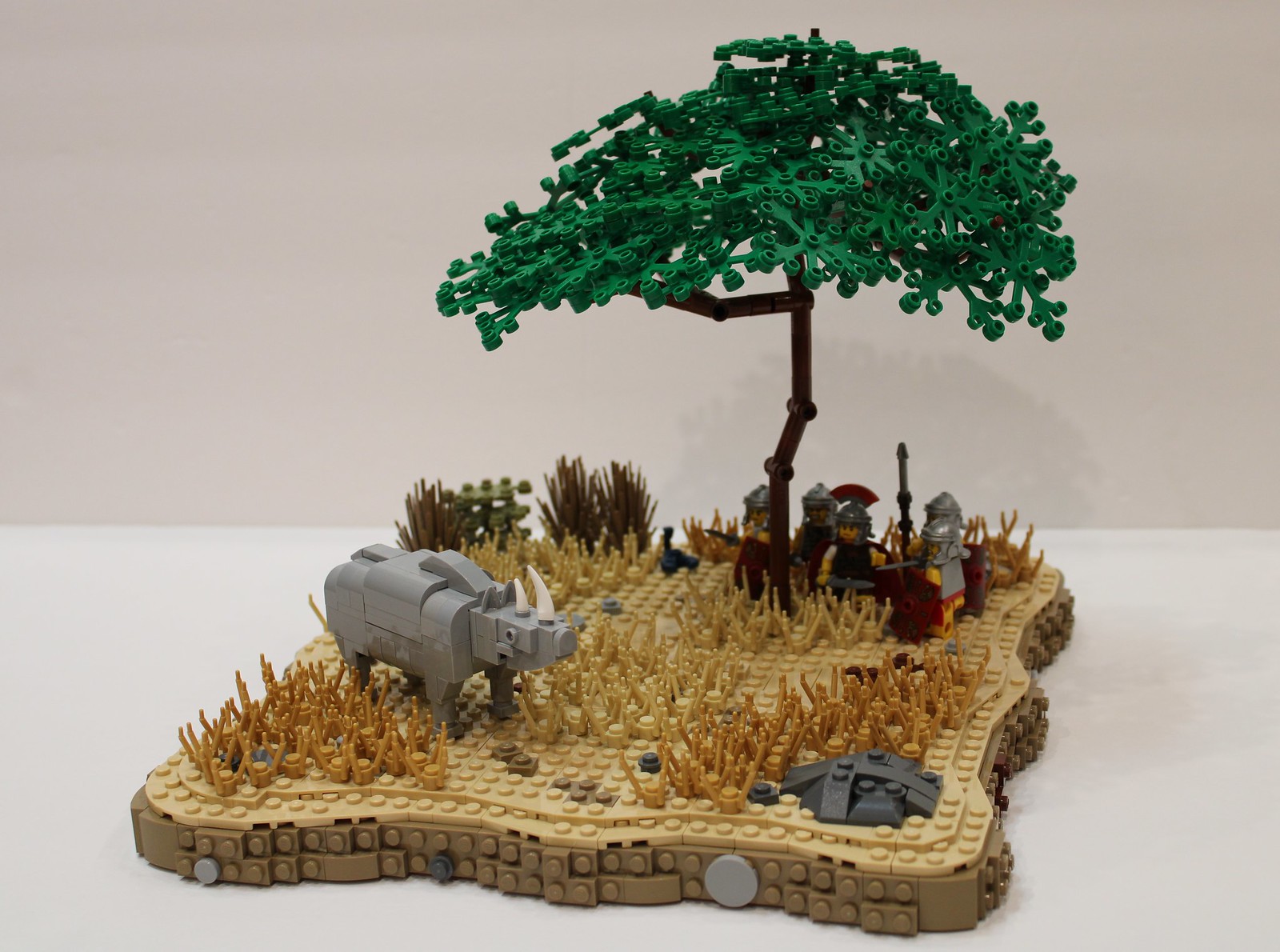 In this build, Hunter captures a potential moment from the Flaccus Expedition of 50 A.D. through the Sahara desert and most likely coming to an end around Lake Chad. The Legionnaires venturing into Africa with Septimius Flaccus had most likely only ever encountered or seen the creatures around them in gladiator battles. Being this close to something like this Rhinoceros had to be more terrifying then than it would be today. At least for some local-yokel Romans.