The Brothers Brick contributor Chris Doyle is back with more mosaic madness! This time, he’s reworked the LEGO Art 31203 World Map into a vibrant octopus. He also shares the instructions necessary to build this version of the World Map yourself. You know. If you want to. 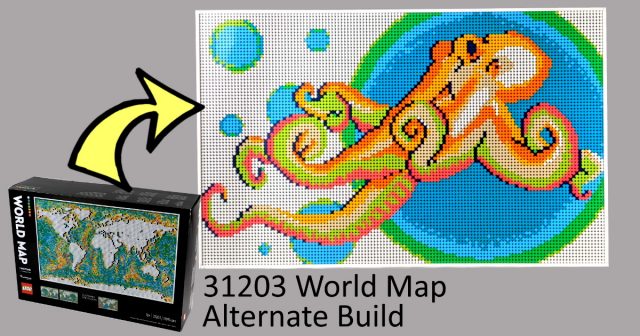 For me, the combo of octopuses and LEGO Art has a bit of history. Way back in 2009, I built a “stained glass” style octopus from transparent elements with a smattering of solid back “leading”.  It was a fun challenge, and one of my first big LEGO projects. (Also, I believe, the first time I was featured on The Brothers Brick.)

The source image came from a Google Image search for “octopus clip art.” (Sadly, I’ve never been able to identify the original artist.) These days the base image is even more common on the web, with plenty of examples of artists who have colored in the original black and white line drawing and then released their creations into the wild. 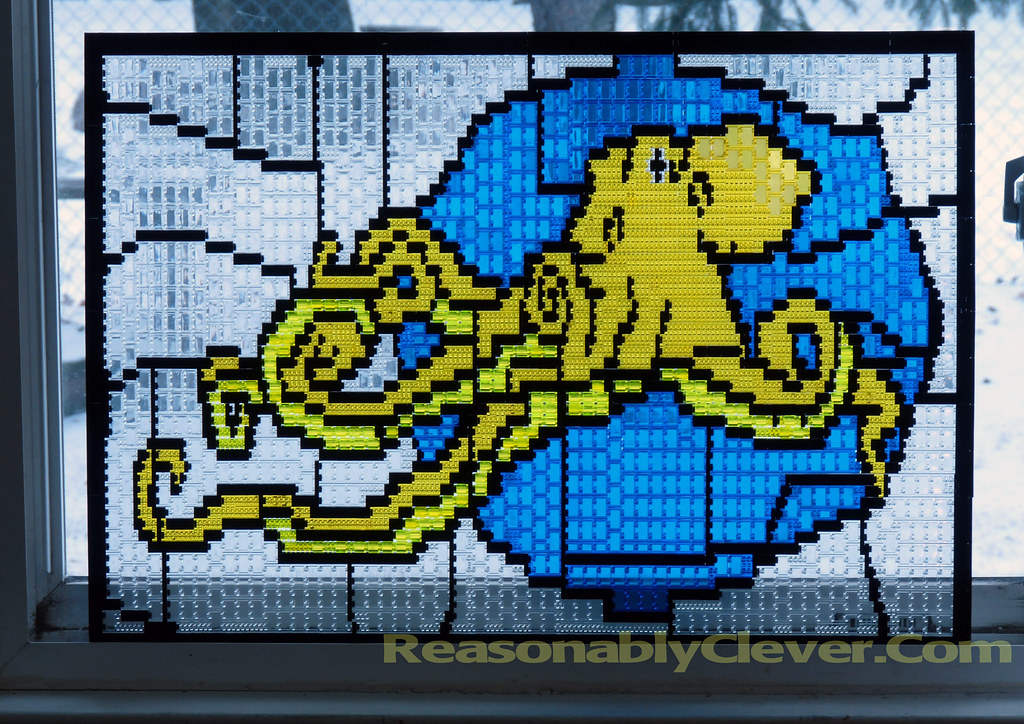 When I had the opportunity to review the World Map art set, I wasn’t 100% sold on the image. It was certainly an artistic take on cartography, but it didn’t speak to me personally. But the sheer volume of parts in that kit (the largest set LEGO had ever produced) made me curious as to what other options were hiding in the pieces. Eventually I decided that a revisit of the octopus theme would be pretty fun – and would likely result in a mosaic that my spouse wouldn’t mind if I kept up for display in the living room.  So I returned to the original line drawing, shrunk it down to a 1-pixel-1-stud ratio, and started playing with the available colors in the World Map set. My goal was to find a combo that would allow me to use ONLY the parts from the Art set. 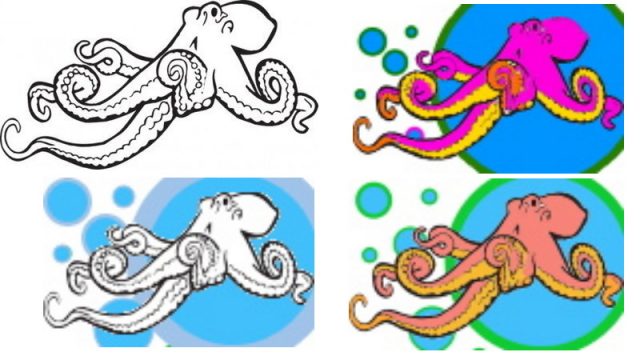 Once I had some sample images, I went to my usual mosaic toolbox and ran them through the LEGO Art Remix website. Because of my self-imposed part limitations, I wasn’t looking for a set of final instructions, but rather some guidelines that would let me rough in the background and shapes, then I would hand-build the octopus as best I could. (If you’ve seen some of my other mosaic work, you’ll recognize this strategy as pretty common for me.)

And, eventually, it all came together! As you can see, solid colors weren’t really an option for the octopus due to the sheer number of studs to cover. But I think the final gradient-based approach worked well. I also kept the “dark blue as an edge indicator” theme from the World Map to better define the tentacles. 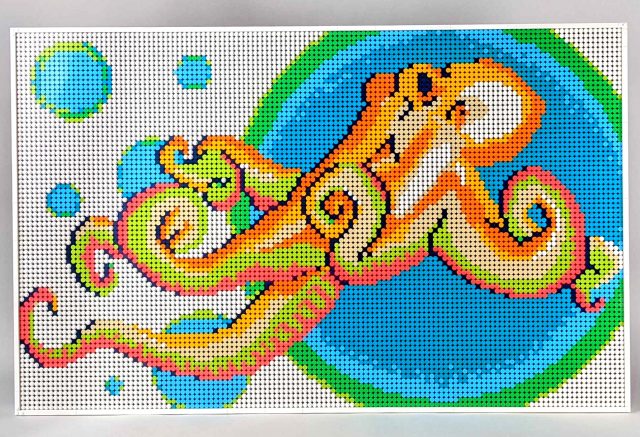 If you’re interested in building your own LEGO Art octopus, I scanned each of the 40 panels and put them together in a Google Document. They’re not nearly as glorious as the custom instructions that Nicolas Vás created for his Bionicle-themed alternate build, but I think they should be clear enough. 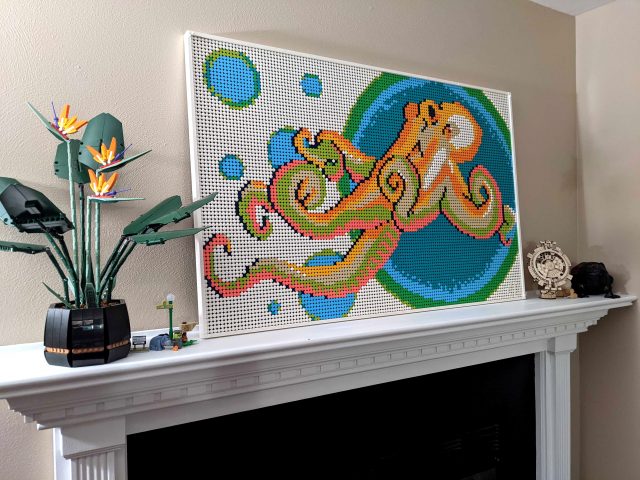 Finally, and something not reflected in the instructions, I decided to “sign” the work. My first attempt used the 1×1 cones from the World Map kit, but it didn’t “read” right and felt a little too attention-grabbing. To have a more subtle approach, I went with some 1×1 glow in the dark DOTs from Series 5. The extra layer of tile is nearly invisible, and in normal lighting you’re unlikely to spot it. But I know it’s there. (And now, I suppose, you do too.) 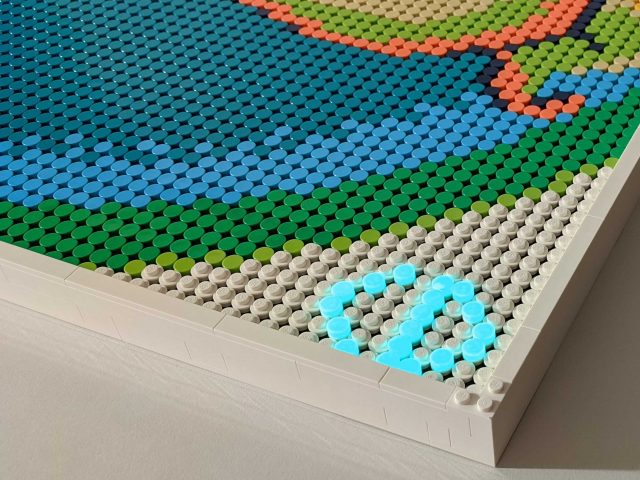 I hope you enjoyed this alternate build experience. If you intend to give it a try yourself, or if you’re working on your own alternate image, drop a comment below!