Brothers Brick contributor Chris Doyle is back with another heroic pop-culture mosaic in the LEGO art style. Completing his “Trinity” of retro DC superheroes is Batman as portrayed by Adam West. Because of course that’s the version he’d build.

The 1960’s Batman was a far cry from the grim and gritty versions on the screen these days. This was a Batman who was always looking for the best in people, who was always quick to lend a helping hand, and who’s level of violence was limited to “Biff!” and “Pow!” and the occasional “Splatt!” This is the Batman who I’d want to see in my dream Justice League, along with the Lynda Carter version Wonder Woman and Christopher Reeve’s Superman.

As usual, I relied heavily on the  LEGO Art Remix  site to get my basic image together. And, also as usual, I went though six or seven failed attempts before I found a build that worked for me in real life. The final image is 48×144 studs plus the frame – coming in just under 7000 pieces total.

The build is a mix of plate and tile. I’ve found I really like the subtle texture that the combination can add to the completed work.  I did, however, go with just dark brown tiles for the area where the mask casts a shadow on Adam’s face. The smoothness really helps to sell the illusion. I went with a “Pop art” background of red, yellow, and blue to represent the comic book influences of the 1960’s TV show. 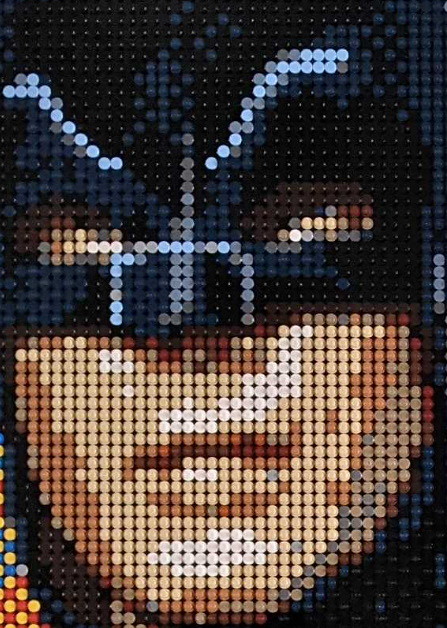 I had intended to use the shorter 48×112 aspect ratio I used on my Superman build, Unfortunately that cropped things at a point that just didn’t “read” right, so I had to expand to the full 1×3 aspect ratio. I think it was the right call, as it let me build the bat-logo. You know it’s Batman just from the mask, but there’s something about that iconic splash of yellow that seems like a necessary addition.

This does mean that Superman feels a little “short” when seen with his companion mosaics. Not to fear – I’ve ordered more parts to finish out the “S”. 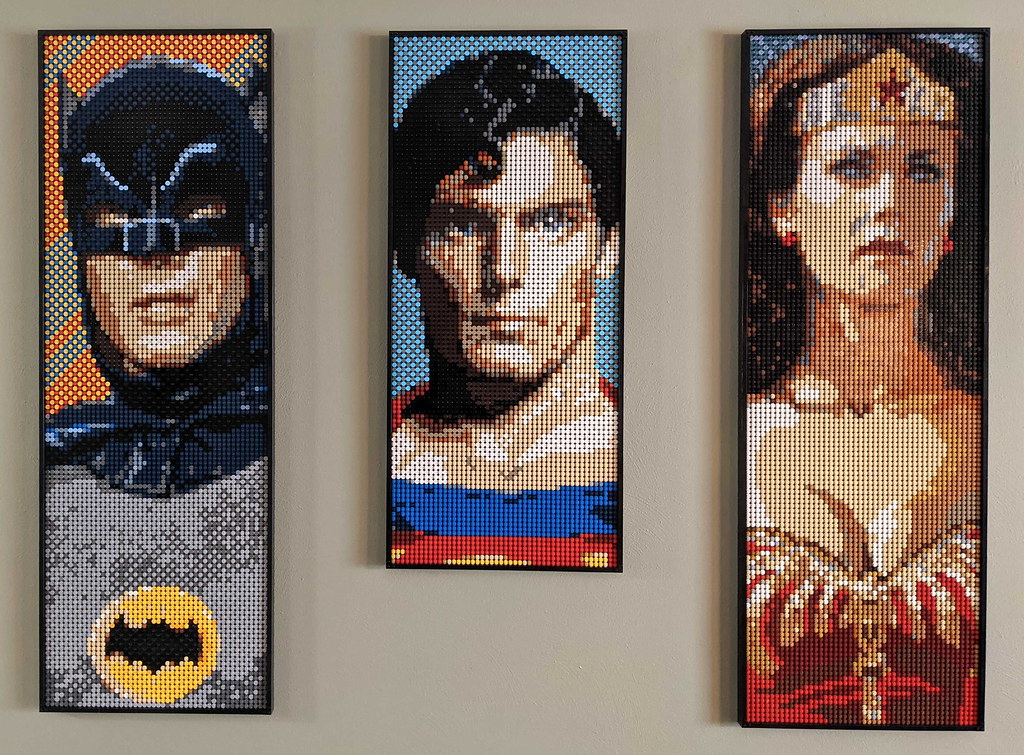 This will be my last mosaic for a little while – I need to rebuild my stock of 1×1 plate and tile. Not to mention the 16×16 backer bricks and frame elements. But if you’re inspired to do some mosaic building of your own, let me know! I love to see what other folks are making.

For the curious, once the parts came in I did indeed extend my Superman mosaic to have the same 1:3 aspect ratio at the other two. My retro JLA is complete! For now… 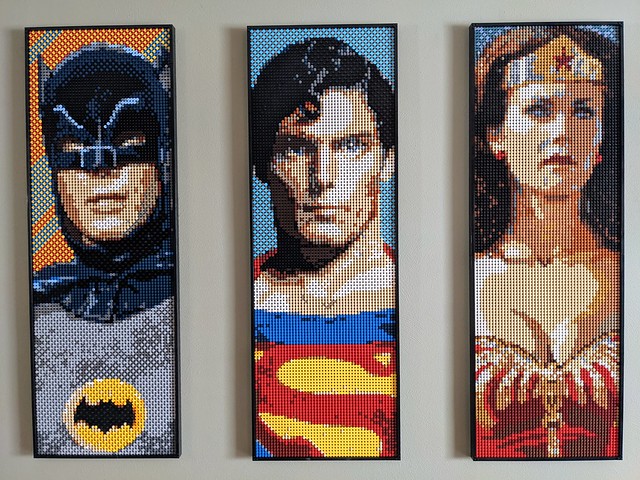