Brothers Brick contributor Chris Doyle is back with another heroic attempt at a mosaic in the LEGO Art style. What’s his reasoning this time?

Thanks to the LEGO Art sets, I’ve been on a real mosaic building kick lately. My last two (Wonder Woman and Kinga Forrester) were collaborative builds, but for my next effort I wanted to do one that was just by me.  For a subject I decided on Christopher Reeve’s unforgettable role as Superman. Why? Because this is the sort of superhero the world really needs these days. The total build is around 5,400 parts (5,376 1×1 plates/tiles in the 48×112 stud image).

Once again I made use of the LEGO Art Remix web site to generate several different sets of instructions. My first attempt was…well, let’s be charitable and just say “it didn’t quite work out as planned.” But once I settled on a better alternate image things went together pretty quickly. (It took the same time to build as it takes to watch Superman, Superman II, Superman II: The Donner Cut, and Superman III. I was worried it might stretch into Superman IV territory, but not quite.).

As usual, the fine details all required some real-world tweaking before I was satisfied with the look. I also faced the problem that my stockpile of 1×1 plate and tile is pretty much depleted at this point. If you zoom in on the image you can see that some of the larger patches of black and white are actually a grid of plate and tile – I didn’t have enough on hand to use just one type of element.

Superman joins his sibling mosaics on a growing “art wall” in our home. I plan to eventually add a Batman to complete the “DC Trinity” of heroes. Bonus points if you can guess which incarnation I’m already sourcing parts for. 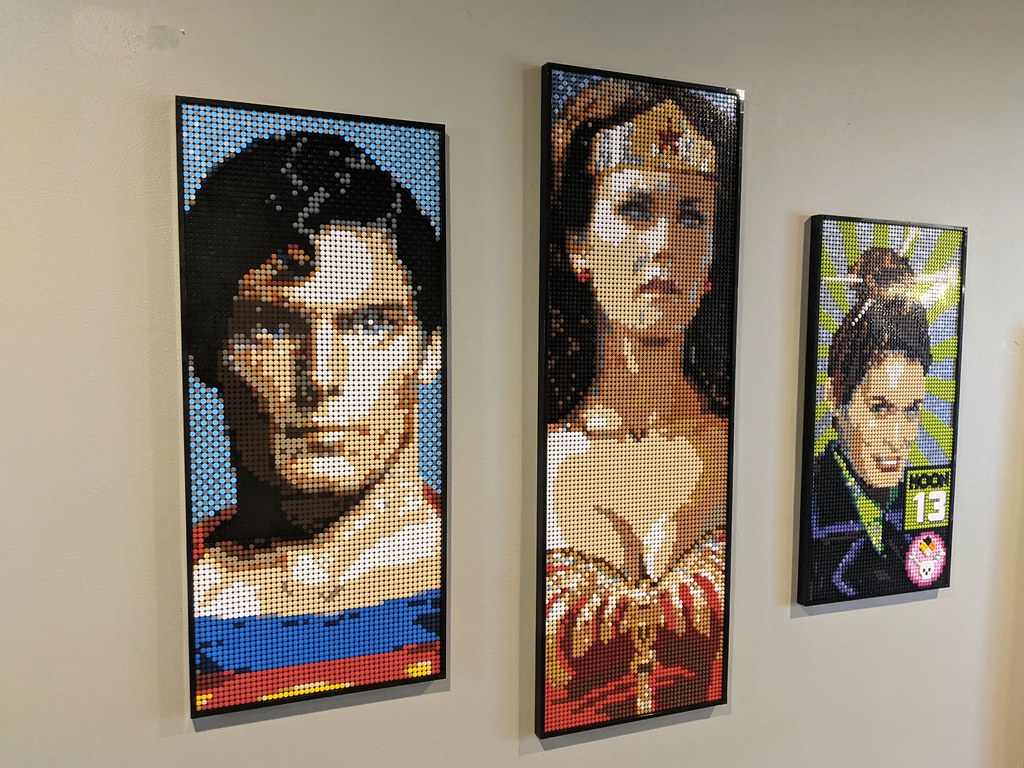 Have you been building your own mosaics? What sort of techniques are you using? Inquiring minds want to know!

2 comments on “This mosaic is just super, man.”