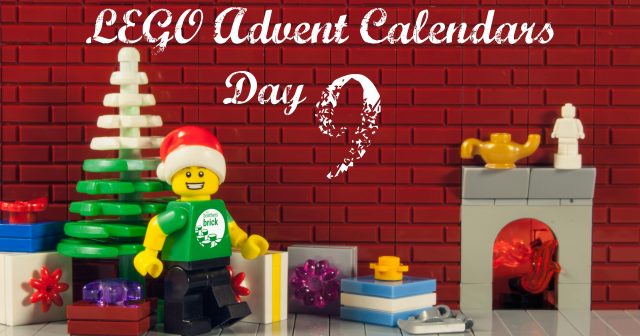 This year we have new Harry Potter, Star Wars, City and Friends advent calendars to open. We will be sharing images of the new calendars every day through Christmas, and hope that you’ll join us! Let’s see what there is to open on Day 9. 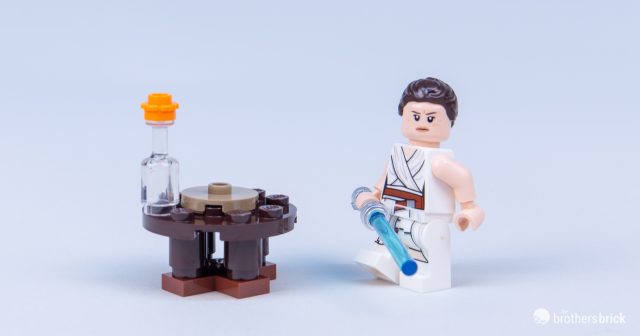 Bart: Rey was in dire need of a stiff drink (or two) after seeing Ben shirtless…

Benjamin: I don’t think it was seeing Ben Swolo so much as trying to keep track of the plot holes in the sequel trilogy that turned Rey into an alcoholic.

Lino: Like many growing up in the backwoods of Appalachia, Rey drank heavily and none of her shirts had sleeves.

CJ: Another day, another Potter setting that probably means more if I knew the context better. But it’s still a nice little table build. Getting another key Star Wars character is also a pretty good way to start off day 9.

Adam: There’s little to no context for the beer bottle and the table, CJ. I think this is just more detail for the Yule Ball dance scene that the Harry Potter advent calendar focuses on. Only some of the builds so far for that calendar relate directly to Harry Potter, with builds like this just adding to the scenery. Getting a Rey figure works, I guess. As much as I’d like to see more prequel minifigures in the advent calendar this year, most of the Star Wars minifigures tie-in to the LEGO Star Wars Holiday Special that came out last month. So it makes sense.

We unwrapped City advent calendar to discover even more gifts to unwrap! We also built something from Friends. We think it’s a remote control vehicle of some sort. 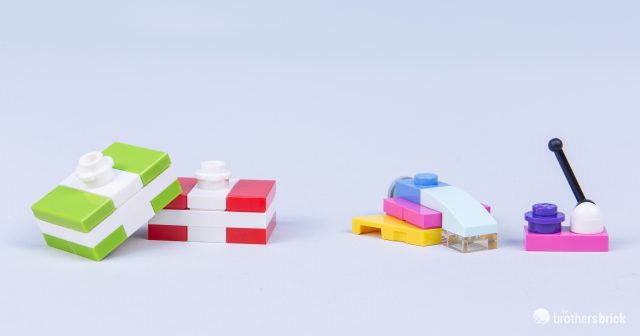 CJ: So I was giving out bonus points for holiday-themed days, right? Well, that’s certainly returned to bite me in the butt. The City gifts are uninspired, a design we’ve seen year after year. But, sure, one point for holiday theming as they can go under (or at least near) yesterday’s tree. The Friends remote control jet-thing is…colorful. Yeah, let’s just say “colorful” and move on.

Adam: The presents are great. They’ll fit right under the tree. As far as the friends build goes, I thank LEGO for sending me colorful spare parts for Christmas. I build too much in just gray anyway.

Benjamin: Is that an Avengers Quinjet in the seldom-seen rainbow livery?

Lino: It only makes it slightly less creepy when the drone designed to spy on your neighbors looks like an Easter parade float.

We had a lot more fun playing with the combined advent calendar sets. The Friends items made a lot more sense once we added the Emma figure from earlier in the month. 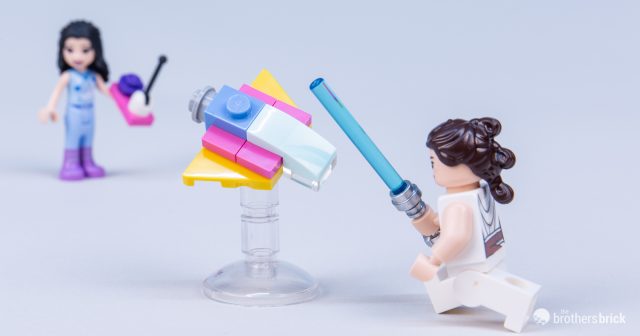 We definitely can’t knock any of these advent calendars for their use of color. Will tomorrow’s creations be more magical? Or will they melt like Frosty in July? Join us to find out as we open Day 10 of the 2020 LEGO advent calendars!