Febrovery – the annual event where people build space rovers from LEGO. I (Mansur “Waffles” Soeleman) couldn’t say no to building a wheeled space vehicle this month. However, I decided to take a different approach: make it move, make it work, and make it Technical. The result is the Horizon Chariot – a massive, greebly shuttle transporter in a LEGO Classic Space livery. On the outside, it looks like a jumble of layers and pipes, but it’s merely a shell for a complex Technic frame with a working four-wheel drive with a double V8 piston engine, working steering, and soft pendular suspension. My favourite feature turned out to be a working tipping flatbed which launches the small LL-64 Arcade Hopper. 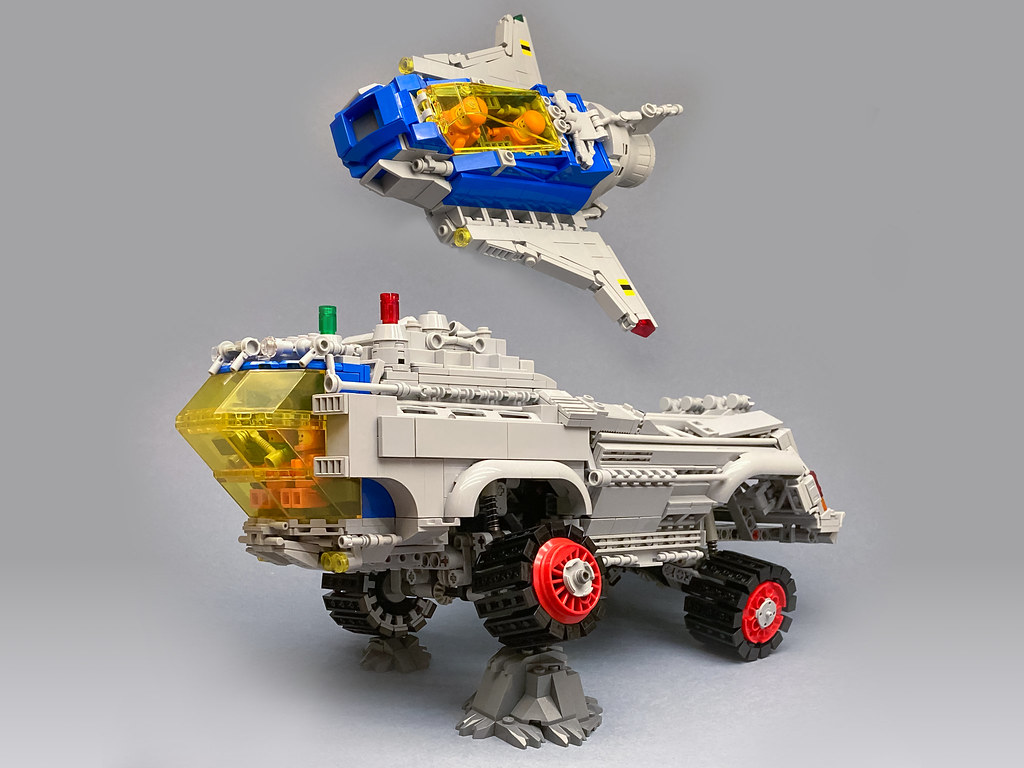 The spaceship belonging to the Horizon Chariot was more of a distraction than an afterthought. I wanted to incorporate a NinjaGo arcade pod into the build as the blue airtight section of Classic Space vehicles. I found it was too small for a big vehicle so why not make a smaller vehicle as part of it? That’s how the aptly named LL-64 Arcade Hopper was born. I just couldn’t stop myself from building a spaceship! With swing-down wings and a smooth underside, it’s really a step away from my usually greebly builds, but it turned out to be a beautiful two-seater shuttle.

Check out the Flickr album to see more photos of the rover and the spaceship!