As we saw in our list of top 10 LEGO set reviews of 2020, big sets and brand new product launches generated a lot of excitement among LEGO builders and collectors in 2020. The same is certainly true about the first looks that we got of many of those same sets that we reviewed hands on closer to each product’s launch. Licensed themes like Star Wars and Harry Potter continued to dominate the LEGO news cycle, but our list also includes several completely original products. 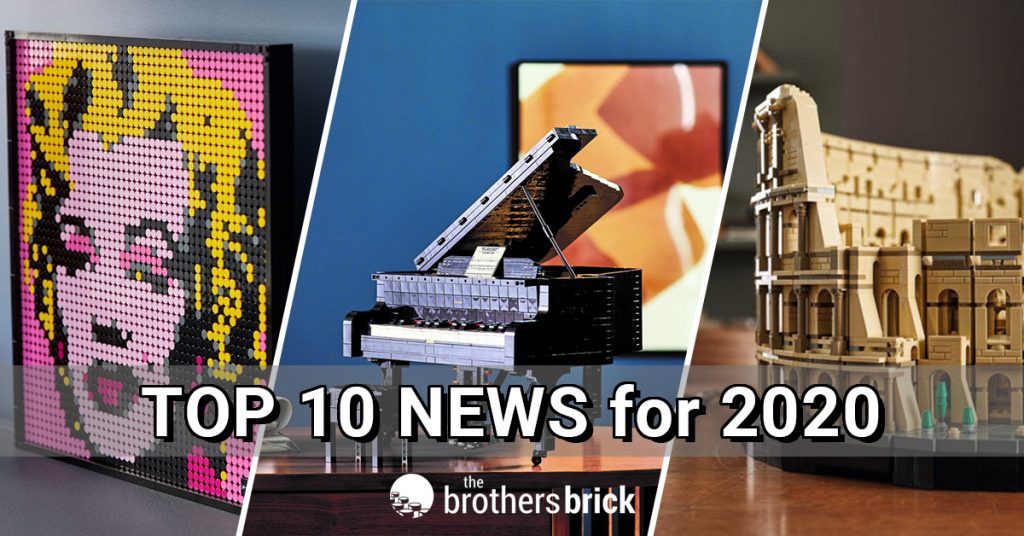 We kick off our top 10 list with the largest LEGO set ever released, first announced just a few weeks ago in November. At over 9,000 pieces for $550, it has 1500 more pieces than the previous record holder, the UCS Millennium Falcon. It’s truly huge, and we struggled in our review of 10276 Colosseum to understand where the average LEGO fan would put such a massive LEGO structure in their home. 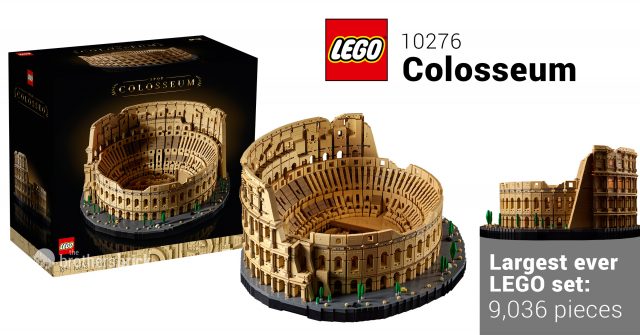 #9. LEGO 10273 Haunted House revealed as next set in the Creator Expert Fairground Collection

Although branded with the new black, adult-focused box art style, LEGO continued to add to its Fairground Collection in 2020, building on big hits like 10261 Roller Coaster. Less of a ride than an experience, the Haunted House brought us skeletons and ghosts aplenty in a style reminiscent of both Modular buildings and the Monster Fighters theme. 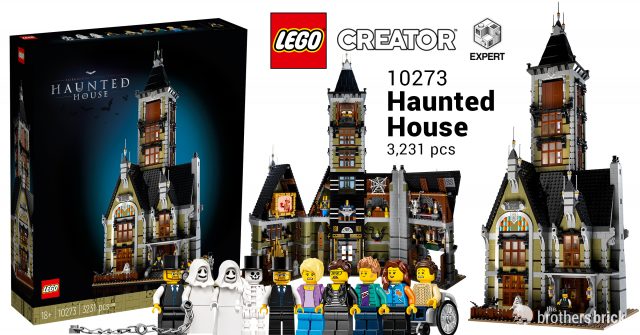 #8. LEGO Monkie Kid revealed with 8 sets and a TV show based on Chinese Monkey King legend

China is rapidly becoming one of the LEGO Group’s most important markets, and the company has begun leaning in on sets specifically targeted at China and the Asian market more broadly, starting with the Lunar New Year (“Chinese New Year”) sets first launched in 2019 (initially only in Asia). LEGO expanded on its range of sets inspired by Asian culture in 2020 with a full theme of “Monkie Kid” sets based on the Monkey King legend, with an animated TV series to accompany the sets. 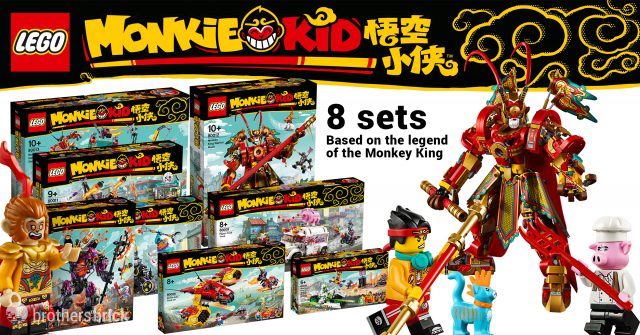 LEGO mosaics are an incredibly popular genre of LEGO artwork at LEGO conventions in particular, and talented builders like TBB’s own Chris Doyle has recently built amazing Superman and Wonder Woman LEGO mosaics. In 2020, LEGO introduced a full range of wall art, featuring famous names and faces from both movies and music, as well as the intersection of celebrity and art with Andy Warhol’s iconic portrait of Marilyn Monroe. 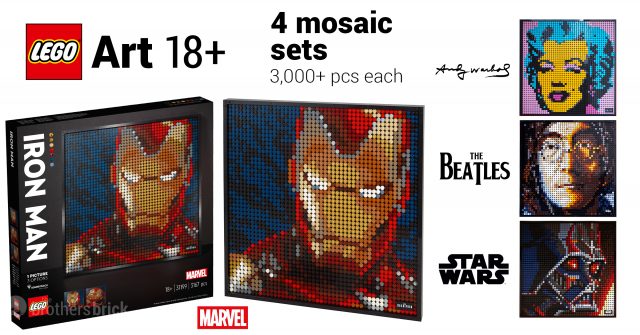 Future LEGO Ideas products are announced years in advance, but the final product always generates strong interest from our readers as well as our own staff. Your interest placed the LEGO Ideas Grand Piano set announcement in the sixth spot in our top 10 list, but once we got our hands on the set for our review of 21323 Grand Piano, we were ultimately disappointed by the poor app integration and decidedly un-LEGO appearance of the finished model. At $350, this big black brick didn’t make us sing along in delight. 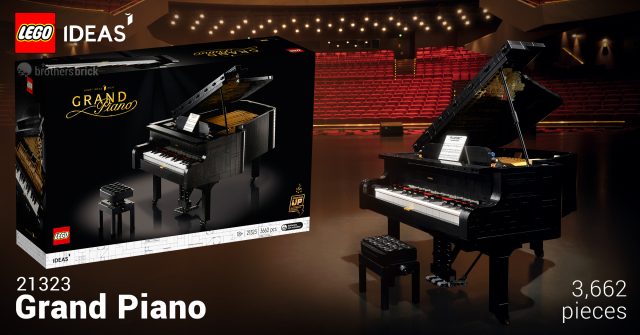 We attended Toy Fair New York in person in late-February, barely a week before the world shut down due to COVID-19. Cheek by jowl alongside thousands of other people (*shudder*) at the Javits Center in New York City, we got hands on (*shudder*) with all of the new LEGO sets, bringing you all the big reveals for LEGO products launching in the middle of the year. Among those, you were most excited about the 10-anniversary release of Collectible Minifigures. 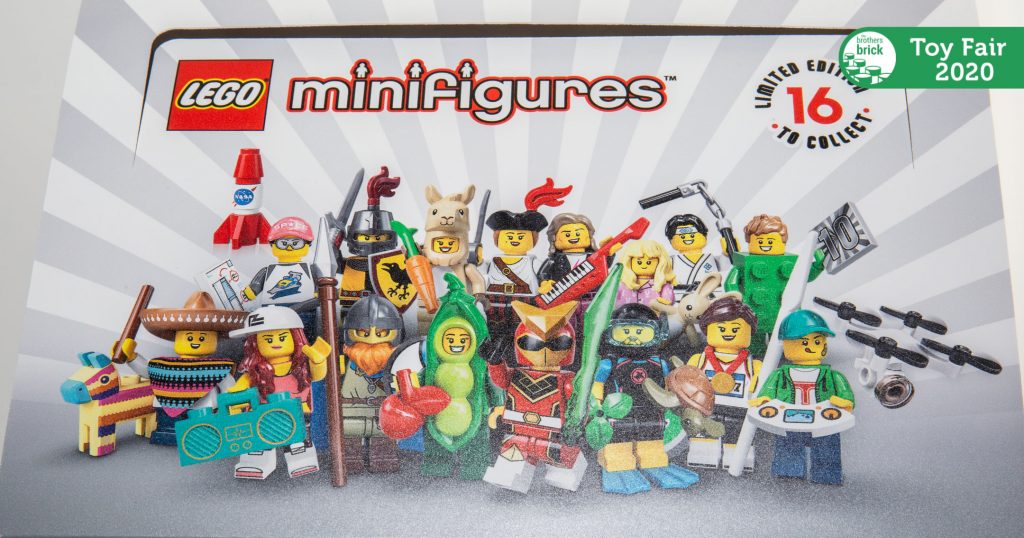 #4. A first look at 46 new LEGO sets upcoming in 2021 including CITY, Ninjago and Creator themes

Despite moving to quarterly and even monthly releases, every January still often brings the first look at new themes, new parts, and returning favorites. Evergreen themes like LEGO City and Ninjago continue to be juggernauts for LEGO, inspiring new generations of young builders. 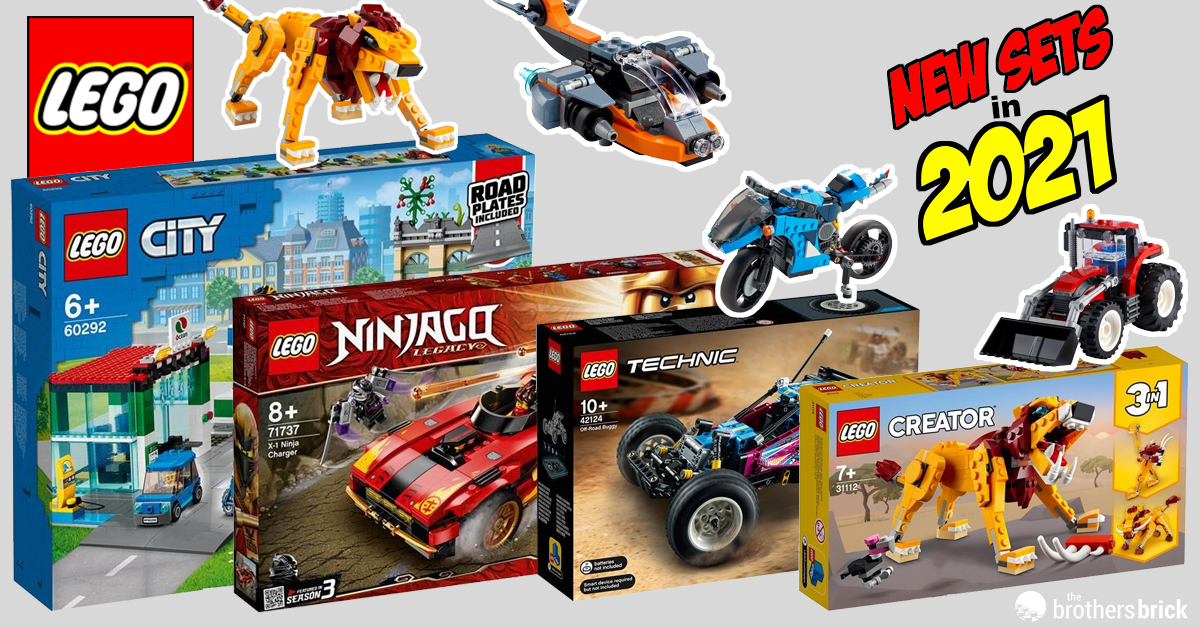 There may not have been any new Star Wars movie to hit theaters in 2020, but the release of The Rise of Skywalker in December 2019 and the final season of The Clone Wars animated TV series on Disney+ provided plenty of new material on top of more than four decades of previous movies for a broad range of new sets. The new Galaxy’s Edge area at Disneyland even got a new set, with the Resistance ship featured in the “Rise of the Resistance” ride.

Joining 75222 Betrayal at Cloud City from 2018 in the fairly new “Master Builder Series” intended to depict locations with large numbers of characters rather than the big vehicles of the Ultimate Collector Series, 75290 Mos Eisley Cantina clocks in at a whopping 3,187 pieces with 21 minifigures. We gave the set an overall recommendation in our review of 75290 Mos Eisley Cantina, although the out-buildings felt a little bit like filler to bulk up the part count, as lovely as they were. 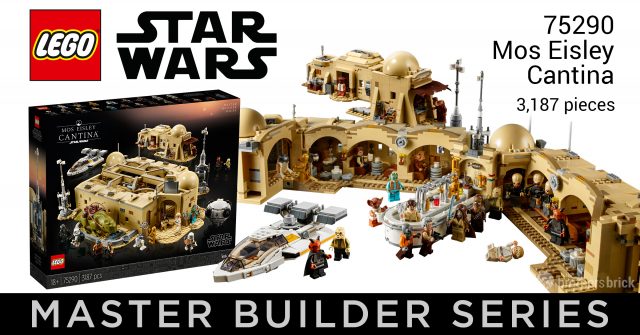 LEGO relaunched a full range of Harry Potter sets in 2018, and has continued adding new sets over the past two years, with sets like 71043 Hogwarts Castle and a full range of sets from the Wizarding World based on all ten movies. For 2020, LEGO added more expansions to Hogwarts, as well as locations beyond the school grounds, such as the Weasley’s home the Burrow and the Dursley’s house on Privet Drive. 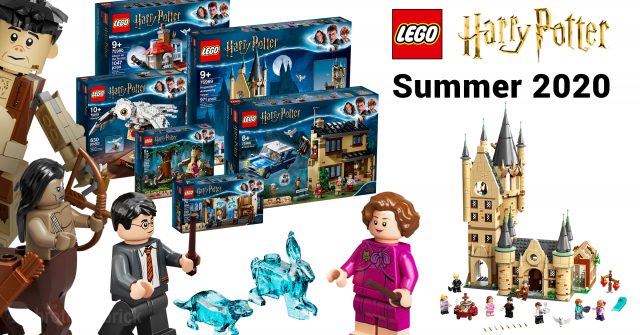 What did you think was the most exciting LEGO news of 2020? Let us know in the comments!