I think I’m not alone in assuming, as a child, that we’d have Mars colonization by the time I was grown. Well, we haven’t even sent manned missions out there yet. But when we get there we’ll inevitably need to shoot stuff. Bob DeQuatre shows us what that could look like with this impressive LEGO Mars Corporation Ares Long-Range Artillery Platform. As you may know, Ares is the Greek god of war and Bob tells us this is Mars Corporation’s deadliest vehicle. He could have called it by its Roman mythological name but that would have been…uh…redundant. 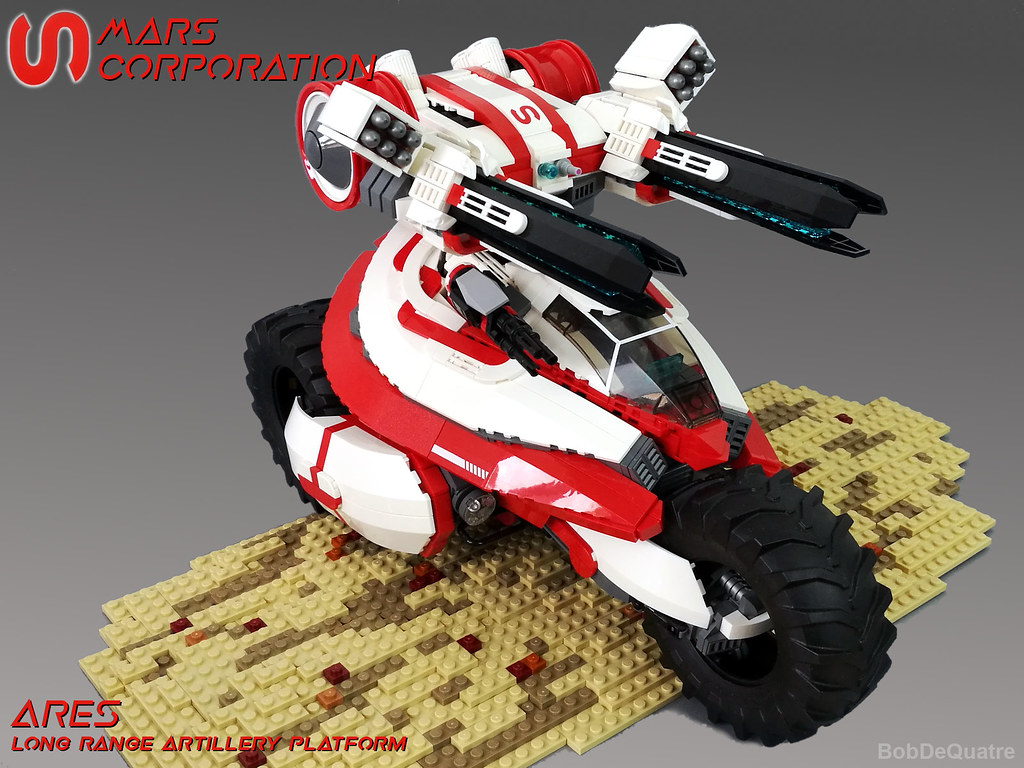 Proving he’s no slouch, Bob also built this Hermes Mobile Command Center in the same striking red and white color scheme. Designed for long-range missions, this vehicle can hold up to six passengers as well as the driver and gunner. This makes sense considering Hermes was the ancient Greek god of trade, wealth, luck, fertility, animal husbandry, sleep, language, thieves,…and travel. Phew, that’s a lot of jobs! We can only assume all those other things are going on onboard as well. 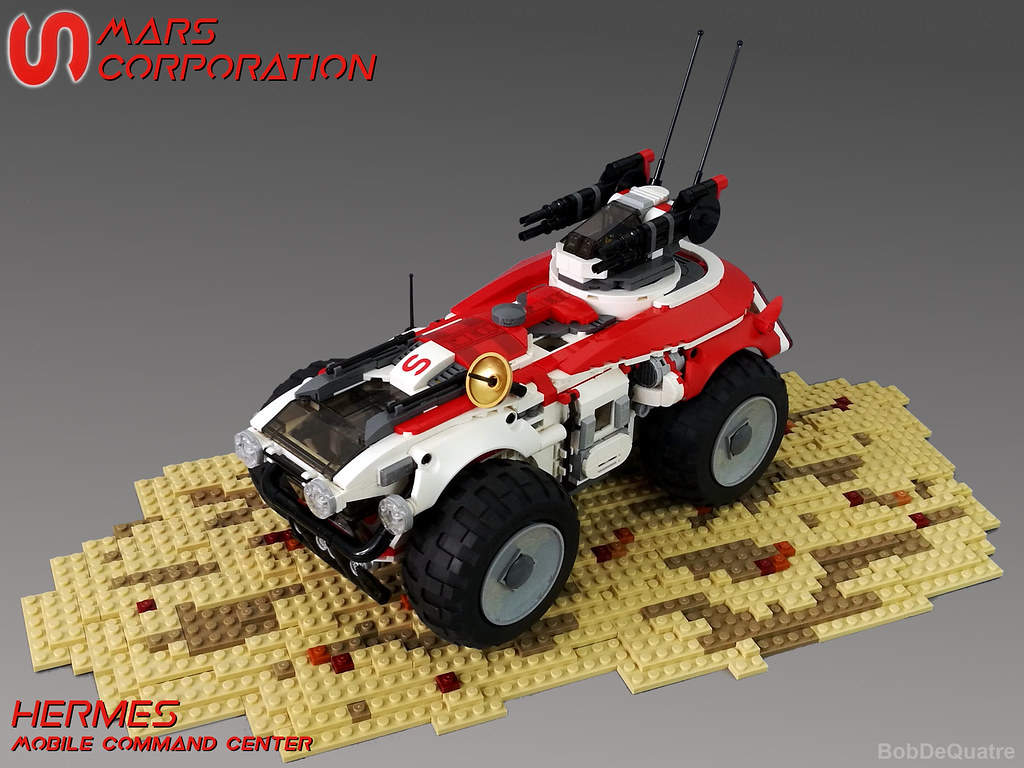 We’re kind of really into Bob’s stuff. Here’s the proof.