From the early days of the Empire comes Hugo‘s LEGO creation of what truly can be described as “dark times.” Here, two Imperial clone troopers patrol a run-down street while dangers lurk in the shadows. This whole creation looks dirty, and that’s probably just the way Hugo wanted it. From the different shades of grey, brown and tan, the colors flow together to show the grit of the Star Wars universe, as well as the same colors that are shoved into the crevices of the building. Each brick looks like it naturally exists there. I also really like the use of red capes as the awnings on the walls. That’s a technique we don’t see often enough. 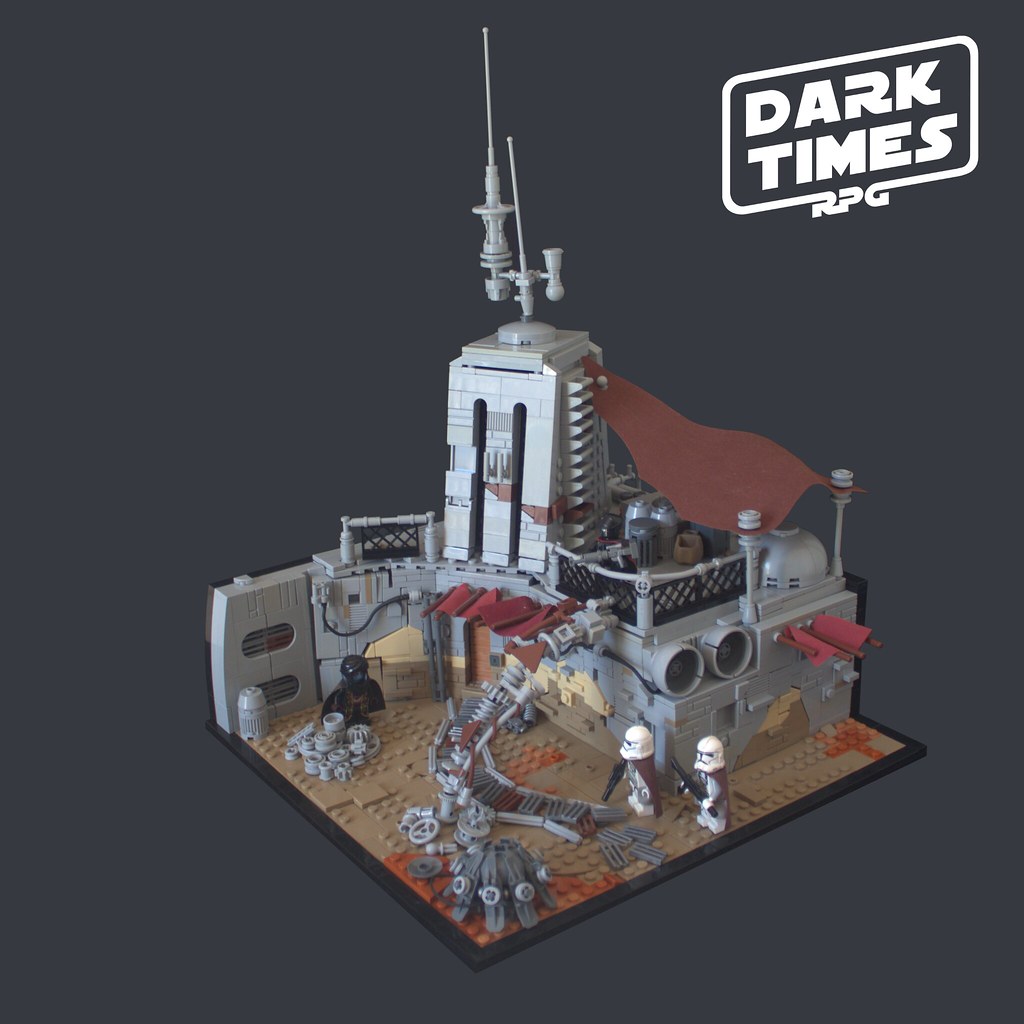 The best part about this build is that it fills me with questions: what will happen next? Will the dark Duro figure get the jump on the troopers? Or will the Imperial assassin on the upper level strike first?