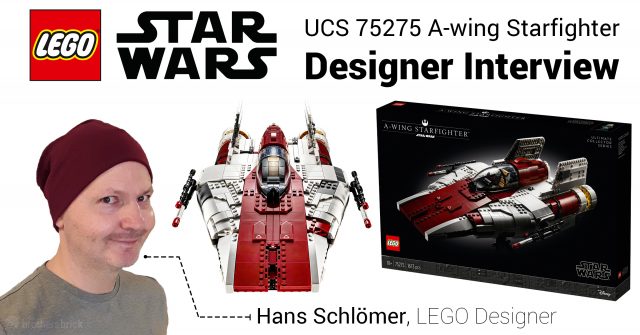 What are some previous sets you designed?

I started out as a LEGO product designer on LEGENDS OF CHIMA, then moved on to STAR WARS. By now I have quite a few sets under my belt. Most notable are maybe those from the UCS and Master Builder series, like UCS Slave One (75060), UCS Millennium Falcon (75192), and Betrayal at Cloud City (75222), but also Darth Vader’s Castle (75251).

As part of the LEGO Star Wars design team, you’re obviously very familiar with the films and the Star Wars universe, and I’m sure you know that fans have wanted the A-wing in UCS scale for decades. How do you approach the design of a model that’s so iconic?

Accurate reference material is our friend, and the Lucasfilm archive is full of it! Then there’s always the movies to go to. Screenshots taken from a movie are the ultimate reference, especially when there are questions on certain details. But as a set designer I always must get things right anyway – no matter how small or big the set and audience’s expectations may be. 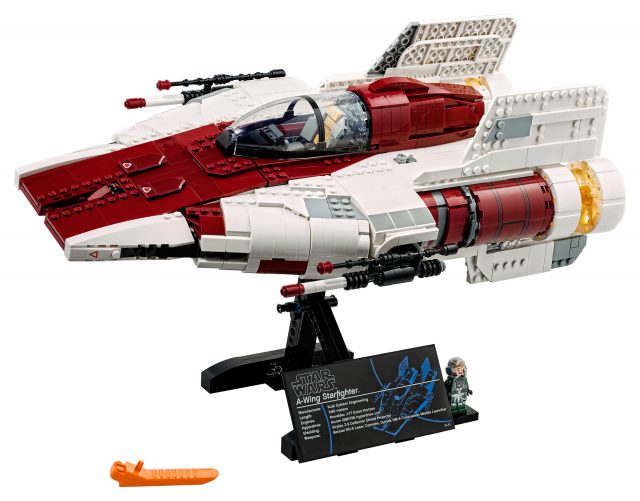 How long did you work on this design?

About 6 months have passed from placing the first brick to the handover of the model to my colleagues who take care of building instructions, packaging and many other things. It sounds like a very long time, but keep in mind it’s office hours, days and weeks. Building the first sketch version of the A-Wing was rather a matter of a few days.

What changes did the model undergo in the design process?

Once the right size for the model was determined, there were actually very few noticeable changes. I prefer to design digitally on my computer, allowing me to make changes very quickly before committing to building a new physical copy.

What were the main restrictions/guidelines for this set? Did you have constraints on the number of pieces, or size?

The deciding factor is always the set’s price point, upon which my building budget is based. This in turn sets the model’s size. The number of elements never matters, it is what it is.

Which element or feature set the scale for the build? Did you try larger or smaller scales?

The windscreen is the deciding factor here, in terms of size. The choice was to go for an 8 studs-wide windscreen, or a 6-wide one. Early on I even built a physical copy based off on the larger windscreen, but the model turned out to be way too big and expensive, while not featuring any more details than what we have on the final product.

This A-wing seems to be the A-wing from Return of the Jedi, but the A-wing ship appears in several Star Wars films. How did you decide on this one, and were the dark blue or dark green liveries ever considered?

It was never a question that this should be the original A-Wing as seen in Episode VI, Return of the Jedi. It is the most iconic version, and we believe this is what most fans would want.

What was the most challenging detail to get right?

There is a cutout in the A-Wing’s front that proved to be a much bigger challenge than expected. It is only 1 stud wide, but I still had to close up gaps between top and lower panel with pieces that had to be attached somewhere – with very little space to work with. So, in this case something that ISN’T there was the most difficult part to design.

The windscreen was the only new element necessary. While I like working with newly introduced elements and explore their possibilities, building with already existing pieces is part of the LEGO design experience. We have a number of elements showing up for the first time in dark red and black, though! 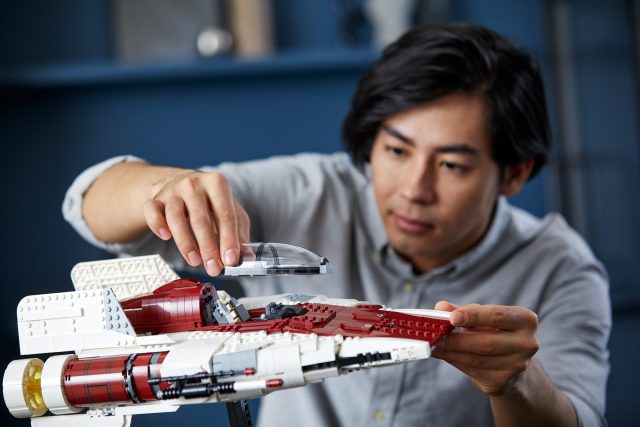 As an Ultimate Collector Series set, what new building challenges does the A-wing bring for experienced builders?

The sleek exterior makes the model look deceptively simple, but in reality it is far from that! It is in fact quite complex, once you start looking at the interior and begin to realize how everything fits together and connects. An experienced UCS fan should have a blast!

Are there light bricks hidden in the engines or is the glow an artistic choice on the front of the box?

The engines don’t really glow, but the 6×6 transparent-yellow dishes do a nice job making it look as if. 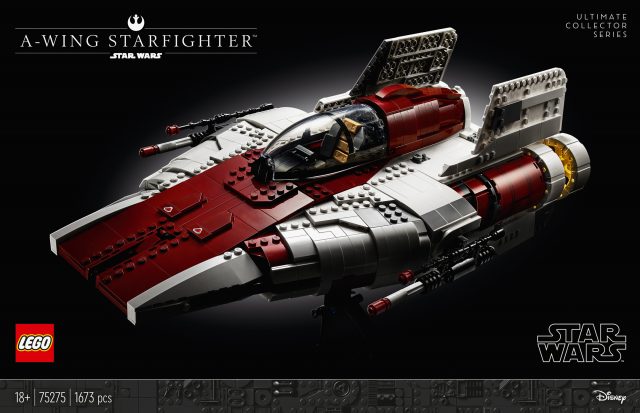 Have you hidden any personal nods or Easter eggs within the build or graphics?

Not this time. It is difficult to get away with that kind of stuff in an IP (Intellectual Property)-based product. I managed it with set 75141 Kanan’s Speeder Bike though, where my car’s license plate appears on a sticker in Star Wars alphabet.

Is there functional landing gear, to display the model without the stand?

Landing gear is not included, as the model is best displayed on its display stand – as if in flight. The original miniatures created for filming Return of the Jedi also didn’t have landing gear.

What part of the A-wing design are you most proud of?

I am particularly fond of the seat, where I had a little more freedom. The rest of the model is reference-locked, so to say, but the seat is mostly hidden by the pilot. That allowed me to design a seat inspired from those in sports cars.

What can you tell me about the A-wing pilot minifigure that’s included? There was a very similar minifigure in the 75003 A-wing Starfighter in 2013; how did you go about updating the design?

The A-wing pilot is a new and updated version of the previous one from 2013. The overall design of the minifigure has been updated to give it a new fresh look and feel. More details have been added to closer match the original reference. The helmet now has titanium printed on the sides, which align more accurately with the original reference for the A-wing pilot helmet. 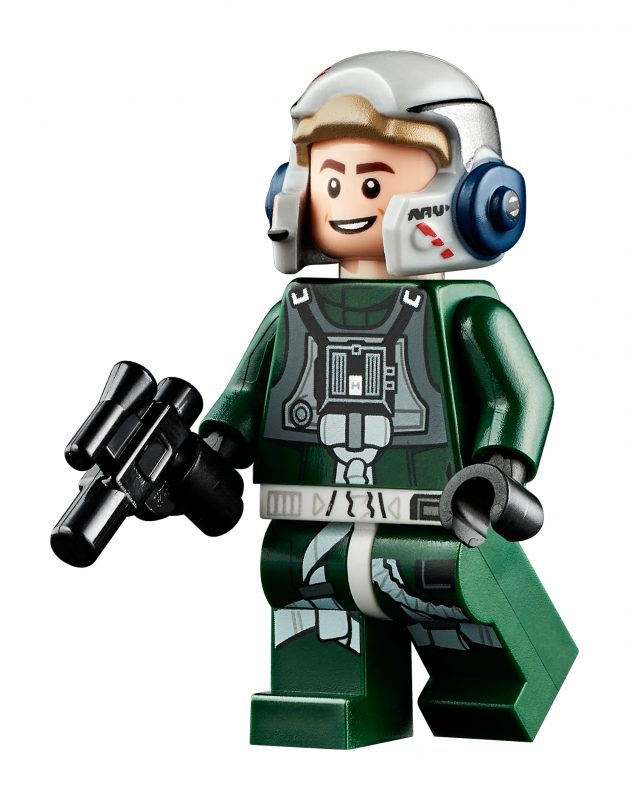 Does the minifigure represent a specific pilot from the films?

No, the minifigure represents a generic A-wing pilot from Return of the Jedi. (Mission to Endor)

Thank you so much for taking the time to answer our questions.

Be sure to watch out for our full, hands-on review of the set, coming soon!