Welcome to Day 15 of our LEGO Advent Calendar countdown. Each day, we’ll reveal the four mini-builds from the LEGO Harry Potter, LEGO Star Wars, LEGO Friends, and LEGO City 2019 advent calendars along with commentary from The Brothers Brick team. 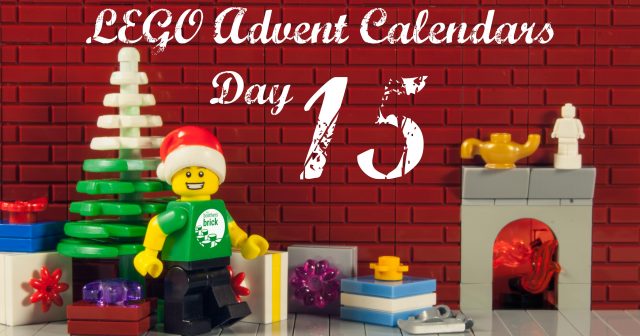 For Day 15, we have a wizard snowman from Harry Potter and a Battle Droid from Star Wars. 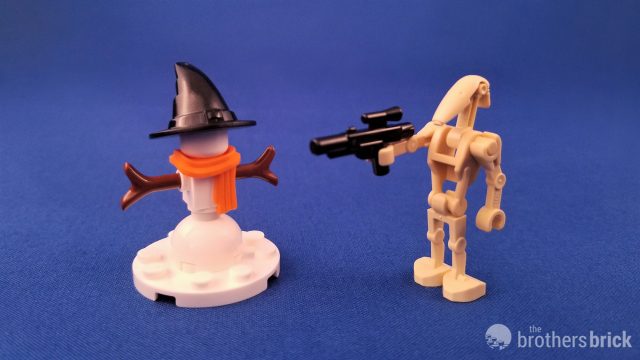 Dave: That is another great way to do a snowman! LEGO is really turning a new leaf when it comes to snowmen… maybe it is all in the hats and scarves like from the City Advent Day 9. The inclusion of a battle droid feels like it is becoming a tradition since it was included in the Star Wars advent from last year, 2016, 2013 and now this year. It hasn’t been in a whole lot of actual sets, though with the most recent being 75261 Clone Scout Walker that is retiring soon.

Benjamin: The scarf goes a long ways to making that snowman one of the best I’ve seen in an Advent calendar.

Daniel: Honestly, my money is on the snowman. I mean, how much damage can a tiny blast of heated plasma do?

Lino: “But I gave you my carrot last week, what more do you want?”

Continuing with Day 15, we have a green ornament from Friends and a snowmobile from City. 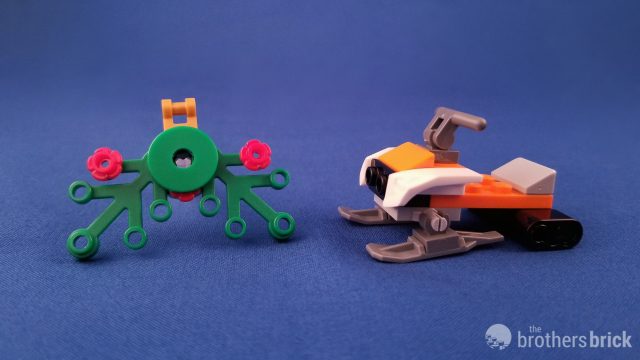 Dave: Well, that is an interesting ornament from Friends. Looks like half the ornament that was included last year. Actually that seems like the entire Friends theme this year–half the advent calendar we were last year! Quite sad actually, and I wonder about the internal justifications as to why. For City, we have a snowmobile (or snow machine as I call it). I like it and it feels substantial, though sorely lacking a few clear round tiles for some headlights!

Benjamin: That’s actually a decent snowmobile. The colors are a mess, but the build is decent.

Lino: She was a wreath of holly, he was a fast snowmobile. Together they were an unstoppable crime fighting team that brought fire and mayhem in their wake! Watch Holly and the Speeder tonight at 8 on ABC!

Ryan: I thought the holly was a weird Cthulhu monster. 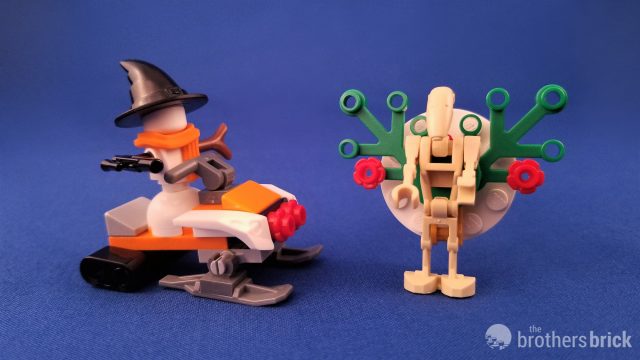 Dave: Fixed the headlights! Now the friendly snowmobile-man and the droid-angle can shoot holiday flowers at each other in peace.

Lino: Merchandising pitch at Disney Studios gets desperate:
“Hang on, just hear me out, will you? You have a snowmobiling witch-snowman with a gun for an arm. Then you’ve got this battle droid with mistletoe wings… only they’ll have like real missiles on them. Get it? … What do you mean no? C’mon Roger, it’ll be our best Christmas-Halloween crossover since Nightmare Before Christmas!”

Ryan: That is one beautiful butterfly.