Today marks the 40th anniversary of the theatrical release of Ridley Scott’s Alien — a ground-breaking sci-fi movie that has been giving film-goers nightmares the world over. This LEGO scene built by TBB’s own Iain Heath shows crewmember Kane making one of the most obvious blunders in movie history — discovering an entire room filled with egg-like shapes, and seeing one of those ominous shapes opening up like a death flower, decides to reach out to touch it. 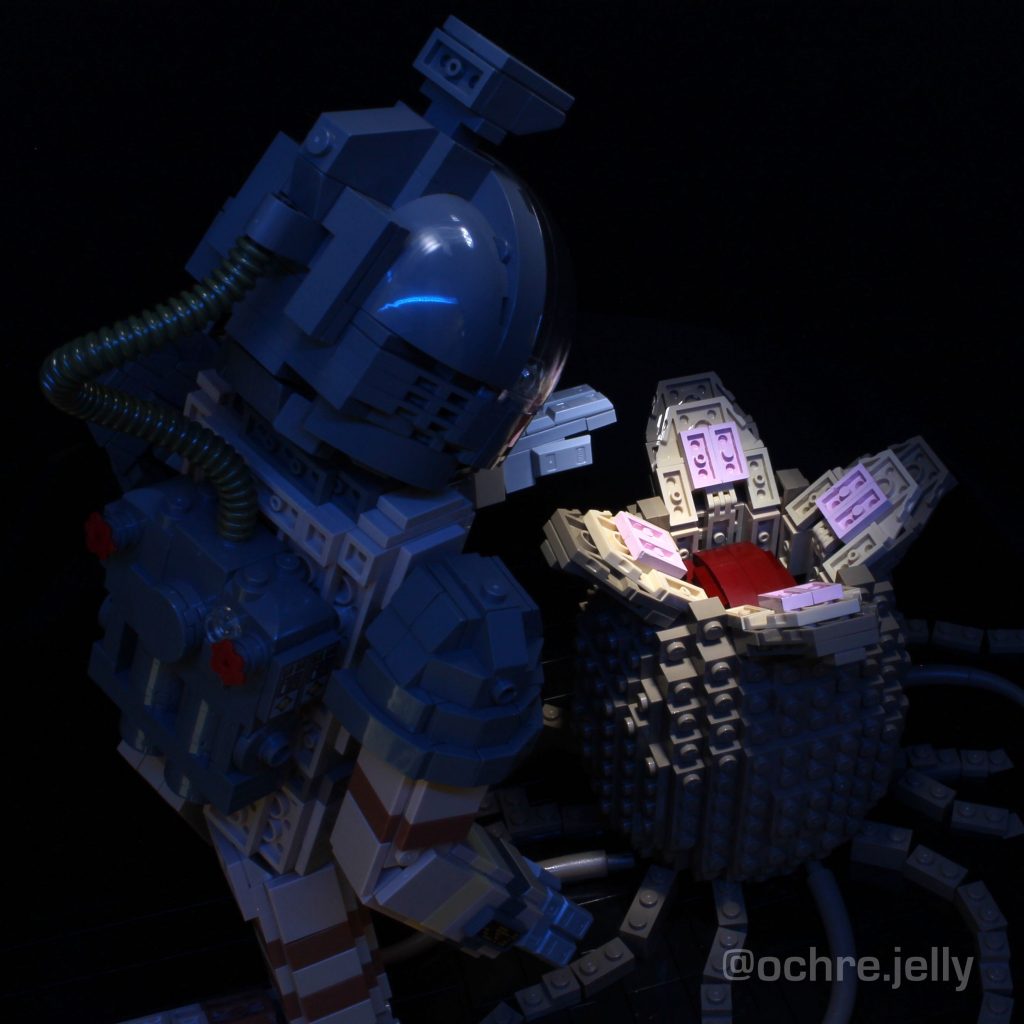 Iain has not only captured the bulky aesthetic of the Nostromo’s space suit and the organic and menacing egg sac, but the scene is also lit in a very spooky way that matches the on-screen source material perfectly. 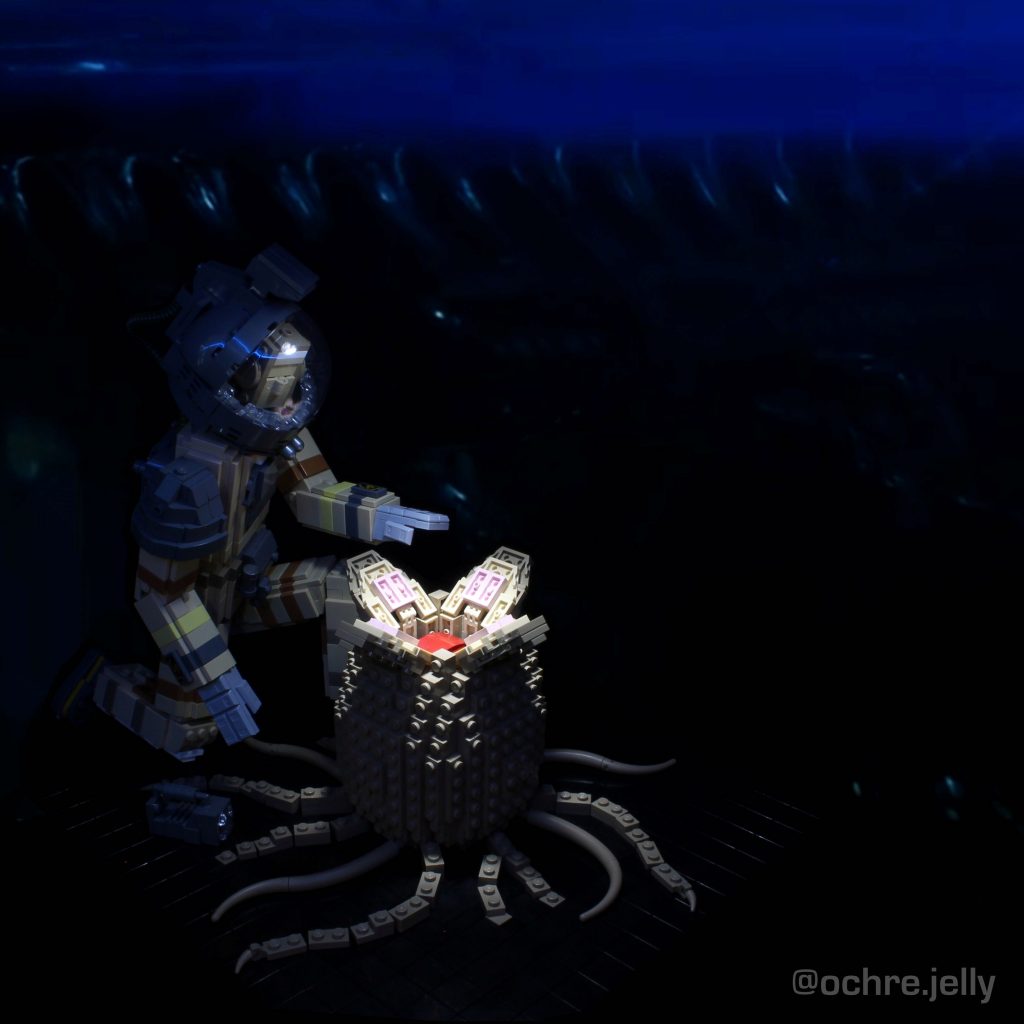 The silver ingots make great spacesuit fingers and the faceplate of the helmet is made using the quarter dome windscreen, which at the moment only comes in one LEGO set, 7592 Buzz Lightyear. 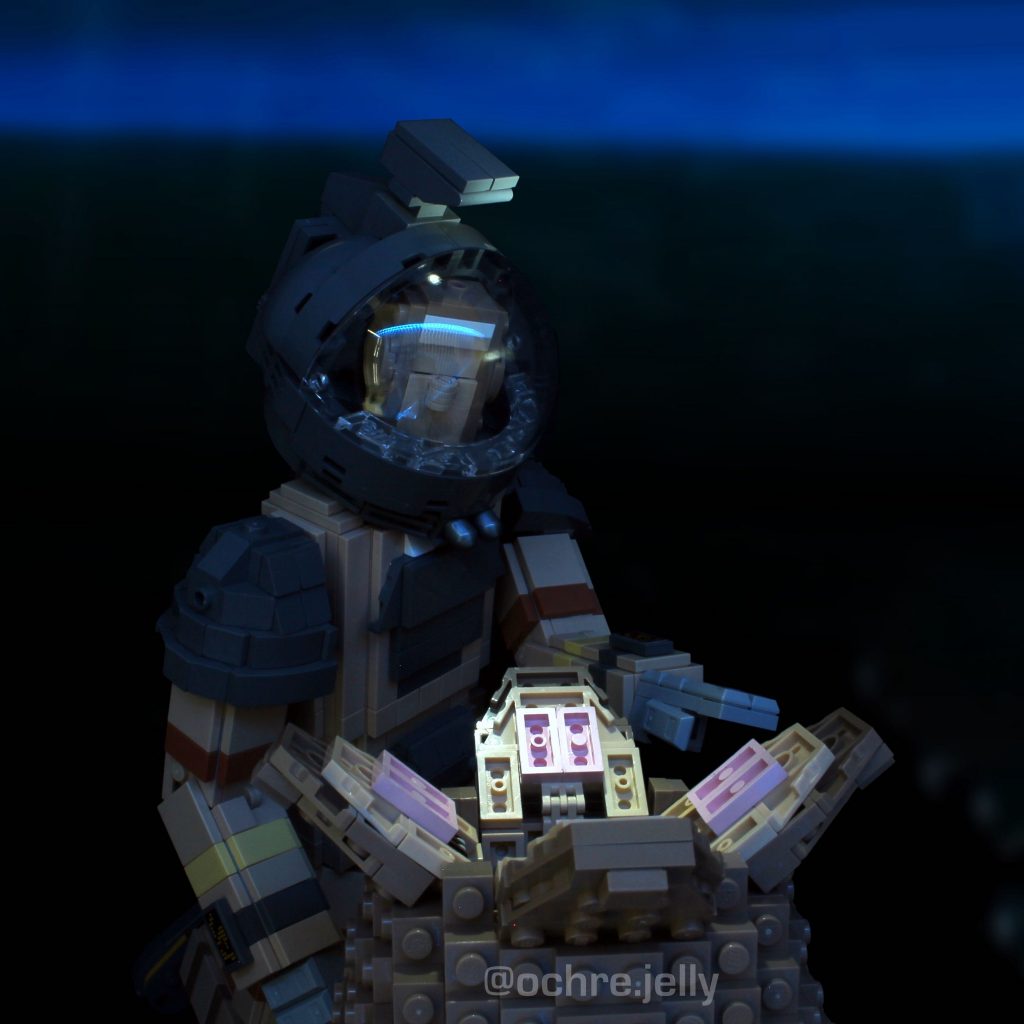 In this fully lit shot, you can even see the blocky light that Kane sets down to the side of the eggsack, which in the film, shines light through the translucent skin of the egg to reveal Ridley Scott’s dishwashing gloved hands fluttering, foreshadowing the Facehugger about to burst out and attach itself to Kane’s face. 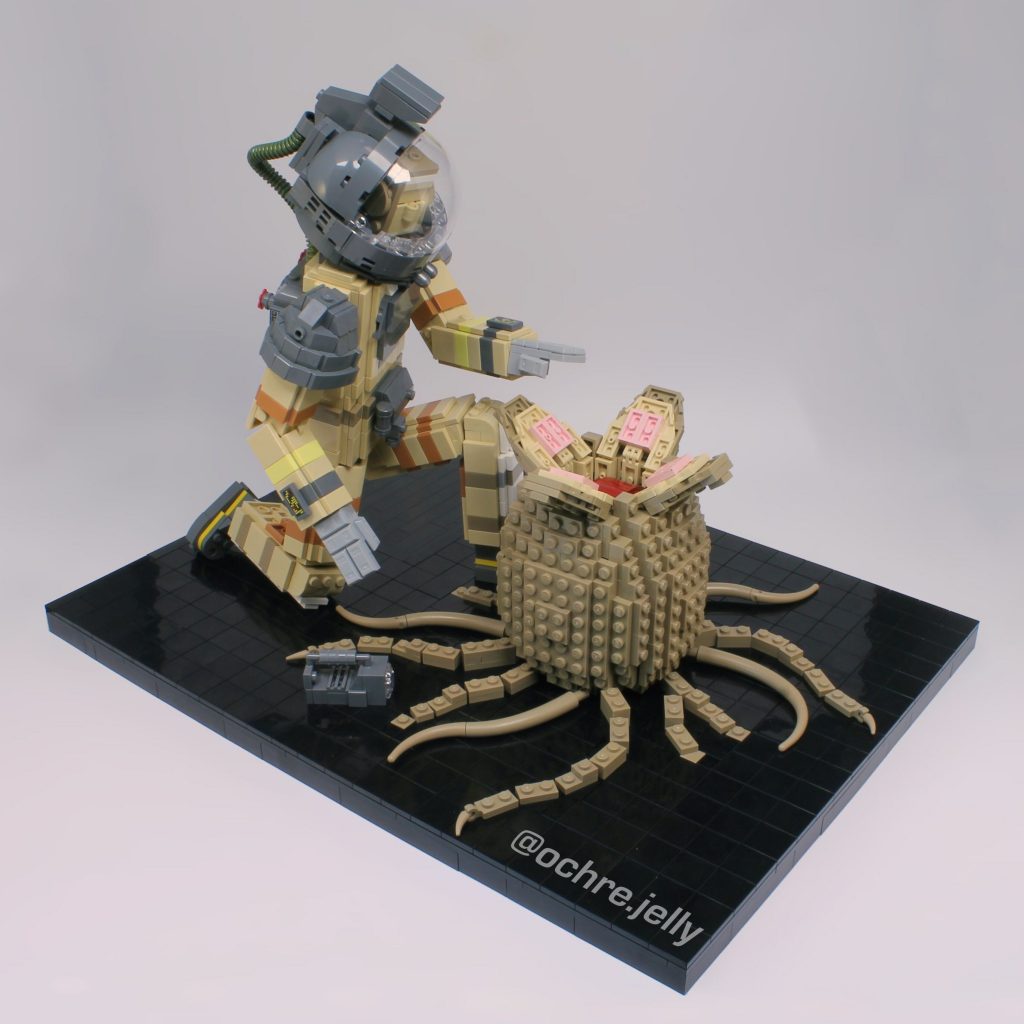 If this scene by Iain isn’t enough to give you nightmares for a week, be sure to check out the many fantastically terrifying LEGO Alien and Aliens models we’ve featured over the years, throughout the Xenomorph’s entire lifecycle.