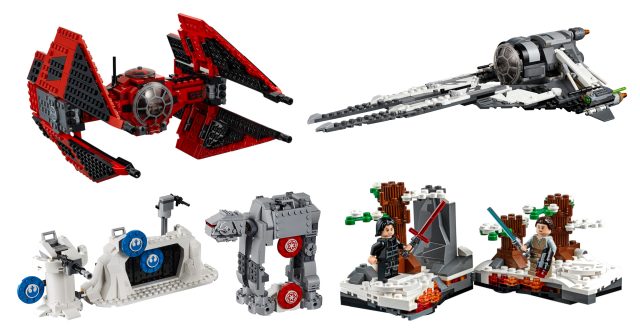 The first set based on Star Wars Resistance, this red and black First Order TIE Fighter is equipped with a hyperdrive and comes with Major Vonreg, General Leia, Kaz Xiono, and Bucket the droid (R1-J5).

This modified TIE Interceptor from the Ace Squadron is the second set based on Star Wars Resistance. It comes with pilot Griff Halloran, Poe Dameron and BB-8. 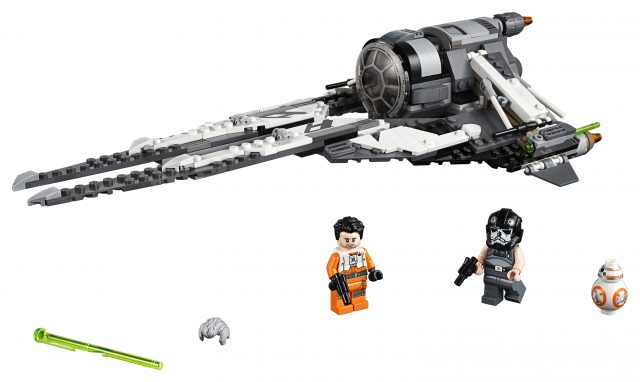 This Echo Base is LEGO’s first Star Wars “Action Battle” set which includes projectiles and specific targets incorporated into the set. The set also comes with a small scale AT-AT Walker, two Snowtroopers, three Rebel Troopers and a Probe Droid. 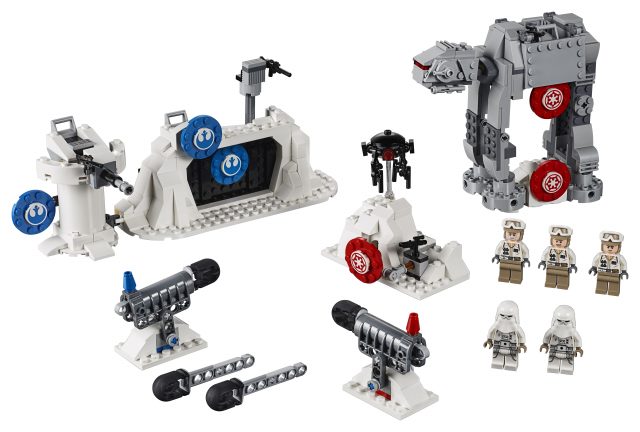 The second Star Wars “Action Battle” set is an extension of the first Echo Base set that comes with a shield generator and Rebel Trooper and a laser with a Snowtrooper, both with projectiles and targets. 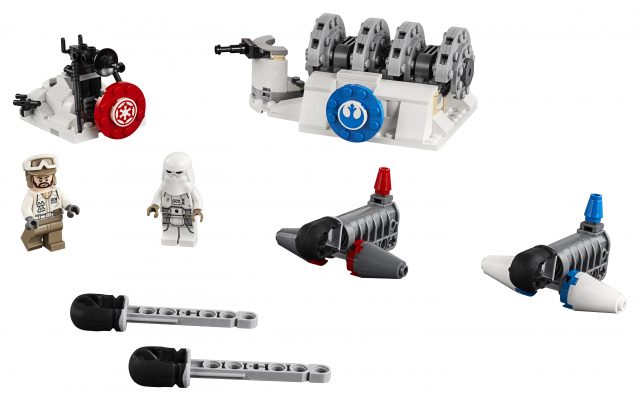 The third Star Wars “Action Battle” set is based on Endor and comes with Wicket and a miniature Ewok Village treehouse as well as a Scout Trooper and small scale, brown 74-Z speeder bike. 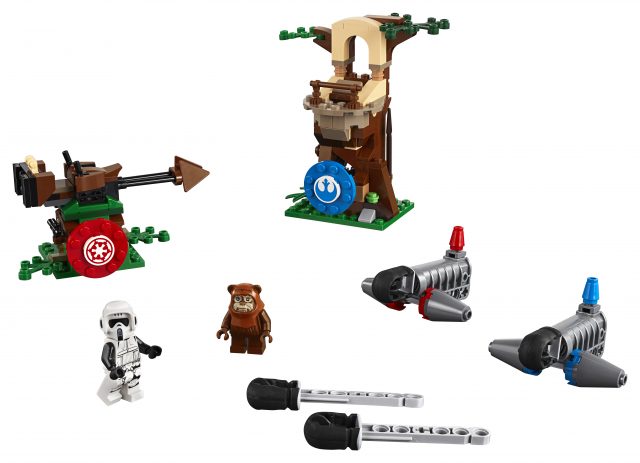 This set features Rey and Kylo Ren’s final battle on the snowy Starkiller Base from The Force Awakens. The set pivots open to simulate the breaking and separating ground from the iconic scene.