When the Porsche 917K hit the racing circuit, it made waves with victories at Le Mans in 1970 and 1971. This historic race car achieved further fame when it was driven by actor Steve McQueen in the classic film Le Mans (1971). McQueen’s 917K sported the Gulf racing team’s bold but beautiful light blue and orange livery. This particular version of the car holds a special place in Pawel Kmieć’s heart, so he painstakingly scaled it down into a terrific remote-controlled Technic model. 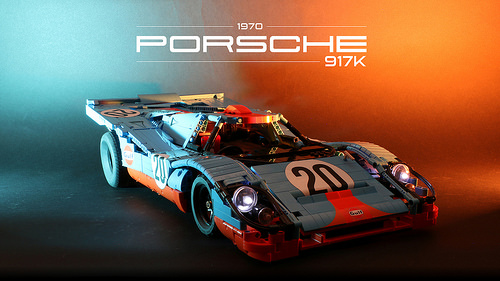 Pawel notes that one of the most challenging aspects of the build was working with the medium blue and orange color scheme. Despite the limited palette of Technic parts available in medium blue, Pawel pulled off this livery while still preserving the sleek and subtle curves and slopes found in the actual car. He has even made a video for us to see it in action.

Even with limitations, Pawel also managed to incorporate working doors that fold upward, just like the real thing. It also features working headlights and taillights. 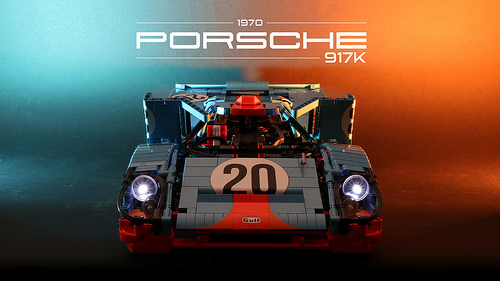 The mechanics inside are amazing. According to Pawel, “the rear axle was driven by 4 LEGO RC motors powered from two BuWizz 2.0 units, while a PF Servo motor steered the front axle. Both axles had double wishbone independent suspension; the front suspension was extremely hard, while the rear one was using long wishbones from the LEGO F1 sets, as well as adjustable shock absorbers.” If you’d like to learn more about Pawel’s design process, you can visit his website for a post on the 1970 Porsche 917K. 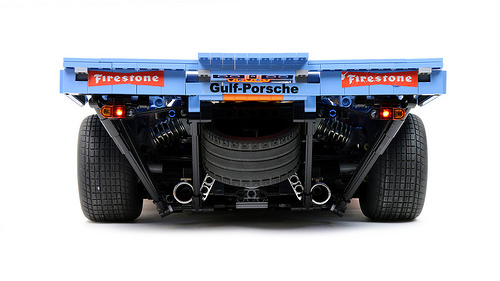