The new City train sets have been revealed last week partially confirming the long-rumored updates of the Power Functions system. With only the pictures of the front of the boxes it was pretty hard to say whether the new system will support Bluetooth connection or not, but now, as pictures of the rear side have appeared online, the answer is “yes”; the new trains can be both controlled with a remote controller (included in each set) or with a smart phone. 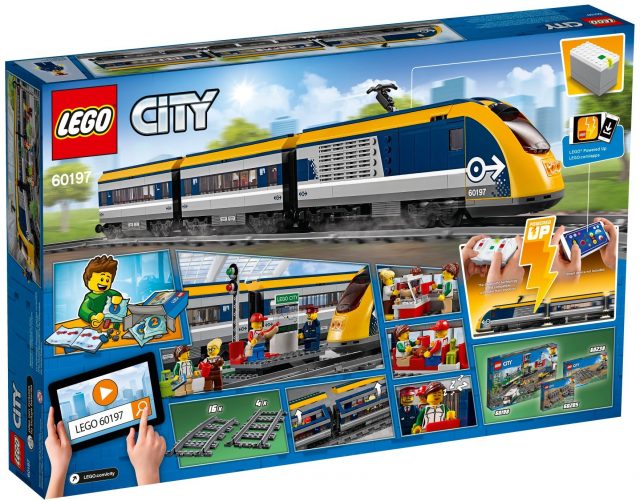 The new trains will bring two major updates. First, no dedicated receiving element is required from now on. The new power brick, despite being roughly the same size as the old versions (84599 and 87513c01), is designed with Bluetooth receiver integrated into it. 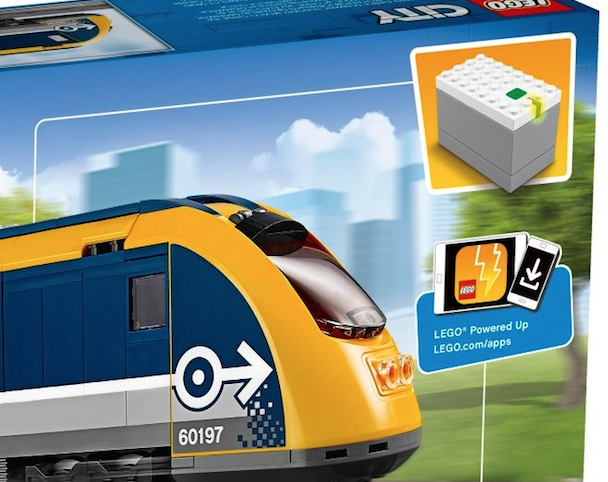 Secondly, both trains can be controlled via a smart phone application called LEGO Powered Up, first announced with the new App-Controlled Batmobile. Judging by the picture of its interface, it’s safe to say the app will bring a ton more play features than a default remote controller. The most obvious functions to be integrated into the app are the light and sound effects, but it’s very hard to say for sure at the moment. The app isn’t available on smartphones just yet, but we suppose it can be not just trains-oriented. With customisable interface and vast variety of Power Functions elements the app can be possibly used to control other future LEGO sets, especially Technic ones. 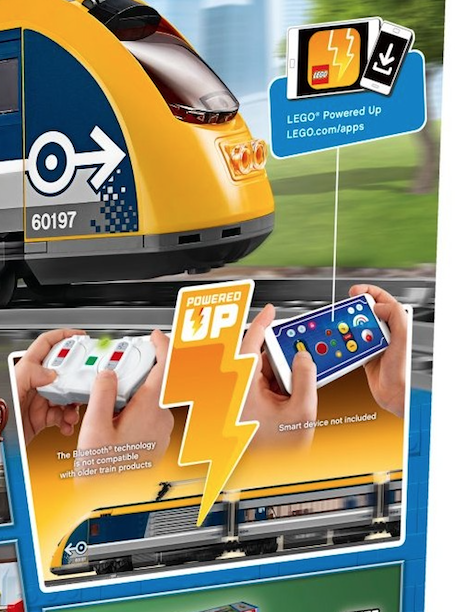 One of the many things that are still to be confirmed is whether the new 2.0 system will use the old Power Functions connectors or not. The new pictures show that the top surface of the battery/receiver block has no connectors; it’s quite possible that the new system has the same connectors as LEGO Boost (left on the picture below). 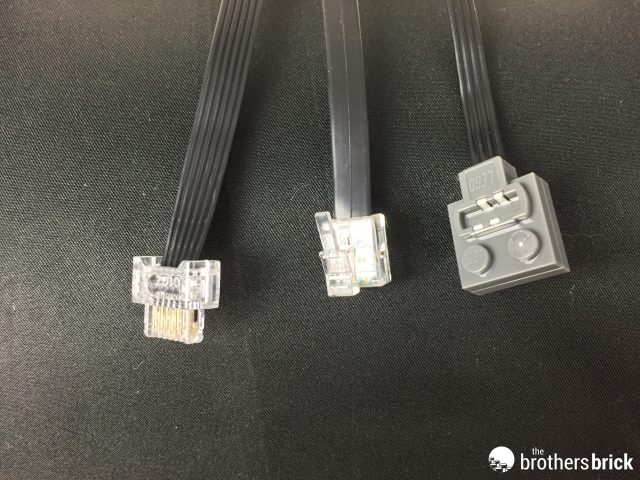