Built by the members of SwissLUG as a collaborative build, this amazing Victorian-age city has details everywhere you look. Unlike many LEGO cities, the properly scaled tall ship at the docks doesn’t dwarf the rest of the layout, fitting right in while also serving as a beautiful anchor in the center of the scene. 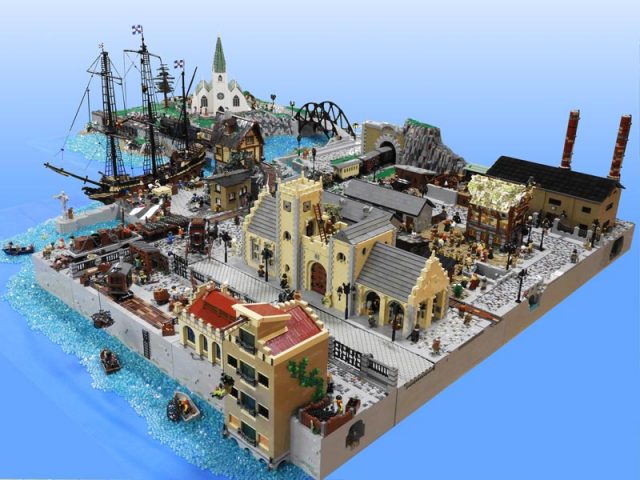 The builders have named the city Brickerei, and have assembled it to display at public LEGO shows along with their club.

On the far end of the town lies the church with a small cemetery. Builder Peter Dornbach says the design was inspired by the Bodelwyddan church in Wales. It’s connected to the rest of the town by a fantastic little arched bridge for the roadway. 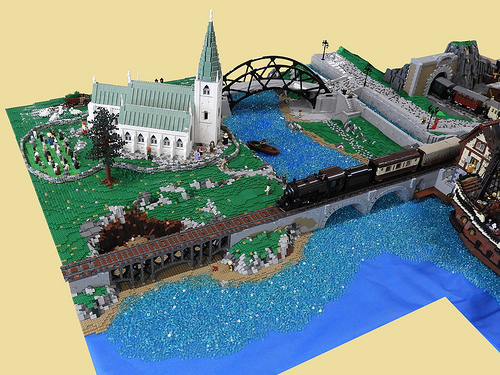 Here also is where one of the rail lines exits the city, carrying the beautiful classic steam engine and ornate passenger cars. 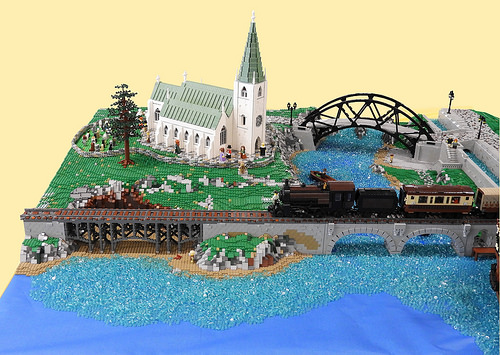 Just across the rail bridge into the city is the large quay with a splendid three-masted ship docked for transferring cargo. 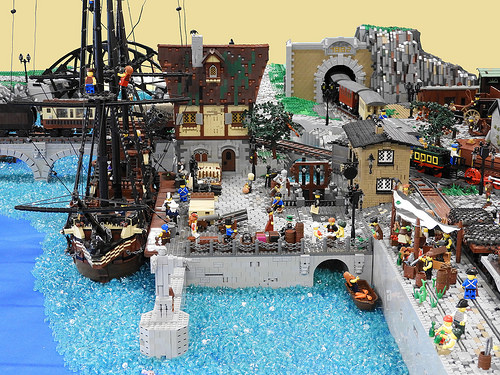 There’s plenty of room at the quay for other ships as well, and several portside cranes are available to service the ships, along with a rail line running right to the edge of the dock. 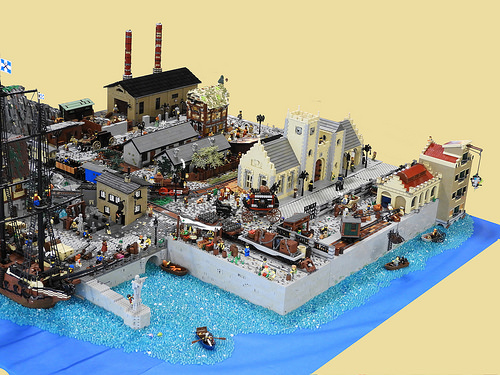 And to ferry that freight around, a smaller yard engine runs the tracks through the industrial district. The detailing in the diorama stands out, with such great techniques as the roof made of Technic pins, and the patterned tiles on the roadway behind. 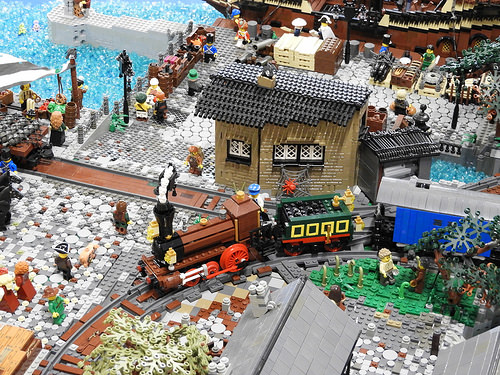 Deep in the industrial district are worker’s homes, some new and some showing considerable wear, much like the precariously tall tavern that looks to be overrun with moss. Note the stone archway around the tavern’s door, made of plates not quite all the way stuck together. 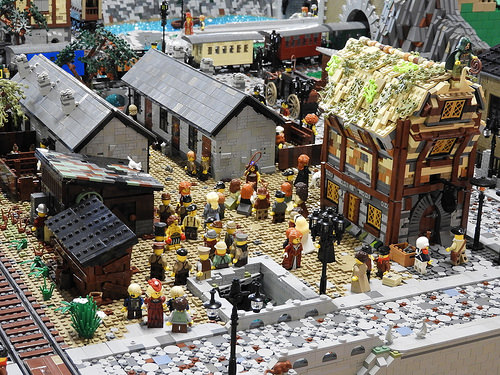 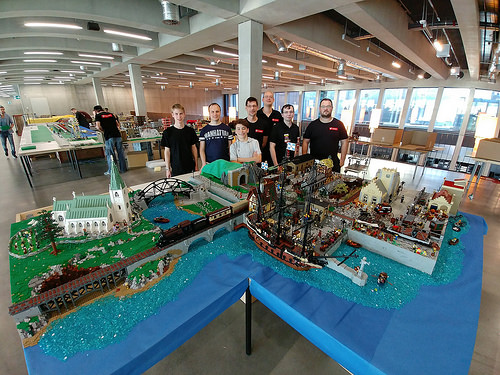