It seems like a crime how underrated Dutch builder Barthezz Brick is, and he’s lucky to have Spider-Man stop this crime! Barthezz Brick has been featured on the Brothers Brick before with a smaller downtown city scene, but he has outdone himself with this large and extremely detailed diorama of Spider-Man, surrounded by busy and realistic city life. 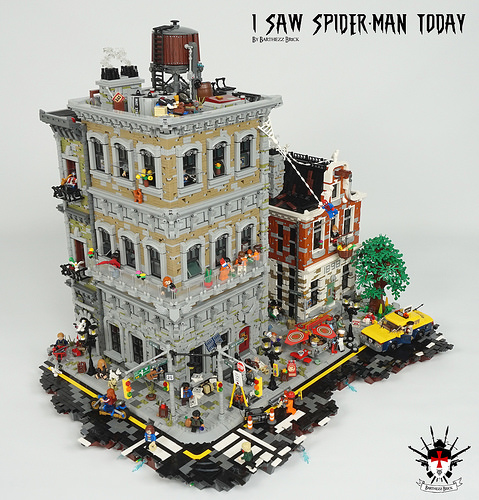 There is so much detail here that it is hard to take it all in without revisiting the pictures a few extra times. The busy city life shows both completely oblivious citizens and ones very much involved in the story, such as the robber right under the corner of the larger building and a security guard and obviously Spider-Man chasing him. While the amazing minifig action fills it with life, the diorama would work perfectly fine on its own, from the water tank on the roof and the level of detail above ground to the the pipes and wires running underground. 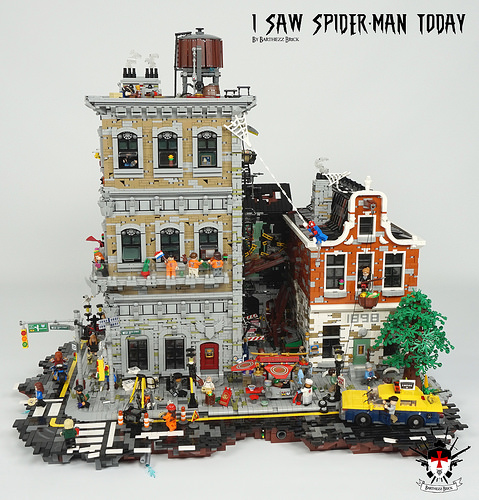 The back alley is hidden in the main picture, but it actually holds some of the best details, like broken windows with police tape over them. The whole diorama is covered with all sorts of stickers, both custom and official ones. 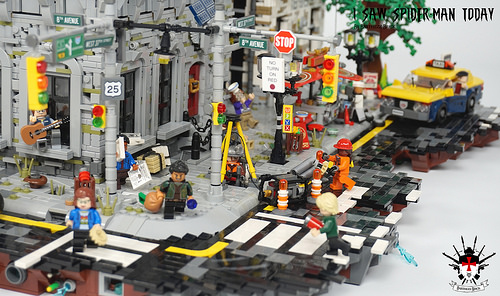 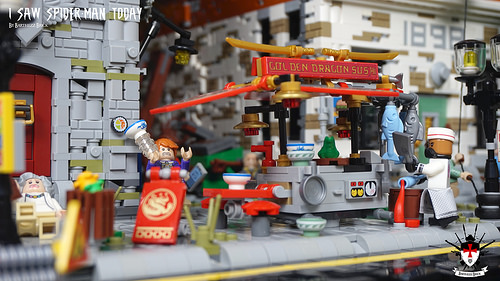