If you have never heard of Barthezz Brick before, I will not blame you. But after this recent creation of his, “A Cold Day in Hell,” there will be no excuse for that! We rarely feature custom minifigures, which seem to be Barthezz’s strongest point, so there is no surprise he has stayed under the radar for most LEGO fans, but now he has made a definite breakthrough into more widely popular themes. 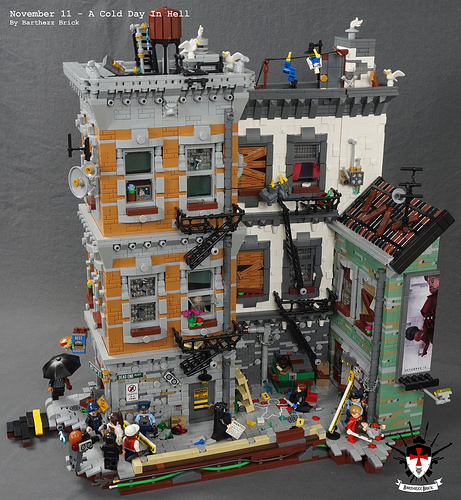 Not a single stud of space is wasted on this diorama, with a busy crime scene at the ground level and details on every single building, on every level — including the roof. 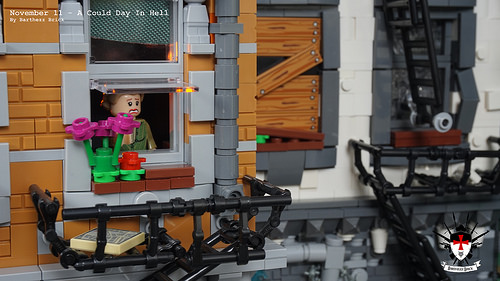 There is a great atmosphere about this build, achieved by imperfect angles, dense textures, a muted colour scheme and further facilitated by the background and excellent photography. Not even the ground of the diorama is wasted, with wires running all the way through and the road spilling out of the borders. 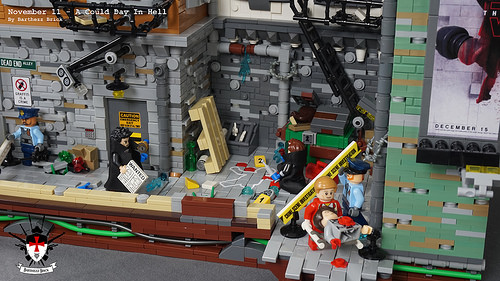 There is no denying that there is a larger world to this, but it is also obvious that the depicted crime scene is probably the most interesting event going on in the vicinity. If cutting and gluing LEGO bricks is your worst nightmare, I suggest not looking too closely, but in any other instance, you probably should. The builder also hints that there may be a way of solving the mystery on the diorama… 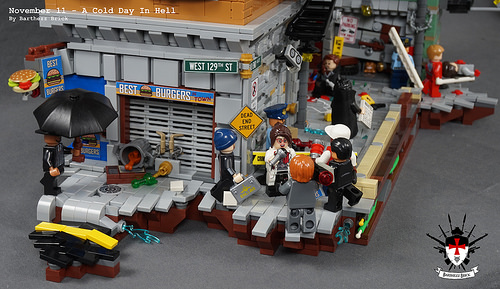