With the original Tomb Raider video game released back in 1996 and yet another movie this year, it’s clear that there’s a lot of mileage in the Lara Croft story. The mix of adventure, exotic locations and history also makes Tomb Raider great inspiration for LEGO creations. Kevin Wanner has created a Tomb Raider diorama that has some powered features — a cascading waterfall and a perilously angled B-25 that moves as Lara Croft crosses. The negative space lettering is nicely constructed and there’s a lot of character built into the overgrown crash site. 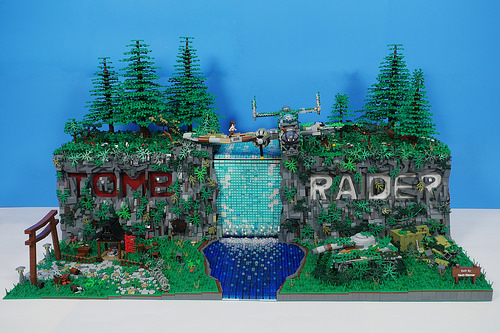 You can see Lara Croft crossing on the wing of a wrecked B-25 Mitchell bomber, with the cascading waterfall below. 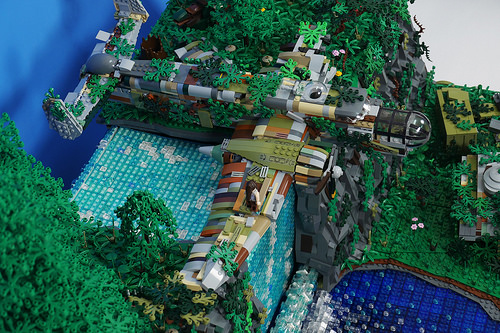