Until the final season of Game of Thrones is over, every dragon is going to remind of Drogon, Rhaegal or Viserion, but this one hits the mark more than most. Creations which give a sense of life in motion are always exceptional, and this one is simply on fire! Inspired by a dragon that was seen in a piece of artwork, mrxsto99‘s model captures a heroic knight on a steed battling against the odds with a larger-than-life dragon. 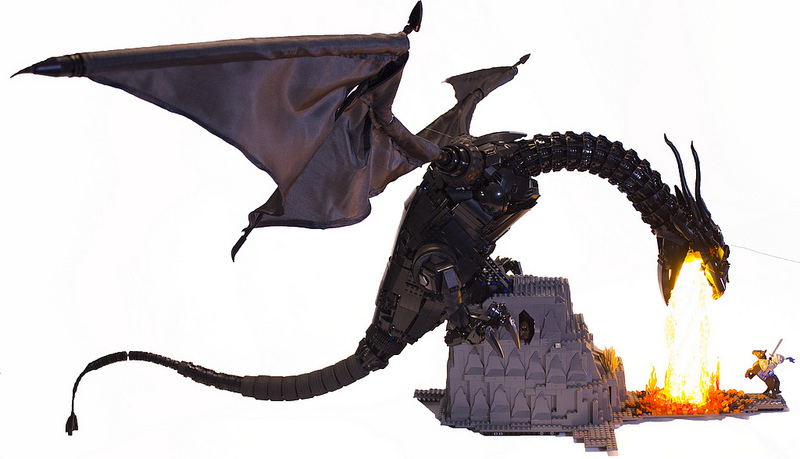 With a wingspan of 70 inches and a similar length from head to tail, this dragon is a force to be reckoned with. And at 30 inches high, the beast is more than enough warn off any hero wannabe. 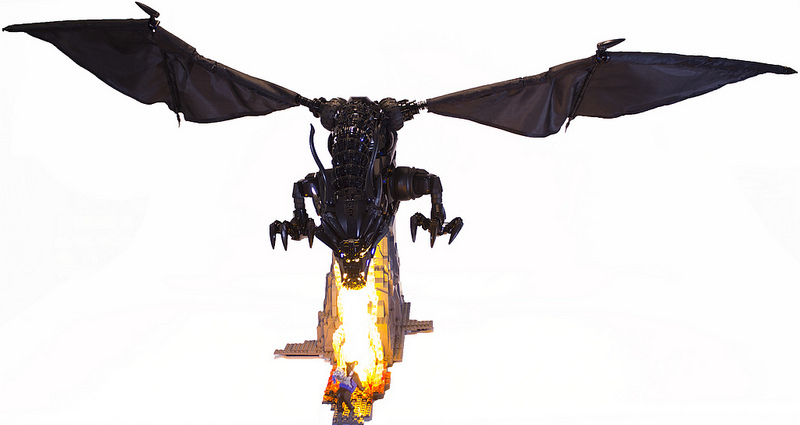 The only two parts I can tell that are non-LEGO made are the wing webs and the lighting effects, which really take this model to the next level. The builder tells us he created it using a simple LED lightstrip that runs on AC. 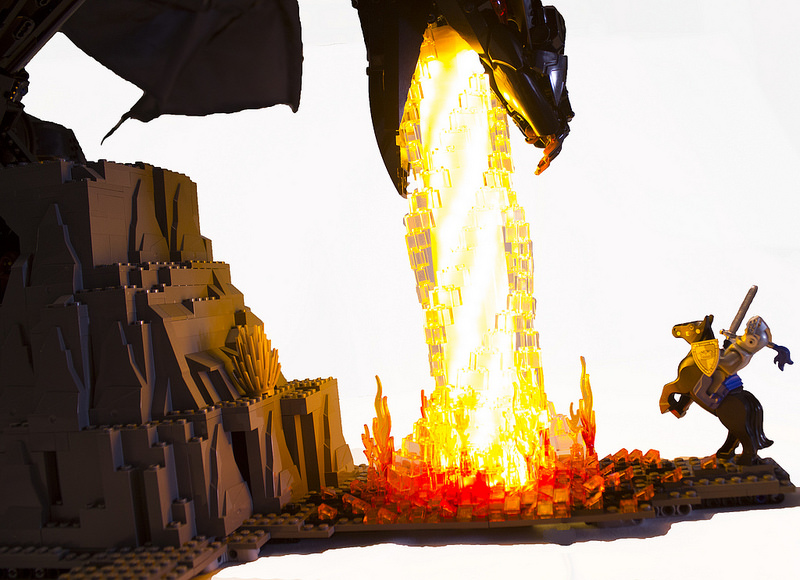