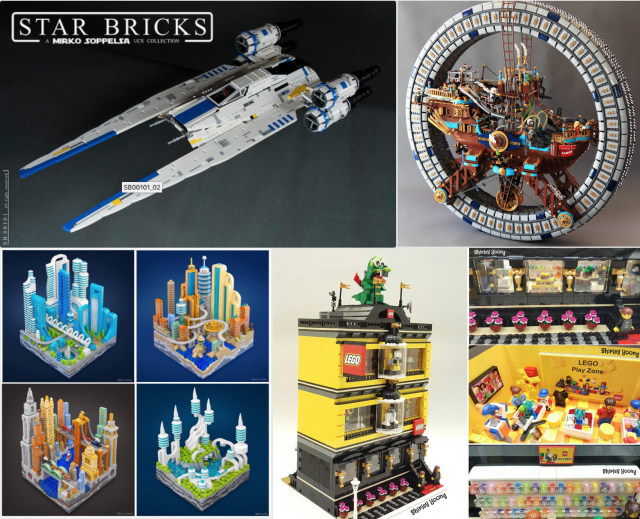 Our tenth most popular build is a cleverly constructed Rubik’s Cube that transforms into a colourful mecha. Joe posted the just the initial Rubik’s cube image as a teaser initially, so the surprise ‘functional’ element was the transformation to Rubrikon. 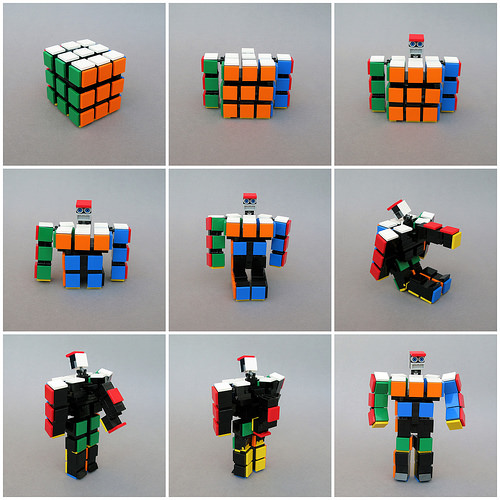 Shirley Yoong’s modular LEGO store featured three floors of details mirroring the features of a real store.  With a Pick A Brick wall, shelves full of expensive sets, a play area and a busy cashier, this creation was a clear winner with fellow LEGO fans. 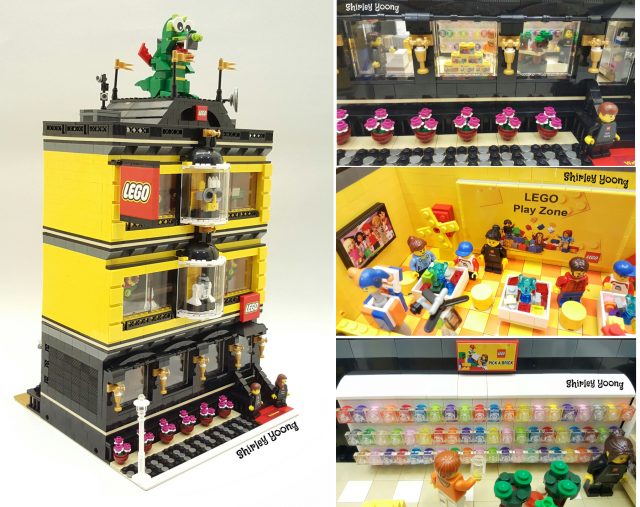 One of our contenders for The Brothers Brick Creation of the Year 2017 comes in at number 8. Jeff’s beautiful utopian cityscapes certainly captured the imagination of many readers. 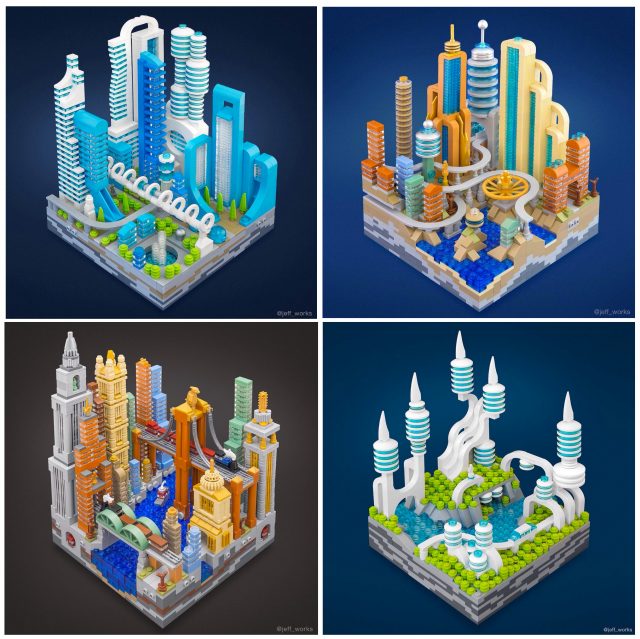 #7: Autobots Roll out! by Alex Jones

Transformation featured once more, albeit in a much larger scale,  with Alex’s large collection of LEGO Transformers. Alex’s builds not only looked the part, but amazingly they also transformed into the robot version. His collection includes Ratchet, Tracks, Wheeljack, Bumblebee, Prowl, Hound, Mirage, Jazz, Sideswipe, Arcee, Ironhide, Grimlock and Optimus Prime. 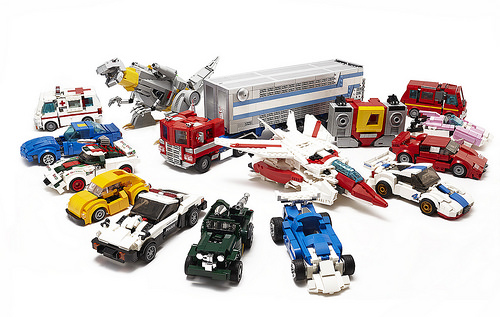 Star Wars is always a popular LEGO theme and we have already listed our Top 10 LEGO Star Wars set released in 2017. Mirko’s hugely impressive UCS U Wing was popular with our readers, not just because of its size, but the accuracy and attention to detail. 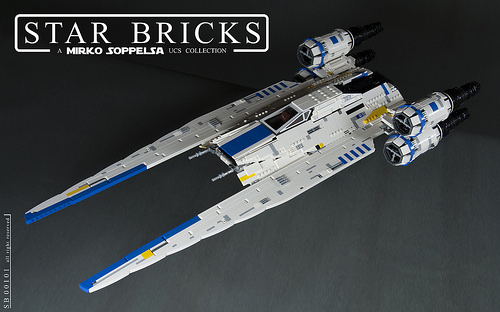 #5: Star Wars Hoth Echo Base by Brick a Ben, Ferroh12 and Brick_Phil

Our fifth most popular build is also Star Wars inspired, a massive diorama of Hoth Echo Base built using over 200,000 bricks and taking 2 years is definitely eye-catching .  Get out those sunglasses out to protect your eyes from snow-blindness, there’s a lot of white on show.

LEGO roller-coasters may be an official offering soon, but meanwhile we were astounded by this massive creation which stands at 6.5 meters long, 1.2 meters wide, 1.4 meters tall using over 90,ooo pieces.  Don’t let those cardboard boxes fool you, this coaster is a thing of beauty and the video of the carts flowing around the 26 meter long track is mesmerising. 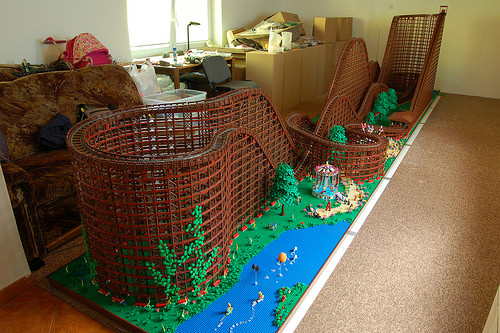 Our third most popular creation also rolls, but in a very different manner. Chris’ huge steam-powered mega wheel with a central galleon that seems to defy gravity was amazing to watch in action. 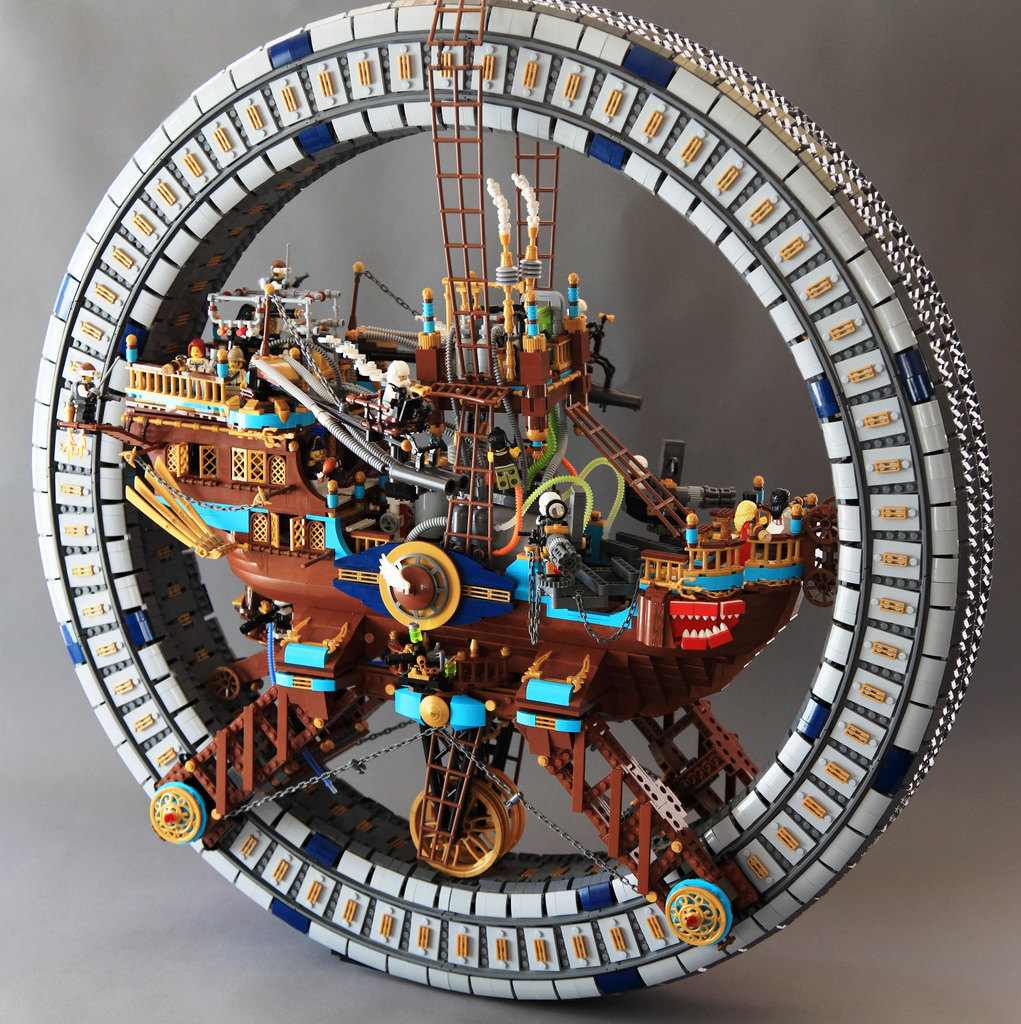 We only highlighted this amazing model a few days ago, but it has already become the second most popular creation this year.  Dawid’s 1:24 model crane is remote-controlled and uses 4 EV3 bricks, 9 motors, 7 light sensors, 1 touch sensor to function, it’s easily capable of lifting a chair. 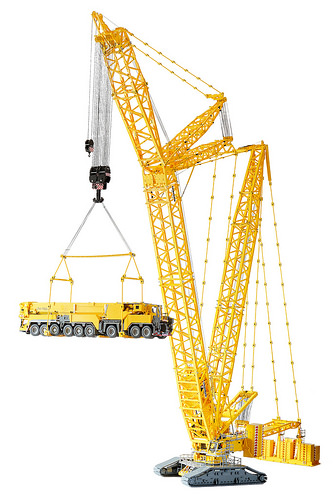 #1: The Last of Us by Tim Shwalfenberg

It will come of no surprise to learn that our most popular creation in 2017  is also one of the contenders for The Brothers Brick Creation of the Year 2017.  Tim Schwalfenberg’s hauntingly beautiful diorama based on the video game, The Last of Us was a huge favourite, and rightly so. Flora creeps into the dilapidated buildings, as floors sag and furniture rots after 20 years of disuse – this is an incredible build. 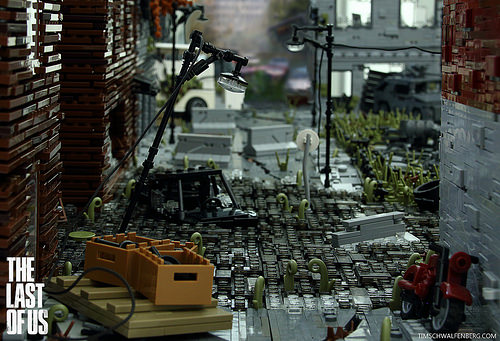 Do our top 10 most popular builds reflect your own favourites from this year?